OSIRIS-REx Launch Threatened for a Time by SpaceX Explosion 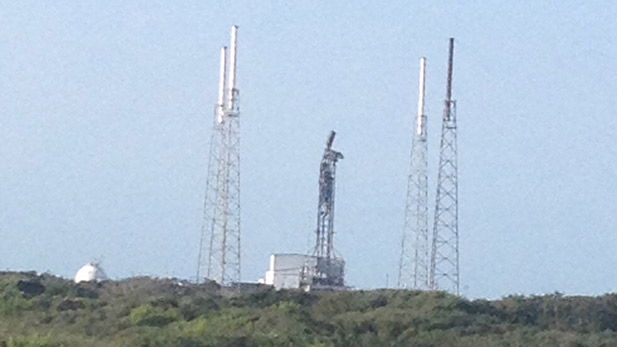 The University of Arizona’s OSIRIS-REx spacecraft is nearly a week into its seven-year journey, but a close call could have ended the mission before it launched from Cape Canaveral.

A SpaceX Falcon 9 rocket exploded in a test on Sept. 1, one week before the UA’s mission was set to blast off from a nearby launch pad.

An officer from the command responsible for Cape Canaveral Air Force Station, where unmanned missions launch, said that as crews fought the fire at the SpaceX pad, they learned that chillers protecting OSIRIS-REx lost pressure.

Without restoring those chillers, Lt. Col. Greg Lindsey said in a press release, the OSIRIS-REx spacecraft would have been lost. The spacecraft was in an open structure about a mile away from the destroyed rocket.

OSIRIS-REx launched without incident Sept. 8 and continues on its journey around the sun. It will pass by Earth next September on the way to the asteroid Bennu, where it will collect a sample and return to Earth in 2023.

UA's OSIRIS-REx Launch: 'We Got It Exactly Perfect' Hours Remain to Scheduled Launch of OSIRIS-REx New model lays out different possibilities for COVID-19 in Arizona
By posting comments, you agree to our
AZPM encourages comments, but comments that contain profanity, unrelated information, threats, libel, defamatory statements, obscenities, pornography or that violate the law are not allowed. Comments that promote commercial products or services are not allowed. Comments in violation of this policy will be removed. Continued posting of comments that violate this policy will result in the commenter being banned from the site.