University students and researchers work with NASA on a number of high-profile projects. by Christopher Conover Tweet 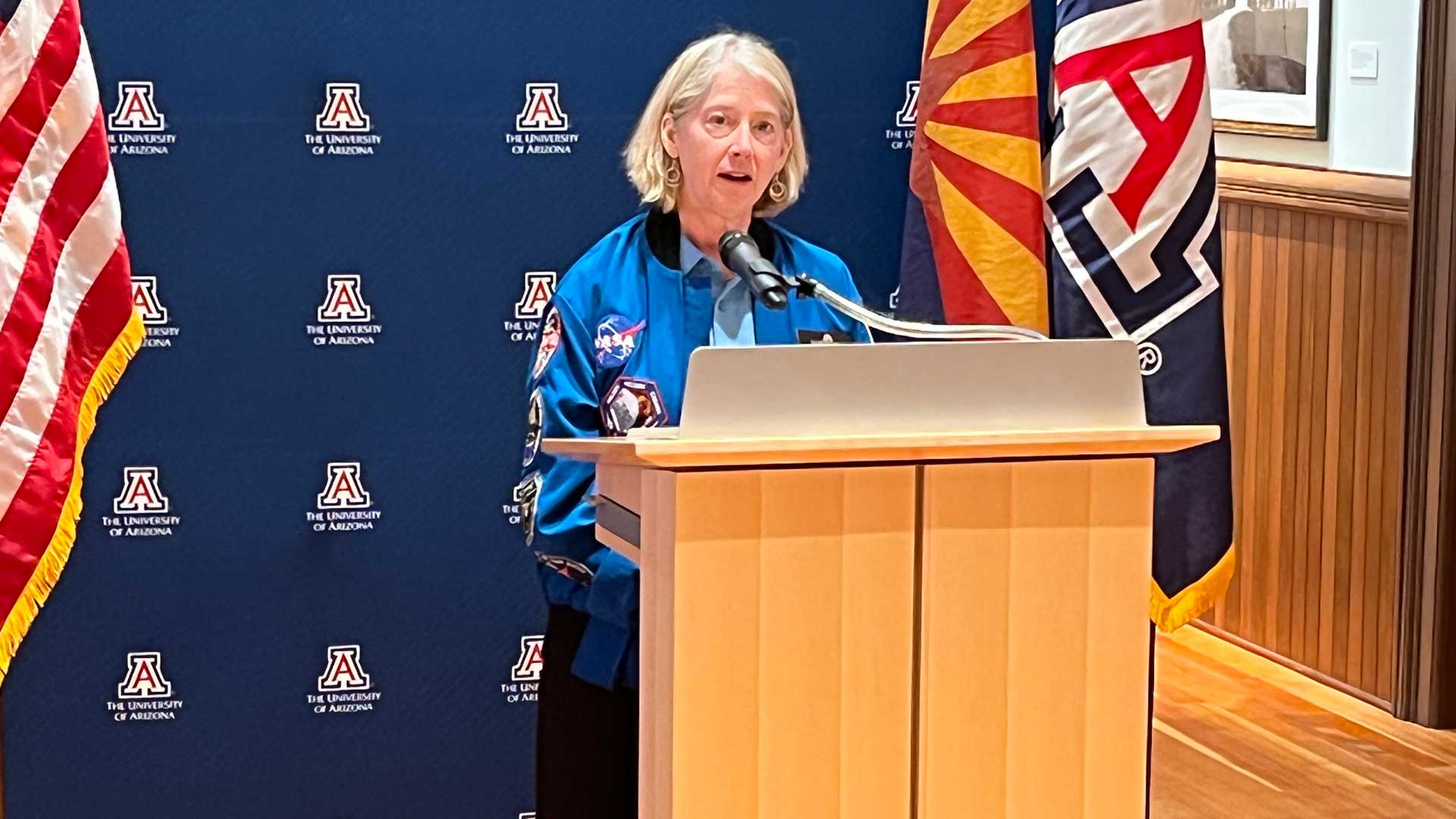 NASA Deputy Administrator Pam Melroy during a visit to the University of Arizona. May 6, 2022

The comments came after Melroy spent time Friday meeting with students and faculty working on various NASA related programs including the James Webb Space Telescope and the Osiris-REx mission.

" Some of the most inspiring pictures that we have seen over the last few couple of years have very strong roots right here. The one I think that blew the world away was of course was the James Webb telescope," she said.

University of Arizona scientists developed one of the cameras used by the telescope.

Melroy said the interdisciplinary nature of the UA programs, combining engineering and science are crucial to advancing space research and travel.

Data from the National Science Foundation show that, as of December 2021, the university is number five when it comes to NASA research and development expenditures and number three among public universities at $60 million dollars.

NSF data also show UA is tops, at $121 million dollars when it comes to expenditures in astronomy and astrophysics.

NASA to extend OSIRIS-REx spacecraft for a mission to a second asteroid James Webb Space Telescope reaches its target OSIRIS-REx stows its asteroid sample earlier than planned
By posting comments, you agree to our
AZPM encourages comments, but comments that contain profanity, unrelated information, threats, libel, defamatory statements, obscenities, pornography or that violate the law are not allowed. Comments that promote commercial products or services are not allowed. Comments in violation of this policy will be removed. Continued posting of comments that violate this policy will result in the commenter being banned from the site.