Arizona nonprofits have reinvented themselves, scaled back and made other moves to respond to the dualing dynamics of a post-recession economy - shifts and declines in charitable giving and increased demand for human services. 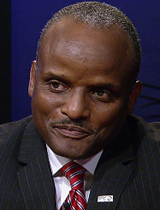 Four nonprofit executives assessed the state of the nonprofit economy and their own operations for Friday's Arizona Week broadcast. All agreed with the landscape has changed and nothing is the way it was pre-recession, although several have seen gains and improvements.

"We are recovering, and in fact, the past recession ... did significantly impact nonprofits," said Tony Penn, president and CEO of United Way of Tucson and Southern Arizona. "We're doing much better. In fact this past year, we saw an increase of approximately 4 percent (in giving) for nonprofits in Tucson and throughout the Arizona Region."

The dynamic was a move toward human needs and away from other areas, other officials said.

"In the recession, there was a shift of philanthropic dollars away from the arts to health and human services," said Jim Ward, president and CEO of the Phoenix Symphony. "There's no doubt about that." 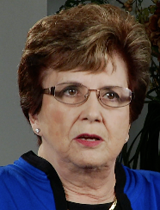 Barbara Ralston, executive director of Homeward Bound, a Phoenix agency that provides transitional housing for up to 155 families at a time, agreed that there has been a focus on human services.

"I think the basic needs are the bones that are being funded, probably as much as can be expected given the circumstances," Ralston said.

Bill Carnegie, president and CEO of the Community Food Bank of Southern Arizona, said contributions, including volunteerism, have increased since the recession, bur so has demand for food.

"Over the last five years, our volunteer numbers have gone up about 10 percent every year," Carnegie said. "But we've also seen an increase in the number of people coming (for food). And I know that there's a lot of talk out there about the recession's over and we're in recovery mode. 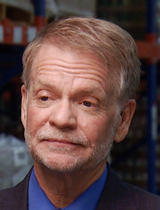 "But here at the Community Food Bank our lines are still getting longer," he said. "We're up about 6 percent this year over last year. So our lines every day are a little longer.

Housing, another basic need, has been a particularly difficult issue in the state because of the foreclosure crisis and affordability, Ralston said.

"The industry that we're in - the housing industry - has some interesting problems, in that there aren't a lot of affordable housing units in our community," she said. "It goes directly from being engaged in their own home or apartment to homelessness, because there's no down-stepping opportunity.

"As their jobs are lost or jobs are cut back, hours are cut back, there's more need for them to find an alternative to their self-sustained housing," she said. " ... The demand has been increasingly, significantly."

Ward said the Phoenix Symphony got through the recession in debt but has made improvements since then by reinventing its business model to conform to the basic in Arizona - a need for economic renewal and recovery.

A debt of several million has been erased, and the symphony ended its fiscal year in June with a surplus, he said.

Pima County Proposal: Social Services Could be Funded Privately AZ Week: Effects of Technology, Other Forces in Current Journalism Tucson Nonprofit Helping Homeless Teens Stay in School
By posting comments, you agree to our
AZPM encourages comments, but comments that contain profanity, unrelated information, threats, libel, defamatory statements, obscenities, pornography or that violate the law are not allowed. Comments that promote commercial products or services are not allowed. Comments in violation of this policy will be removed. Continued posting of comments that violate this policy will result in the commenter being banned from the site.