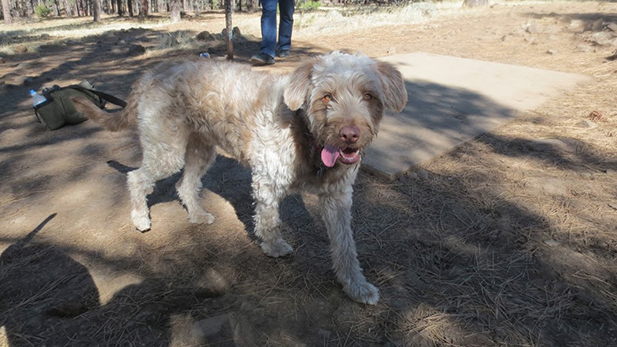 University of Arizona researchers are seeking participants for a new study about how dog ownership can make humans healthier.

Scientists already know about the emotional benefits of having a four-legged best friend, but the Human-Animal Interaction Research Initiative is looking to determine the impact on a human’s physical health.

Program coordinator Kim Kelly said there is already evidence that having a dog can lessen auto-immune disorders and allergy issues in humans, but that there is still more to observe about the ramifications of owning a dog, especially the probiotic effects.

“Microbes in our gut can have profound effects on our health, both our mental health as well as our physical well being,” Kelly said. “So our question then became ‘Is there something in the transfer of these microbes between dogs and humans that is actually making us healthier?’”

The study will analyze blood and skin samples of humans and their canine companions over three months to track health changes.

UA Doctors Join Forces to Fight Heart Disease in India Fitness as the Frontline Kids, Animals Bond at Humane Society's Dog Days in Desert Camp
By posting comments, you agree to our
AZPM encourages comments, but comments that contain profanity, unrelated information, threats, libel, defamatory statements, obscenities, pornography or that violate the law are not allowed. Comments that promote commercial products or services are not allowed. Comments in violation of this policy will be removed. Continued posting of comments that violate this policy will result in the commenter being banned from the site.