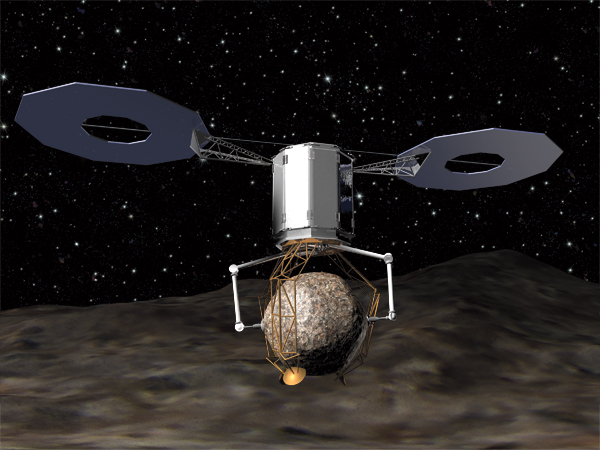 NASA is introducing a new challenge for space scientists, at the University of Arizona and elsewhere.

The plan is to capture a piece of an asteroid and bring it closer to Earth for study.

The Asteroid Redirect Mission is expected to present a new set of firsts for the space program. NASA planners want to send an unmanned spacecraft to an asteroid, pick a boulder off its surface, and take it to lunar orbit. Once the boulder is parked in orbit, astronauts can travel there to take surface samples.

Tim Swindle, a researcher with the University of Arizona’s Lunar and Planetary Laboratory, said he expects the mission to test a new level of orbital mechanics.

Mission planners hope to launch the redirect project in the mid-2020s. The asteroid that NASA is targeting for the mission was discovered by a UA sky survey program.

The mission would be similar to the OSIRIS-REx mission, which the UA is overseeing for NASA. It has an expected launch next year, with a return in five years.

Law Opens Door for Mining The Moon, Asteroids, Other Planets Tucson Researchers Plan Next Space Exploration Missions A Look Back at "Life in the Universe"
By posting comments, you agree to our
AZPM encourages comments, but comments that contain profanity, unrelated information, threats, libel, defamatory statements, obscenities, pornography or that violate the law are not allowed. Comments that promote commercial products or services are not allowed. Comments in violation of this policy will be removed. Continued posting of comments that violate this policy will result in the commenter being banned from the site.