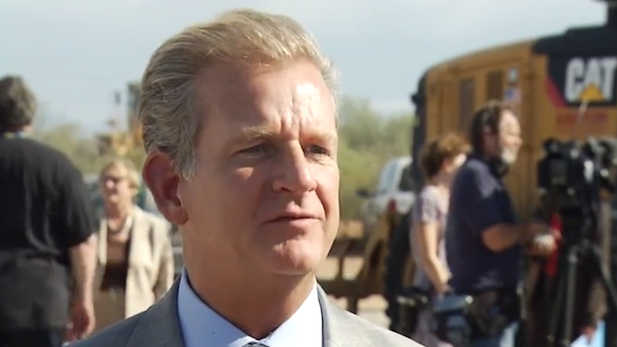 Raytheon Missile Systems, a mainstay of Tucson’s economy, is at the center of what could be a big economic leap for the metro area's aerospace and defense sector with construction of the South Side Aerospace Parkway.

Raytheon Missile Systems C-E-O Taylor Lawrence discussed the prospects in an interview with AZPM's Zac Ziegler at last week’s groundbreaking for the parkway on Tucson’s South Side.

Raytheon Opens New Buildings in Latest Expansion State Begins Study for Possible 'Sonoran Corridor' Routes Raytheon Will Add 2,000 High-Tech Jobs in Tucson
By posting comments, you agree to our
AZPM encourages comments, but comments that contain profanity, unrelated information, threats, libel, defamatory statements, obscenities, pornography or that violate the law are not allowed. Comments that promote commercial products or services are not allowed. Comments in violation of this policy will be removed. Continued posting of comments that violate this policy will result in the commenter being banned from the site.