Mirrors inside Large Synoptic Survey Telescope being assembled in Chile were built in Tucson. by Amanda Le Claire TWEET SHARE 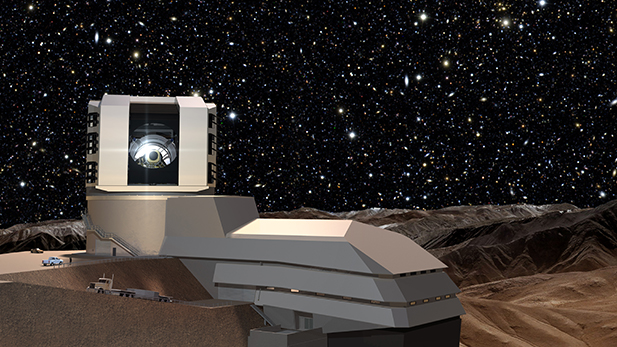 On the other side of the hemisphere, researchers are installing a revolutionary telescope, which began construction at the University of Arizona.

The LSST, or Large Synoptic Survey Telescope, will be the first of its kind capable of producing digital images of hard-to-see sky phenomena, like the light of exploding stars across the universe.

Its home is in the Andes Mountains in Chile, but the heart of the instrument, a uniquely designed set of mirrors, was built at the UA’s Optics Laboratory.

“It's exciting to see the work of hundreds of people from … around the world, coming together,” said Buell Jannuzi, who heads the UA’s Steward Observatory and Department of Astronomy, in a statement from the LSST’s construction site in Chile.

The LSST’s 3-billion pixel camera will allow it to capture the faint light of asteroids, exploding stars, and other objects that can be difficult for other telescopes to see.

The data will help astronomers study the growth of our universe, perhaps even helping to better form theories of what happened at the very beginning of it all: the Big Bang.

Bill Would Loosen Restrictions on Electronic Billboards UA Making Biggest Mirrors for World's Biggest Telescope Alcohol abuse soars in lockdown
By posting comments, you agree to our
AZPM encourages comments, but comments that contain profanity, unrelated information, threats, libel, defamatory statements, obscenities, pornography or that violate the law are not allowed. Comments that promote commercial products or services are not allowed. Comments in violation of this policy will be removed. Continued posting of comments that violate this policy will result in the commenter being banned from the site.