Report: Davis-Monthan Worth $1 Billion to Tucson 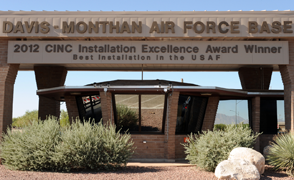 A new report from Davis-Monthan Air Force base shows that during fiscal year 2014, the base added $974 million to the Tucson economy. When area military retirees are added to the equation, the amount jumps to $1.5 billion.

Three-quarters of the 7,000 military service members assigned to the base live in the surrounding Tucson community. The base employs nearly 10,000 people. The total payroll for FY 14 was $541.8 million.

“4,200 jobs were created downtown and if you take the average pay of people downtown that translates into about $178.9 million,” said Lt. Col. Gerald Stevenson of the base's impact.

Stevenson is the base comptroller and wrote the report.

The base covers 5,952 acres in Tucson. It also has 4,578 acres of easements and leased land in the area.

Air Force: Davis-Monthan Impact $1.5B, 4,500 Jobs Lawsuit: D-M Flights Numerous, Impact Wasn't Studied Air Force May Assign Drones, More Airmen to Davis-Monthan
By posting comments, you agree to our
AZPM encourages comments, but comments that contain profanity, unrelated information, threats, libel, defamatory statements, obscenities, pornography or that violate the law are not allowed. Comments that promote commercial products or services are not allowed. Comments in violation of this policy will be removed. Continued posting of comments that violate this policy will result in the commenter being banned from the site.