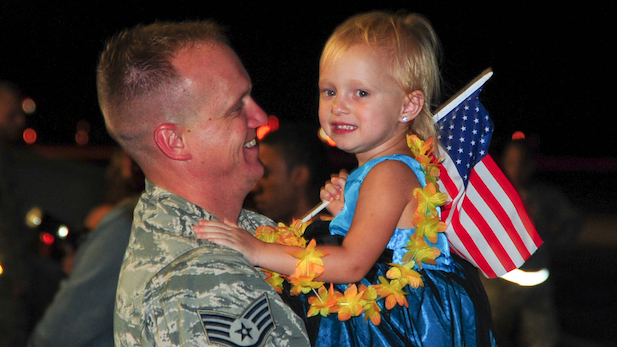 Nearly 300 airmen deployed from Davis-Monthan Air Force Base for the past six months returned to the base and their families this week.

They were greeted by family, friends and base leadership, according to a press release from the air base.

The airmen were among 1,200 from various D-M units who have been deployed around the world in the last six months, the largest deployment in the base's history.

Airmen returning this week are assigned to the 355th Maintenance Group, a D-M unit responsible for A-10 aircraft. They were deployed to Europe.

Air Force: 10% of D-M's A-10 Going Out of Service Increased Number of Training Flights Coming to Davis-Monthan Tucson airport has highest passenger count since March
By posting comments, you agree to our
AZPM encourages comments, but comments that contain profanity, unrelated information, threats, libel, defamatory statements, obscenities, pornography or that violate the law are not allowed. Comments that promote commercial products or services are not allowed. Comments in violation of this policy will be removed. Continued posting of comments that violate this policy will result in the commenter being banned from the site.