Appointment of Clint Bolick is his first judicial job after years as constitutional litigator. Tweet 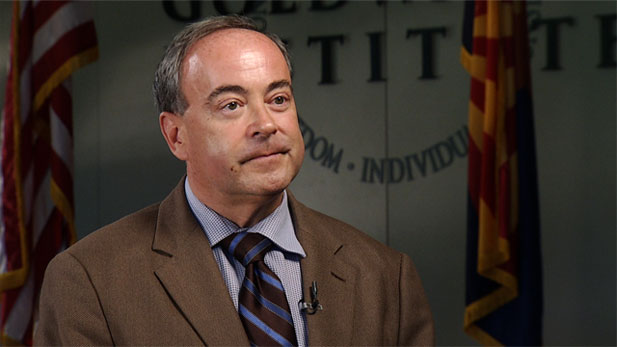 Bolick's appointment will place him in his first judicial job after he served for the last nine years as the Goldwater Institute's vice president for constitutional litigation. Previously, Bolick co-founded the Institute for Justice and served as president of the Alliance for School Choice.

“Clint is nationally renowned and respected as a constitutional law scholar and as a champion of liberty,” Ducey was quoted as saying in a press release from his office. “He brings extensive experience and expertise, an unwavering regard for the rule of law and a firm commitment to the state and citizens of Arizona."

Bolick, on behalf of Goldwater, has won several cases challenging state laws across the nation and local governmental ordinances, including one that led to striking down of a Tucson ordinance giving preference to local businesses in awarding city contracts.

He also has been involved in litigation to uphold school voucher laws in Arizona and elsewhere and in a challenge to the city of Phoenix's practice of allowing paid "release time" for city employees to conduct union business.

On the court, Bolick will replace Justice Rebecca White Berch, who retired.

Goldwater Institute Sues FDA for Info on Ebola Drug Approval First Latino, One Other Justice Join Arizona Supreme Court AZ WEEK: Brewer Talks Arizona Supreme Court Medicaid Hearing
By posting comments, you agree to our
AZPM encourages comments, but comments that contain profanity, unrelated information, threats, libel, defamatory statements, obscenities, pornography or that violate the law are not allowed. Comments that promote commercial products or services are not allowed. Comments in violation of this policy will be removed. Continued posting of comments that violate this policy will result in the commenter being banned from the site.