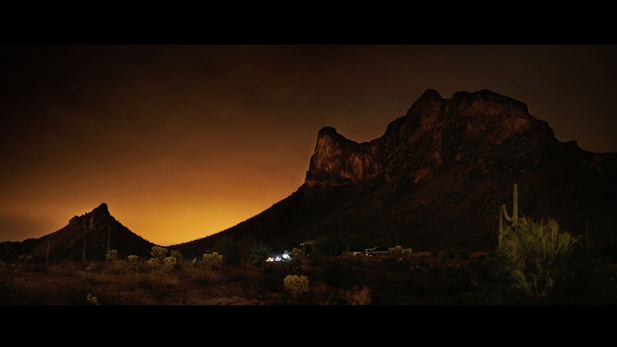 The Arizona Legislature is considering a proposal to extend the region where electronic billboards are allowed along highways and interstates.

Dark-sky advocates say that would harm Arizona’s astronomy industry. A 2012 compromise between astronomers and advertisers banned bright digital billboards in most of Arizona. The measure was designed to prevent light pollution near observatories.

The new bill would lift the ban in most of Mohave County and part of La Paz County.

"If they want to choose to engage in a revenue-generating endeavor, they should have the same ability to do that as other cities and towns in Arizona do that are in a similar situation, and that is that they’re not anywhere near an observatory," La Sota said.

Jeffrey Hall directs Lowell Observatory in Flagstaff. He acknowledged the proposed area is far from major observatories, but he says the bill reneges on the 2012 compromise and could have long-term effects.

"The signal that that sends is that Arizona is willing to, bit by bit, chip away at the dark sky protection that keeps the astronomy industry viable," Hall said.

Arizona has the largest grouping of designated dark-sky cities in the world. Hall said astronomy is a billion-dollar industry for the state.

Unique Telescope Destined for South America Started at UA Biden halted border wall construction. Now what? Border wall scars: 'It feels like if someone got a knife and dragged it across my heart.'
By posting comments, you agree to our
AZPM encourages comments, but comments that contain profanity, unrelated information, threats, libel, defamatory statements, obscenities, pornography or that violate the law are not allowed. Comments that promote commercial products or services are not allowed. Comments in violation of this policy will be removed. Continued posting of comments that violate this policy will result in the commenter being banned from the site.