New Instrument at Kitt Peak to Search for Exoplanets 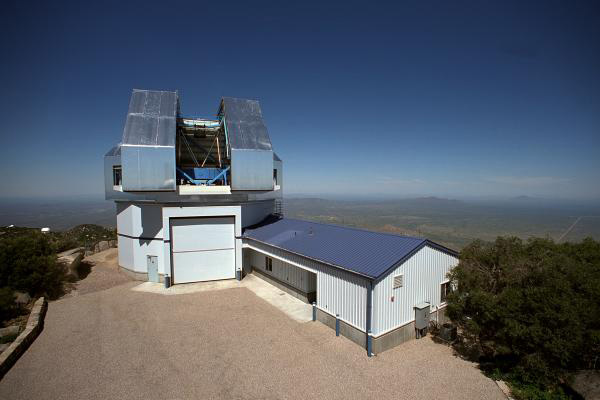 A new instrument to be mounted on a Kitt Peak National Observatory telescope west of Tucson will help NASA look for planets outside our solar system.

The instrument, which is called NEID – short for NN-Explore Exoplanet Investigations with Doppler Spectroscopy - will measure the tiny back-and-forth wobble of a star.

That movement is caused by the gravitational tug of a planet in orbit around it. The wobble tells scientists there is a planet orbiting a star and how massive the planet is.

The instrument will be built by a Pennsylvania State University research team and installed on the WIYN Observatory 3.5- meter telescope at Kitt Peak. A partnership between NASA and the National Science Foundation will pay for it.

The device also will allow astronomers to identify targets for future observations with the James Webb Space Telescope and the Wide-Field Infrared Survey Telescope.

The name NEID is derived from a word meaning to discover or visualize in the language of the Tohono O’odham, on whose land the observatory is located.

Exoplanets get starring role in Sierra Vista exhibit UA Series Taps Into Exoplanet Fascination Newly Discovered Earth-like Planets Hold Promise for Life
By posting comments, you agree to our
AZPM encourages comments, but comments that contain profanity, unrelated information, threats, libel, defamatory statements, obscenities, pornography or that violate the law are not allowed. Comments that promote commercial products or services are not allowed. Comments in violation of this policy will be removed. Continued posting of comments that violate this policy will result in the commenter being banned from the site.