UA Scientist to Delve into Jupiter's Secrets in Flyby 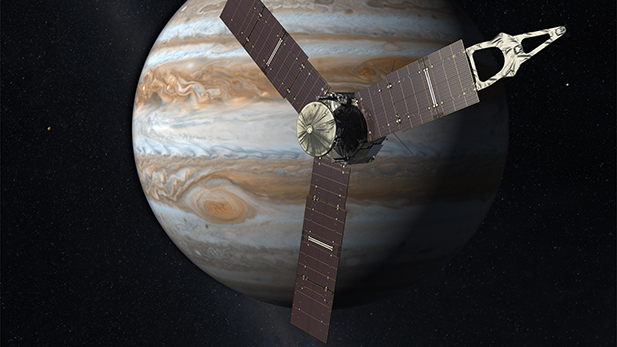 NASA's Juno mission to Jupiter will examine the origin and evolution of the solar system's largest planet.
NASA

NASA's Juno spacecraft arrives at the solar system's largest planet Monday to spend 20 months surveying to learn more about its composition and formation. 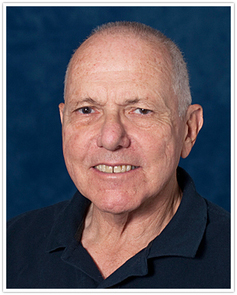 University of Arizona planetary sciences professor William Hubbard is among the scientists who are eager to discover what lies beneath the gaseous giant's cloud layers.

Juno has been traveling 165,000 mph on its journey to Jupiter. The spacecraft left Earth in August 2011. Mission controllers will put the brakes on the spacecraft at 8:18 p.m. Monday as Juno passes over Jupiter's north pole.

The mission is named for the Roman goddess who was the wife and sister of the god Jupiter.

The mission's primary 14-day science orbit will begin Aug. 27. In all, Juno will make 32 large elliptical orbits around Jupiter. It will then crash into the planet so it will not interfere with future exploration of Jupiter's moon Europa.

Jupiter is visible with the naked eye in the western sky from dusk until midnight. Four of its 67 moons are easily observed with a telescope or binoculars on a tripod.

Jupiter to Shine Its Brightest and Biggest Jupiter Spacecraft Captures Image of Towering Polar Storms Tucson Technology to Photograph Jupiter's Moon
By posting comments, you agree to our
AZPM encourages comments, but comments that contain profanity, unrelated information, threats, libel, defamatory statements, obscenities, pornography or that violate the law are not allowed. Comments that promote commercial products or services are not allowed. Comments in violation of this policy will be removed. Continued posting of comments that violate this policy will result in the commenter being banned from the site.