Will deliver UA College of Law Lecture next month and visit with law students. Tweet 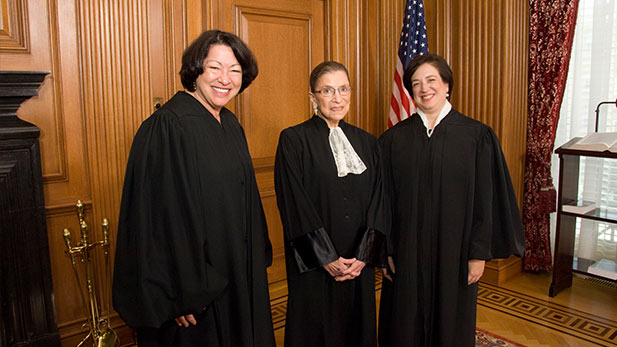 U.S. Supreme Court Justice Elena Kagan will visit Tucson and the University of Arizona James E. Rogers College of Law next month, the school announced to its students Wednesday in an email.

Kagan had been scheduled to visit earlier this year but canceled her trip because of the death of fellow Justice Antonin Scalia.

The college's announcement said Kagan will deliver the annual McCormick Society Lecture Aug. 31, an evening event at Crowder Hall on campus, and will participate in a question-and-answer discussion with law students earlier in the day.

Law school officials say there's a waiting list for the public to attend the McCormick Society Lecture. To get on the list, call 520 626-3056.

Kagan was appointed to the Supreme Court by President Barack Obama in 2009, and the Senate confirmed her later that year. She served as U.S. solicitor general in the Obama administration before that.

In Tucson, Supreme Court Justice Kagan on Scalia, Her Job Supreme Court Leaves Obama Immigration Policy Blocked Supreme Court Justice Elena Kagan Will Speak in Tucson
By posting comments, you agree to our
AZPM encourages comments, but comments that contain profanity, unrelated information, threats, libel, defamatory statements, obscenities, pornography or that violate the law are not allowed. Comments that promote commercial products or services are not allowed. Comments in violation of this policy will be removed. Continued posting of comments that violate this policy will result in the commenter being banned from the site.