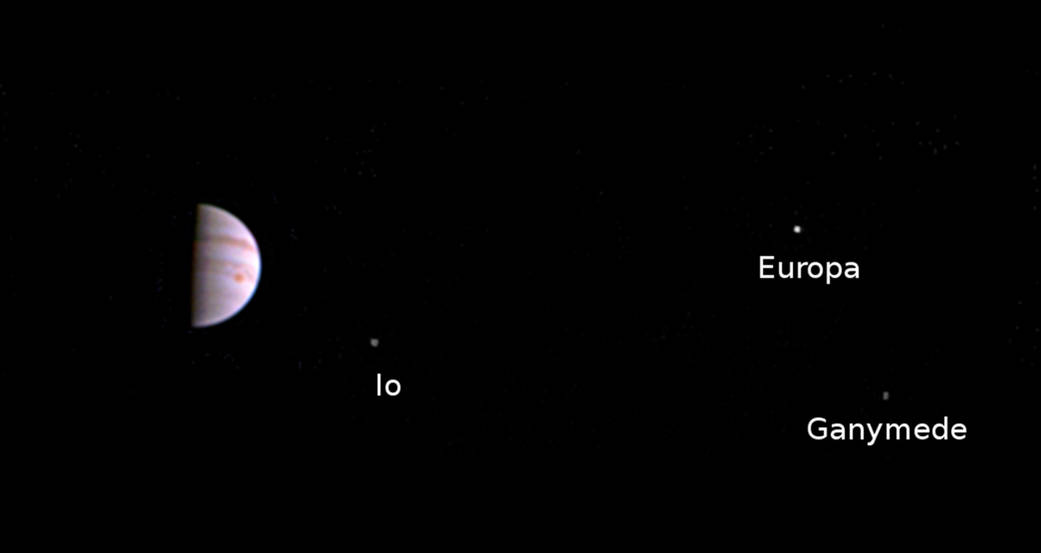 Jupiter and three of its four large moons taken by the JunoCam 7-10-16.
NASA/JPL/SwRI

A scientist from the Tucson-based Planetary Science Institute is responsible for the camera aboard the Juno spacecraft now orbiting Jupiter, and she is eager to see the first images.

Candice Hansen said the photography sessions can begin as soon as Juno's orbit brings it closer to the solar system's biggest planet.

"This is the first time that we will have this perspective on Jupiter’s poles,” Hansen said. “This is new territory. We’re hoping that it will turn out to be as dynamic as Saturn’s atmosphere."

Unlike previous probes of Jupiter, Juno is passing over the planet's north and south poles to learn more about the planet’s origins, structure, atmosphere and magnetic fields. 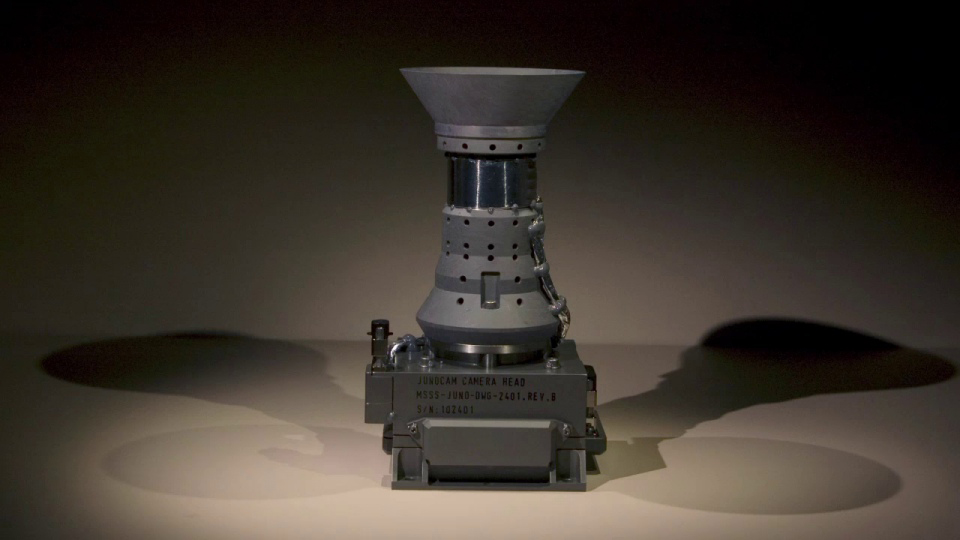 JunoCam will image Jupiter's poles and other points of interested selected by the public.
NASA/JPL/SwRI

The camera is called JunoCam, and it is part of the NASA mission’s public outreach efforts. Amateur astronomers have been posting their own images of Jupiter to the mission’s website. Scientists will use those images to help decide where to point the camera.

The Juno spacecraft is headed back toward Jupiter after entering its orbit in July. The first several orbits are more than 50 days in duration. Shorter orbits commence this fall when Juno begins 14-day passes to conduct scientific experiments.

ASU Radiation Test Could Help Triage Nuclear Attack Victims Does 'Planet Nine' Exist? NAU Astronomer Says Maybe Tucson Technology to Photograph Jupiter's Moon
By posting comments, you agree to our
AZPM encourages comments, but comments that contain profanity, unrelated information, threats, libel, defamatory statements, obscenities, pornography or that violate the law are not allowed. Comments that promote commercial products or services are not allowed. Comments in violation of this policy will be removed. Continued posting of comments that violate this policy will result in the commenter being banned from the site.