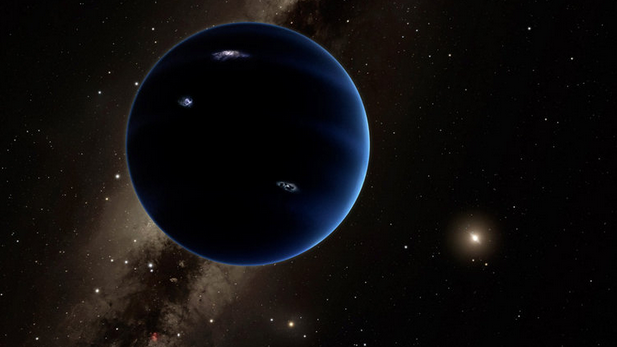 An astronomer at Northern Arizona University this week announced the discovery of three new objects at the far edge of the solar system, helping narrow the search for the hypothetical "Planet Nine."

The objects were found by NAU astronomer Chad Trujillo and his colleagues. They run the world’s largest survey for “extreme objects” that orbit the sun beyond the Kuiper Belt.

"We've been looking for all kinds of things on the outer edge, but it’s only been in the last year or two where we’ve really started to notice that some of these extreme objects seem to be pointing to the possibility of something big out there," Trujillo said.

Planet Nine is thought to be a massive ice giant lurking beyond Neptune. Trujillo and colleague Scott Sheppard proposed its existence in 2014. Earlier this year, two Caltech astronomers strengthened the case for Planet Nine based on the strange orbits of a cluster of space rocks.

Two of the new objects also have odd orbital alignments. That implies they’re influenced by the undiscovered planet. Trujillo said finding more objects like these will speed up the search.

Newly Discovered Earth-like Planets Hold Promise for Life Dwarf Planet Ceres Up To 30 Percent Water, Study Says Chilean Desert Dust Deepens Case for Life on Mars
By posting comments, you agree to our
AZPM encourages comments, but comments that contain profanity, unrelated information, threats, libel, defamatory statements, obscenities, pornography or that violate the law are not allowed. Comments that promote commercial products or services are not allowed. Comments in violation of this policy will be removed. Continued posting of comments that violate this policy will result in the commenter being banned from the site.