On Way to Bennu, OSIRIS-REx Looks for 'Trojan' Asteroids 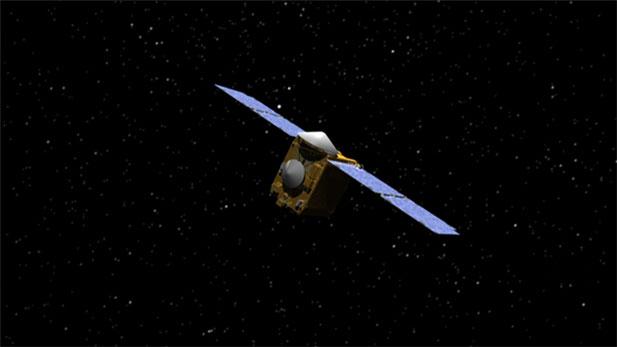 On its way to sample an asteroid, the University of Arizona’s OSIRIS-REx mission will look for other, yet unobserved asteroids.

These asteroids are called Trojans, adopting the term from Greek mythology, because they can't be seen easily. Earth is one of six planets with known Trojan asteroids. They circle the sun in a constant orbit behind or in front of their companion planet. One Earth Trojan was discovered in 2010.

OSIRIS-Rex staff scientist Carl Hergenrother said the Earth’s likely companion space rocks are hard to detect because they appear close to the sun from Earth and cannot be observed from terrestrial telescopes.

"You are talking about looking at a part of the sky that is very close to the sun," he said.

Hergenrother said the OSIRIS-REx spacecraft’s path will provide a better vantage point because its cameras will not be staring into the sun to look for the objects.

In February, when the OSIRIS-REx spacecraft is headed back toward Earth after its orbit around the sun, scientists will turn on one of the cameras and spend 12 days scanning the universe for the objects, which are estimated to be 90 million miles from Earth.

The search will be a test for the mission to prepare to observe its target asteroid, Bennu, in 2018, Hergenrother said.

Listen to Carl Hergenrother talk about the search for Trojan asteroids:

Exciting news! In February, I'll search for elusive Earth-Trojan asteroids. Scientists only know of one -- so far... https://t.co/870cSlmHuQ pic.twitter.com/6GPIhoLweM

Earth's Gravity to Slingshot Asteroid-Bound Spacecraft to Target Friday UA Telescope Gets First Look at OSIRIS-REx UA Space Programs to Launch 'Asteroid Day' 2017 Stream
By posting comments, you agree to our
AZPM encourages comments, but comments that contain profanity, unrelated information, threats, libel, defamatory statements, obscenities, pornography or that violate the law are not allowed. Comments that promote commercial products or services are not allowed. Comments in violation of this policy will be removed. Continued posting of comments that violate this policy will result in the commenter being banned from the site.