Though not proof, it's strong cause to return to explore Martian soil. by Nicholas Gerbis TWEET SHARE 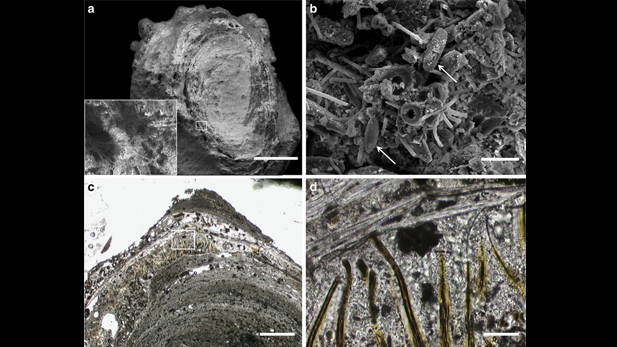 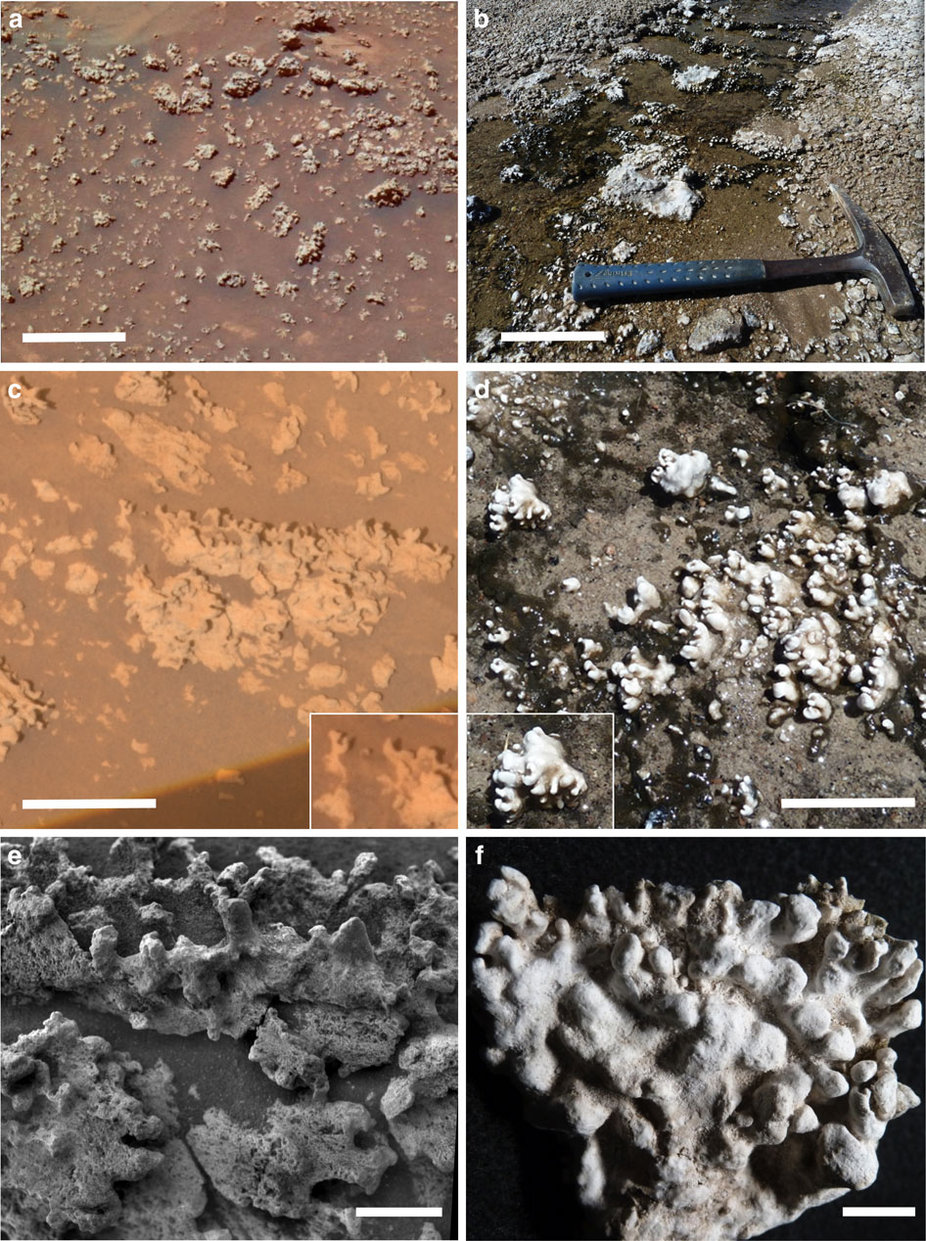 VIEW LARGER Comparison of Mars opaline silica (left) to deposits at El Tatio (right). Scale bar in (a) and (b) represents 10 cm; in (c) and (d), it corresponds to 5 cm.
Courtesy of Steve Ruff/Jack Farmer/Nature Communications

The idea that ancient Mars hosted microbial life has gained strength recently thanks to the work of two Arizona State University planetary geologists doing research in a in a desert in Chile.

When NASA’s Spirit rover collected samples in Mars’ Gusev Crater in 2007, it found soil rich with silica – which only forms in water. That finding bolstered the possibility of ancient Martian life.

Now, ASU’s Jack Farmer and Steve Ruff have found similar silica nodules in one of Earth’s most Mars-like spots: Chile’s El Tatio geyser field. The Earthly nodules need microbes to form, and Ruff says their Martian counterparts might have needed them too. 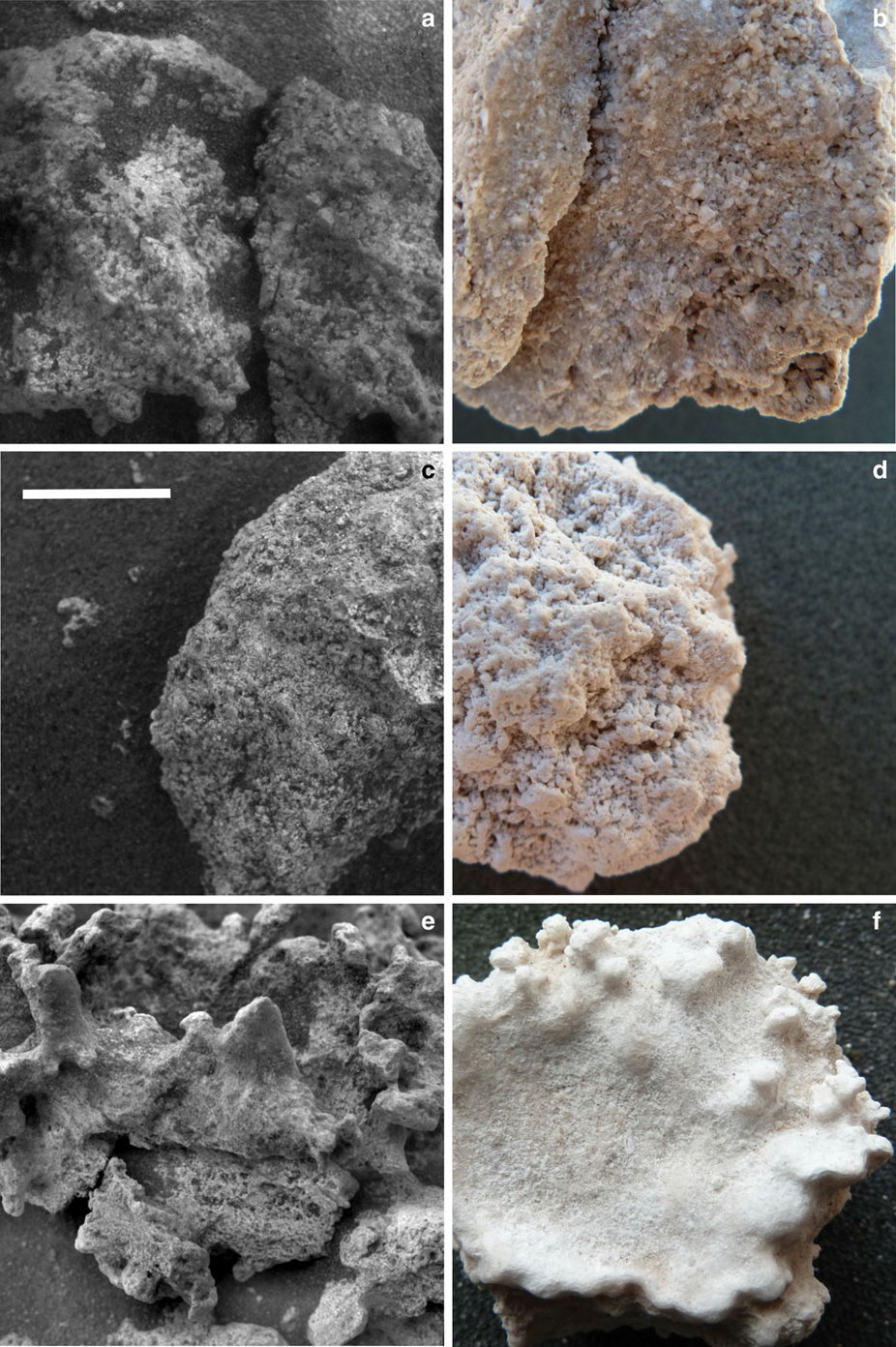 “It’s the same mineralogy. They’re in a very similar volcanic environment on both Mars and at El Tatio. And the ones in Chile, at El Tatio – there’s biology involved,” Ruff said.

Ruff and Farmer’s paper, published in Nature Communications, does not prove that microbes built the Mars fragments, but it does argue for a return to Gusev when NASA sends its next Mars rover in 2020.

Sci-fi meets reality in the field of synthetic biology UA Space Camera Details Crash Site of Europe's Martian Lander Does 'Planet Nine' Exist? NAU Astronomer Says Maybe
By posting comments, you agree to our
AZPM encourages comments, but comments that contain profanity, unrelated information, threats, libel, defamatory statements, obscenities, pornography or that violate the law are not allowed. Comments that promote commercial products or services are not allowed. Comments in violation of this policy will be removed. Continued posting of comments that violate this policy will result in the commenter being banned from the site.