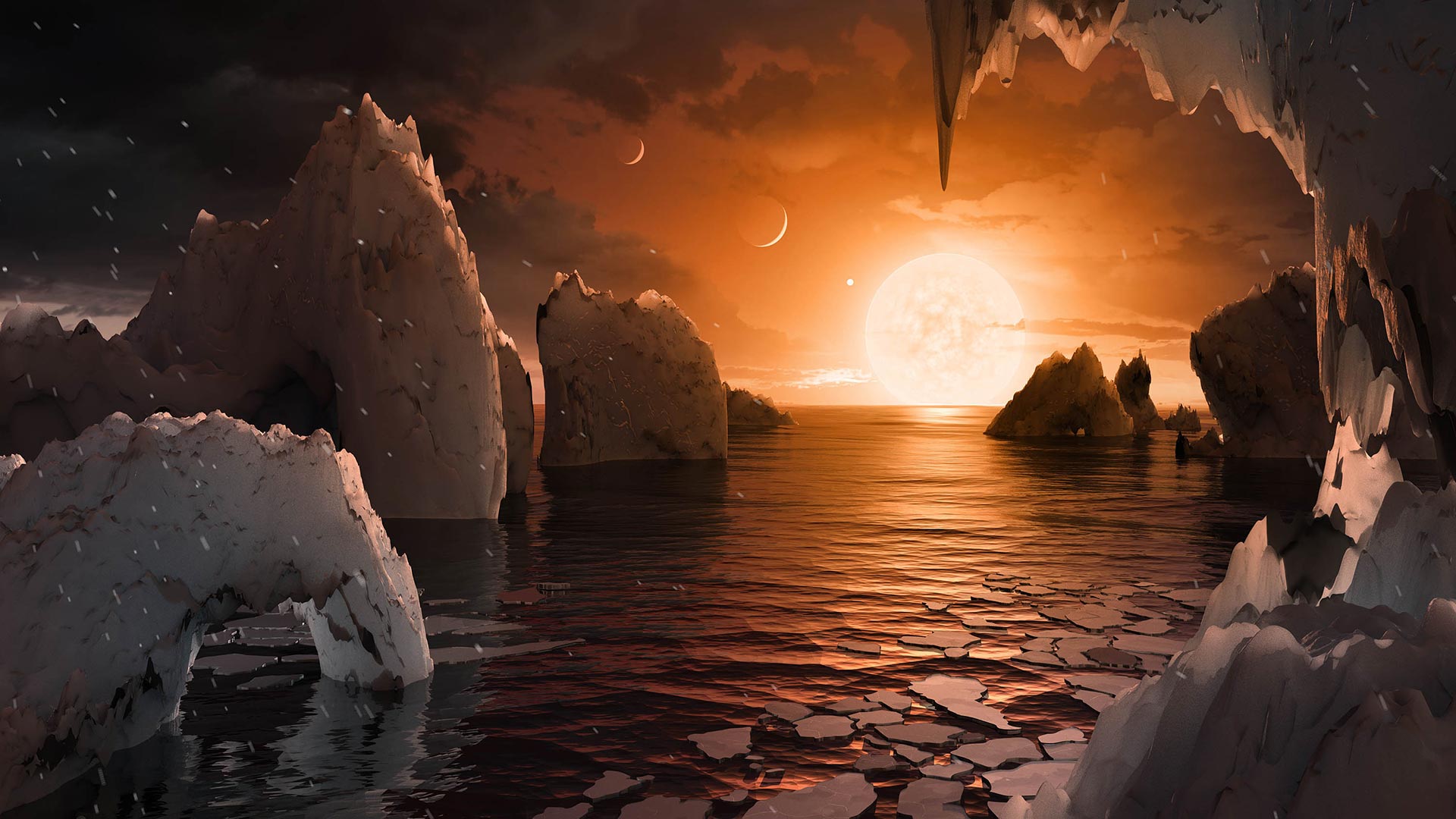 This artist's concept depicts what it would be like to stand on the surface of the exoplanet TRAPPIST-1f, located in the TRAPPIST-1 system in the constellation Aquarius.
NASA

NASA’s announcement of planets outside our Solar System that could be like Earth have Arizona scientists excited about the possibilities for life on them.

NASA officials say they found seven Earth-sized planets orbiting a single star 40 light years from Earth. Three of them could be in a region where a rocky planet is most likely to have liquid water, a key element for life.

Tucson-based Planetary Science Institute astrobiologist David Grinspoon models the climates of planets that orbit a star other than our sun.

“It’s really an incredible discovery to learn of a relatively nearby system of planets where there are so many Earth-sized planets orbiting together, including several that seem to potentially be in the right zone of distance from the star that they might have the climate conditions conducive to life. That’s really exciting,” Grinspoon said.

NASA scientists say the discovery will open the door for future study of the potentially habitable planets, including the makeup of their atmospheres. The James Webb Space Telescope scheduled to launch in 2018 will provide greater detail for study.

Scientists Put Forward Candidate For First Known Exomoon Does 'Planet Nine' Exist? NAU Astronomer Says Maybe UA Student Discovers Distant Planet in Three-Star System
By posting comments, you agree to our
AZPM encourages comments, but comments that contain profanity, unrelated information, threats, libel, defamatory statements, obscenities, pornography or that violate the law are not allowed. Comments that promote commercial products or services are not allowed. Comments in violation of this policy will be removed. Continued posting of comments that violate this policy will result in the commenter being banned from the site.