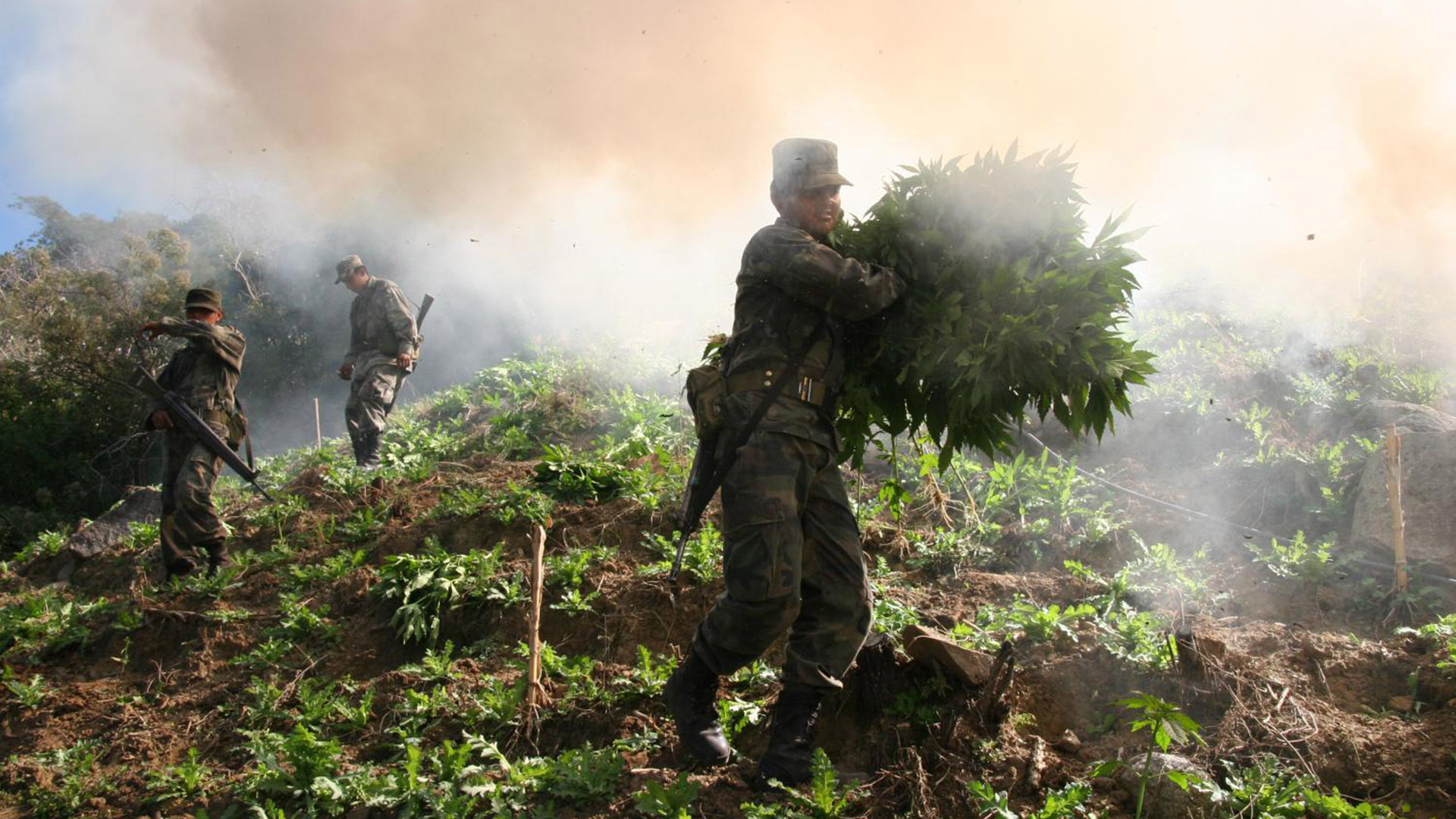 Mexican soldiers work in the mountains of Sinaloa burning this marijuana field, part of an eradication program supported by the United States.
Lorne Matalon, Fronteras Desk

The Trump administration budget for next year would slash in nearly half Mexico's foreign aid payments, most of which go to Mexico’s fight against drug cartels

The proposal would roll back assistance for Mexican police and military. The Trump budget sets aside $88 million for aid to Mexico.

"I'm actually surprised that there will be some appropriations for it," said Alejandro Hope, a security analyst in Mexico City. "I would have guessed that that would have been one way of, quote-unquote, making Mexico pay for the wall."

The proposal includes $1.6 billion to get the promised wall started.

Much of the reduced aid was for training police and judges in what is Mexico's work in the drug war, said University of San Diego Professor David Shirk.

"They're the ones who are seeing the high casualty rates when it comes to going after organized crime use and trying to interrupt the flow of drugs to the United States," Shirk said.

He said that he interprets the proposed cuts as a contradiction with U.S. officials’ recent suggestion that there is a shared responsibility in fighting the war on drugs.

Marijuana Smugglers Now Facing Border-Crossing Charge in Arizona Group Uses Needle and Thread to Remember Those Killed in Mexico's Drug War Cartels, Corruption and Gasoline Theft Make for Deadly May in Mexico
By posting comments, you agree to our
AZPM encourages comments, but comments that contain profanity, unrelated information, threats, libel, defamatory statements, obscenities, pornography or that violate the law are not allowed. Comments that promote commercial products or services are not allowed. Comments in violation of this policy will be removed. Continued posting of comments that violate this policy will result in the commenter being banned from the site.