Historic Backlog in U.S. Immigration Cases Could Reach 1 Million by 2020

The political bias of judges goes unchecked and unchallenged. by Nancy Montoya Tweet

The union that represents immigration court judges said ballooning case backlogs has left hundreds of thousands of immigrants in a state of legal limbo. That includes almost 10,000 cases in Arizona.

Arizona’s 12 immigration court judges currently have almost 10,000 cases pending. And nationwide, that number has exploded to more than 600,000 cases. How did we get here?

Interviewed for this story: 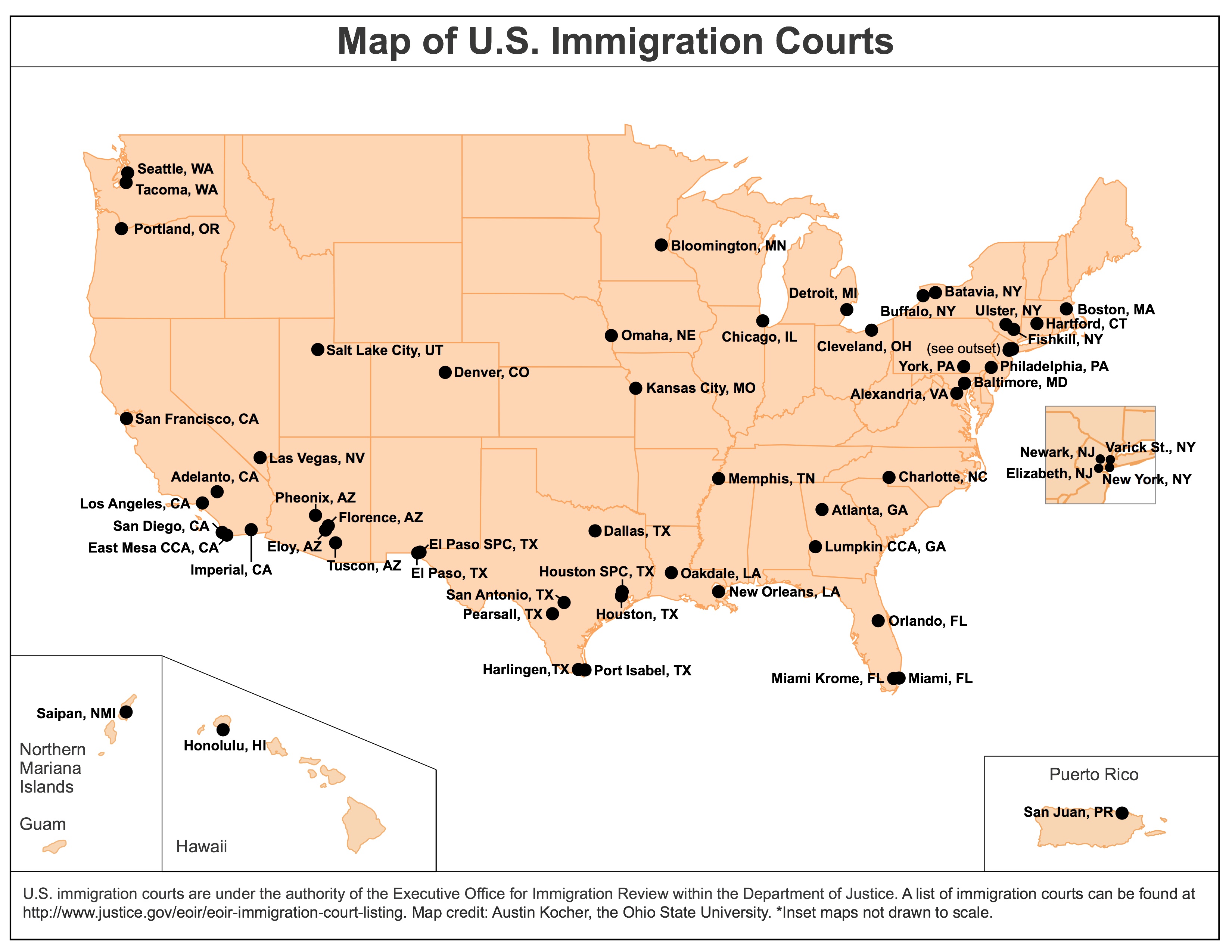 VIEW LARGER There are approximately 330 immigration judges located in 58 immigration courts throughout the nation.
U.S. Department of Justice

Hundreds of thousands of immigration court records analyzed by Reuters show that immigration judges vastly differ on deportation outcomes for cases that are similar, even in the same state.

Part of the reason, say immigration advocates, is because the immigration court is not like any other court in the land.

Interviewed for this story:

Immigration Court Backlog Surging Surge In Arizona Part Of National Wave Of Citizenship Applications Trump Ends Program to Protect Central American Kids From Deportation
By posting comments, you agree to our
AZPM encourages comments, but comments that contain profanity, unrelated information, threats, libel, defamatory statements, obscenities, pornography or that violate the law are not allowed. Comments that promote commercial products or services are not allowed. Comments in violation of this policy will be removed. Continued posting of comments that violate this policy will result in the commenter being banned from the site.