In the past, crossing the border illegally for the first time likely meant a court date and release. by Nancy Montoya Tweet 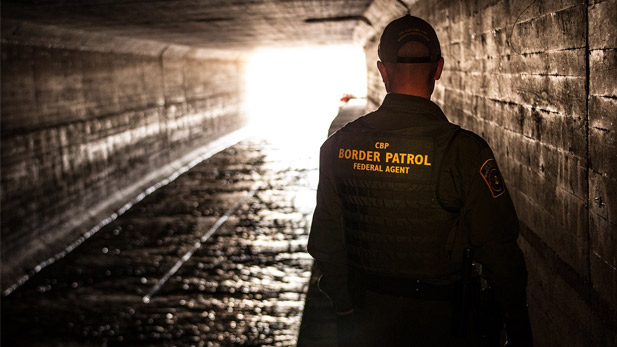 In the past, those arrested for entering the U.S. illegally for the first time were likely given a court date then released. But now, the Tucson Sector of the Border Patrol has adopted a harder line on first-time offenders.

Known first-time crossers will be treated the same as someone who has crossed into the U.S. illegally many times. They will be arrested and turned over to the United States attorney's office for possible prosecution.

The Department of Homeland Security is preparing a new TV and radio ad campaign to air in Mexico, warning of the new policy.

The Homeland Security communications department said the ads will be much like the ones done under President Obama, which aired in Central America in 2014. Those urged mothers not to allow their children to make the dangerous journey to the U.S. to cross illegally.

The new ads are aimed at family members of those planning to head to the border to cross illegally for the first time.

In the past, someone arrested for first-time illegal entry was likely to be given a court date for appearance and released. But now, no release, instead, that first-time crosser will be subject to prosecution and maybe even jail time. The new hardline policy is a directive from Homeland Security and the Trump administration.

Pima Board Reverses Course, Accepts Operation Stonegarden Funds Human Rights Group: Border Patrol Vandalizing Water Stations Episode 325: 1st-Time Crossers Face Tougher Border Policy
By posting comments, you agree to our
AZPM encourages comments, but comments that contain profanity, unrelated information, threats, libel, defamatory statements, obscenities, pornography or that violate the law are not allowed. Comments that promote commercial products or services are not allowed. Comments in violation of this policy will be removed. Continued posting of comments that violate this policy will result in the commenter being banned from the site.