7,000 new homes have already been built. by Nancy Montoya Tweet 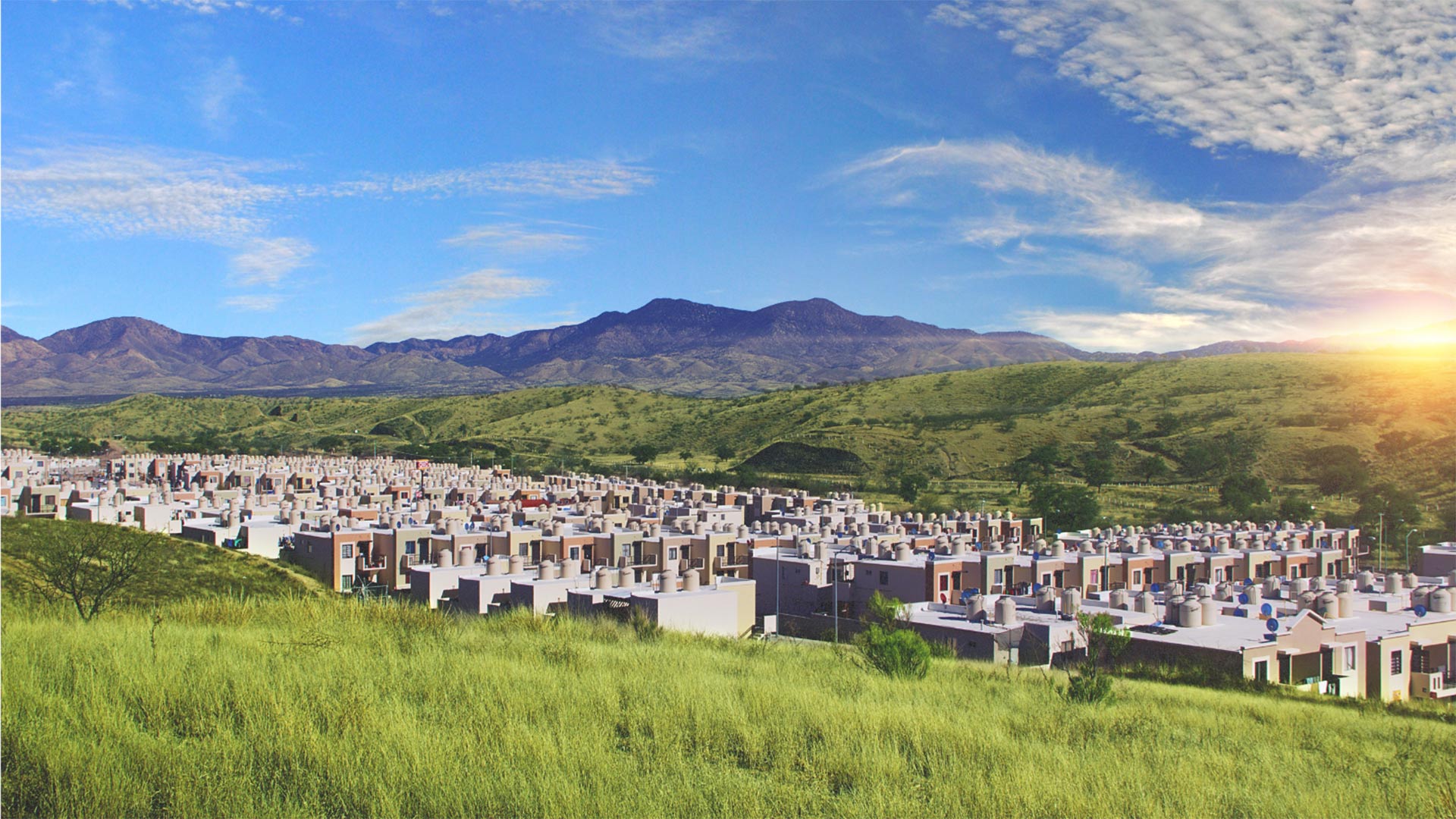 A housing boom is happening in Nogales, Sonora, as the first master-planned community is building thousands of small and modern homes.

In the 1990s, with NAFTA, hundreds of foreign-owned factories opened in Nogales, Sonora, attracting hundreds of thousands of Mexican workers from the interior. The biggest problem was that there was no place to live. Squatter communities appeared, with no plumbing or power.

Another alternative was large buildings with dozens of units. Over the years, these buildings fell into disrepair and the electricity was turned off. But still, people used them for basic shelter. 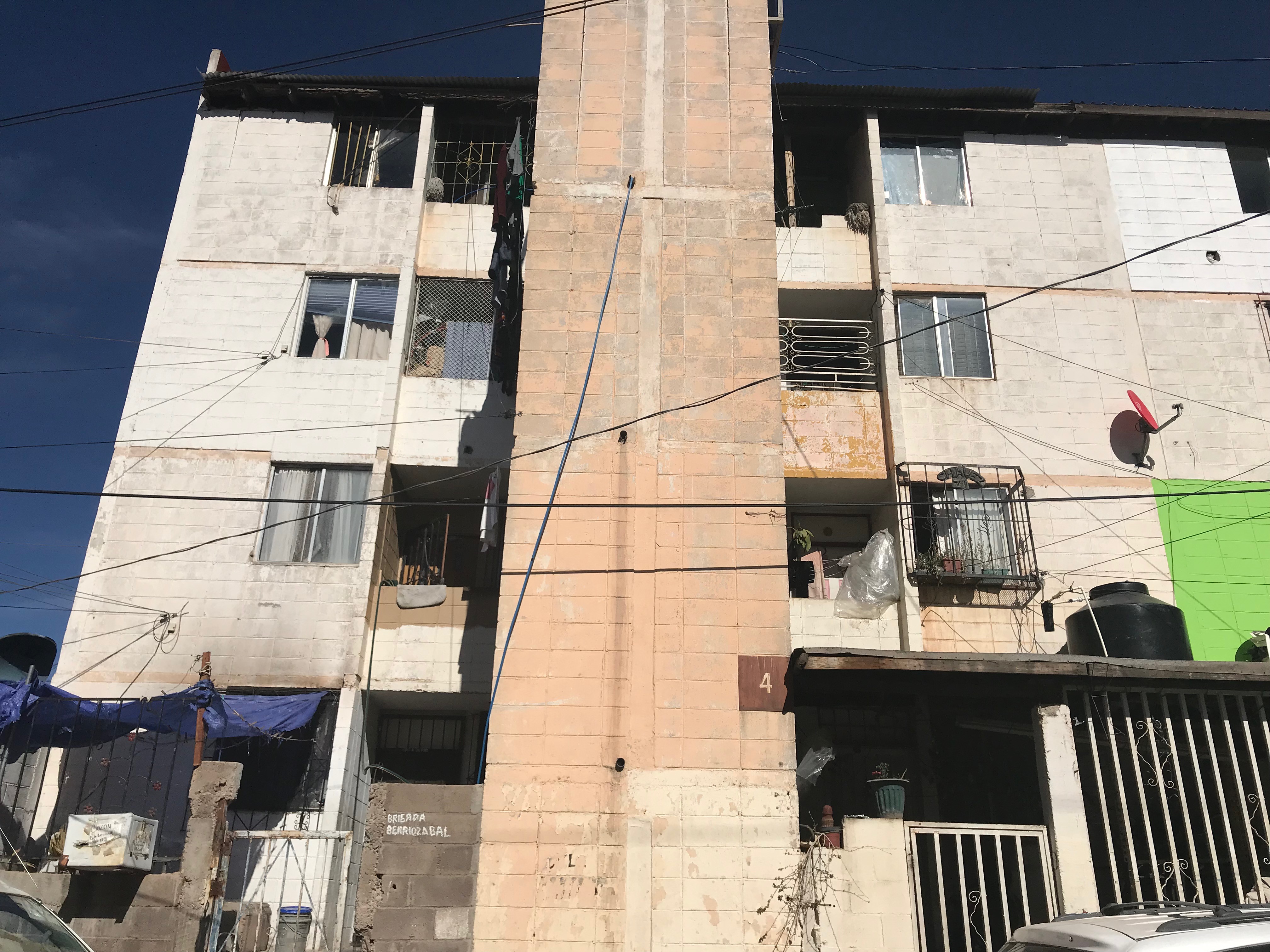 Alex La Pierre, of the Border Community Alliance, said things are changing. A new generation refuses to work for large manufacturing companies and live in shacks and as squatters, he said.

"Now what we are seeing, their sons and daughters, the next generation, they don't want to live like their parents were forced to live. So now were seeing a growth in these casitas – these 'mini casitas' — mini-casa development," said La Pierre, using the Spanish term for "house." 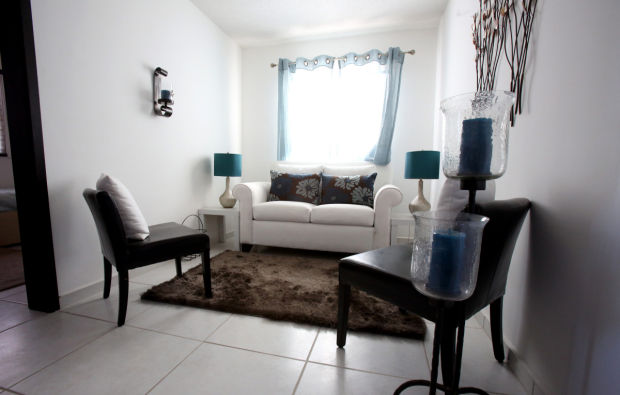 VIEW LARGER The "casita" is small. The living room is just 10 feet by 10 feet, but there are underground utilities.
Grupo García de León

The "casita" development projects are being built by multiple construction companies. It is a public-private partnership between the Mexican federal government and private investors. The largest investor group consists of nine siblings from Hermosillo that own Grupo García de León, a construction company.

Most units are only 500 square feet, but they are solar powered and have underground utilities. Seven thousand homes have already been built in one area, with community centers and neighborhood watch programs.

Ninety percent of those now living in these homes work in nearby factories. They make around $500 per month. The mortgage on an average home is an affordable $90 dollars per month.

Guaranteeing a stable workforce that has decent housing is what is now attracting companies from around the world to Nogales, Sonora.

Group: More Central Americans Using Dangerous Freight Trains to Get to US Youth Center Provides Services in Changing Nogales Neighborhood 'Dreamer' Calls to Mexican Consulate Double, Rep Says
By posting comments, you agree to our
AZPM encourages comments, but comments that contain profanity, unrelated information, threats, libel, defamatory statements, obscenities, pornography or that violate the law are not allowed. Comments that promote commercial products or services are not allowed. Comments in violation of this policy will be removed. Continued posting of comments that violate this policy will result in the commenter being banned from the site.