The case is a challenge to Maricopa Community College's offer of in-state tuition to DACA recipients. by Matthew Casey, Fronteras Desk Tweet 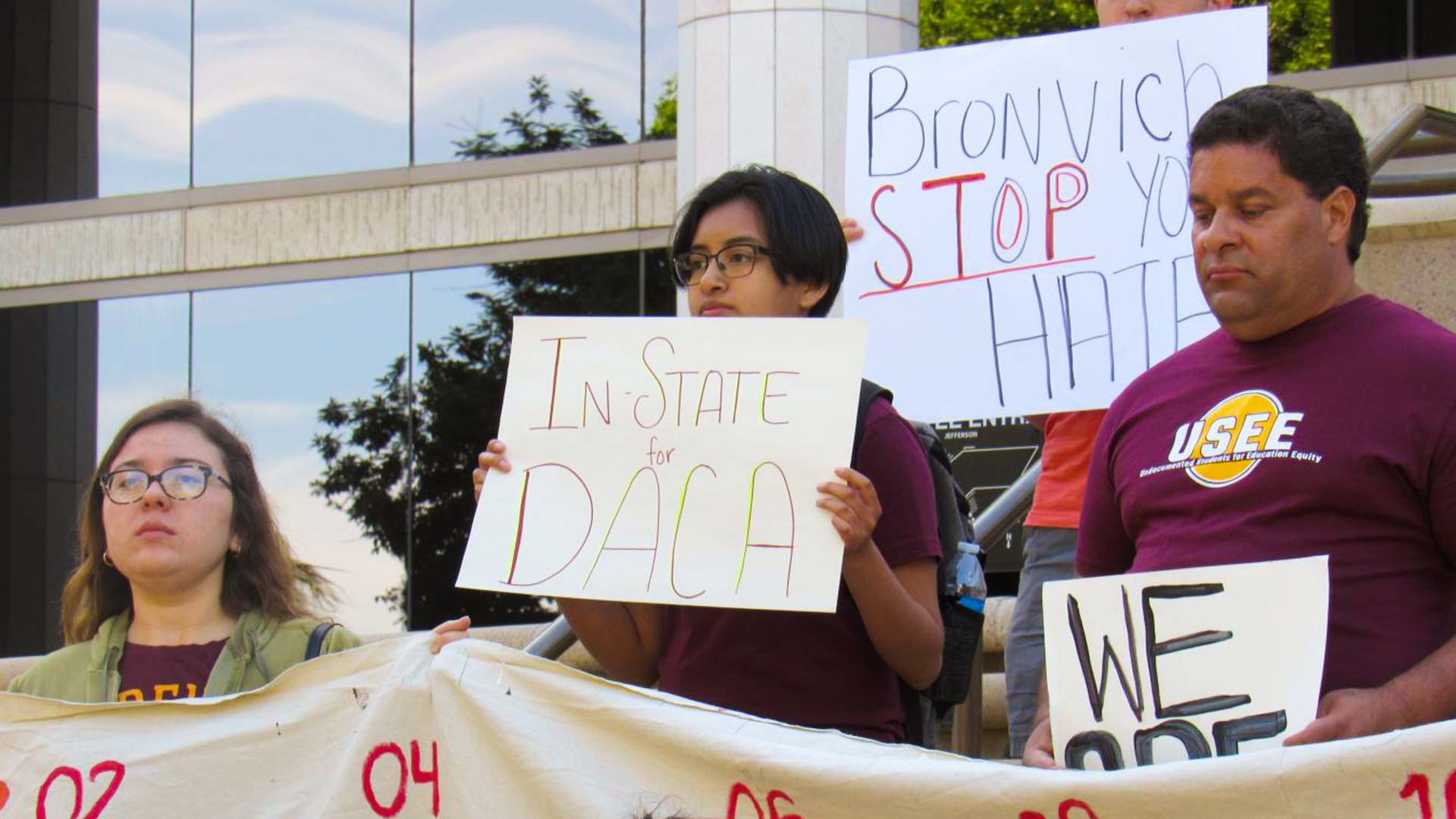 Perla Martinez, center, is a DACA recipient and college freshman studying computer science. She said without in-state tuition, she could not go to school.
Matthew Casey, Fronteras Desk

College freshman Perla Martinez hoped for another win as she stood with fellow DACA recipients and their supporters on the steps of the Arizona Supreme Court. Studying computer science would be unaffordable for Martinez without in-state tuition, she said.

"And I would probably have to have a year gap or two in order to save up money to pay at least one year of tuition," Martinez said.

Inside the Arizona Supreme Court, the justices heard from both sides. Assistant Solicitor General Rusty Crandell spoke against in-state tuition for DACA recipients. Even though they can legally work and drive, he said having DACA does not mean they’re lawfully present.

The state’s highest court did not rule on the case Monday.

This story originally aired on KJZZ, which is licensed to the Maricopa County Community College District.

AZ Supreme Court Rules Against In-State Tuition for DACA Recipients Supreme Court Won't Hear DACA Driver's License Case Trump Deadline Arrives, But DACA Stands, For Now
By posting comments, you agree to our
AZPM encourages comments, but comments that contain profanity, unrelated information, threats, libel, defamatory statements, obscenities, pornography or that violate the law are not allowed. Comments that promote commercial products or services are not allowed. Comments in violation of this policy will be removed. Continued posting of comments that violate this policy will result in the commenter being banned from the site.