This series from PBS follows the lives of a distinctive cast of characters at a Union hospital in the early years of the Civil War. TWEET SHARE 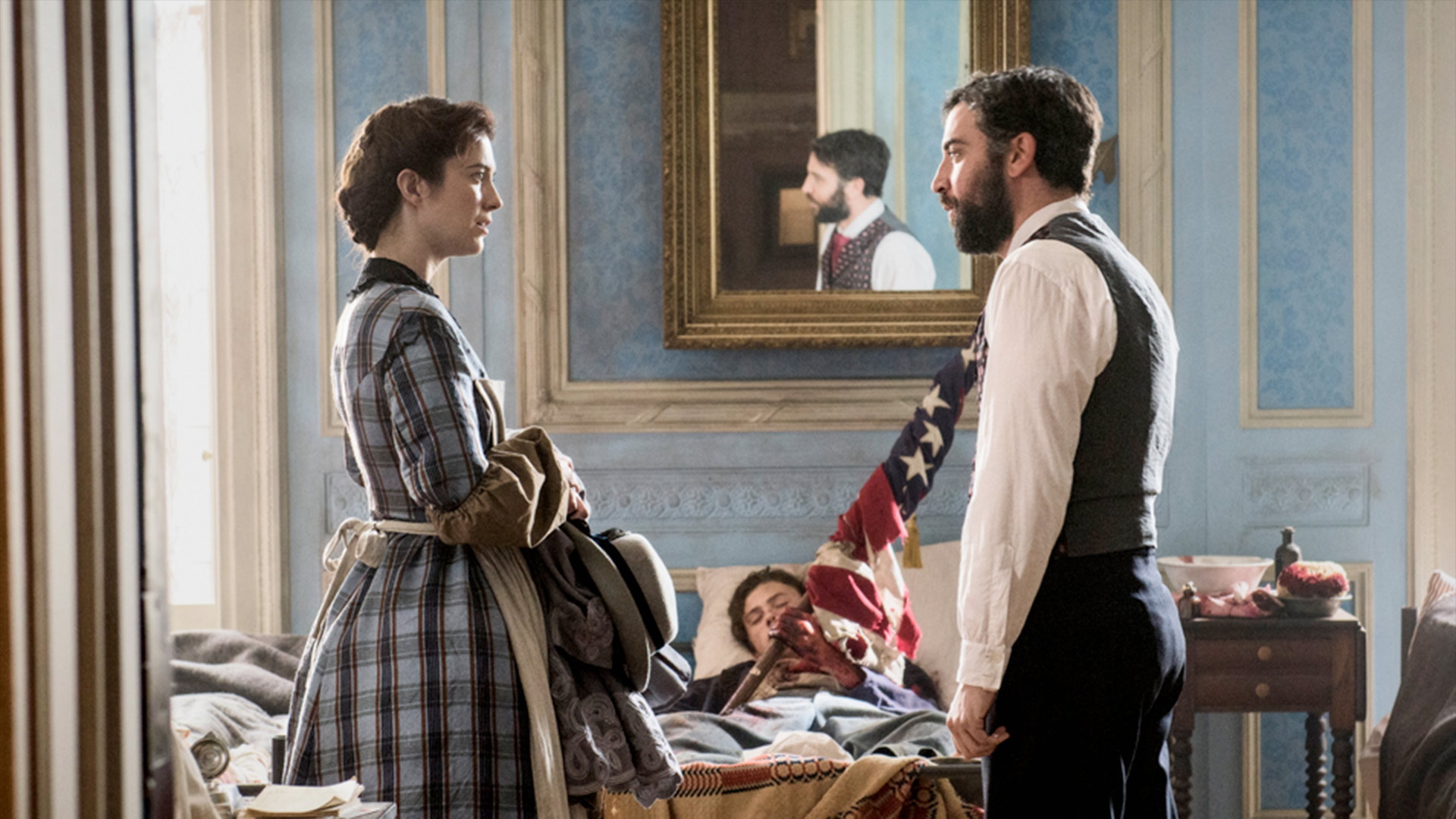 Based on real events, Mercy Street takes viewers beyond the battlefield and into the lives of a distinctive cast of characters — doctors, nurses, contraband laborers and Southern loyalists — realizing the chaotic world of Union-occupied Alexandria, Virginia, and the Mansion House Hospital in the early years of the Civil War.

Weekdays at 6 p.m.
Beginning August 6 on PBS 6 Plus

Episode 3: The Uniform
Dr. Foster operates on his brother, a Confederate soldier. Alice realizes the depth of Tom’s trauma.

Episode 4: The Bell Alliance
During a Union ball at their house, the Green girls and Frank initiate a daring plan to help him escape.

Episode 5: The Dead Room
The unexpected visit of a hospital inspector throws the staff into disarray.

SEASON 2
Episode 1: Balm in Gilead
The staff unites to save one of their own. A former slave turned activist arrives in town, causing a rift between Foster and Mary.

Season 2 Episode 2: The House Guest
A house guest becomes the focus of Alice's schemes. When Mary falls gravely ill, Foster's attempts to care for her antagonize the new chief.

Season 2 Episode 3: One Equal Temper
As Pinkerton looks at the Greens more closely, they join forces to hide an ugly secret.

Season 2 Episode 4: Southern Mercy
After the Second Battle of Bull Run and Battle of Chantilly, Hopkins and Emma set out to rescue a stranded group of wounded Union soldiers.

Season 2 Episode 6: House of Bondage
After Antietam, the Greens suffer a setback and Pinkerton's inquiry heats up.

Mercy Street Preview
MORE: PBS 6 Plus, PBS 6 Plus Video
By posting comments, you agree to our
AZPM encourages comments, but comments that contain profanity, unrelated information, threats, libel, defamatory statements, obscenities, pornography or that violate the law are not allowed. Comments that promote commercial products or services are not allowed. Comments in violation of this policy will be removed. Continued posting of comments that violate this policy will result in the commenter being banned from the site.