No injuries reported; the popular destination on tribal land is expected to be closed for more than a week. by Felicia Fonseca, Associated Press TWEET SHARE 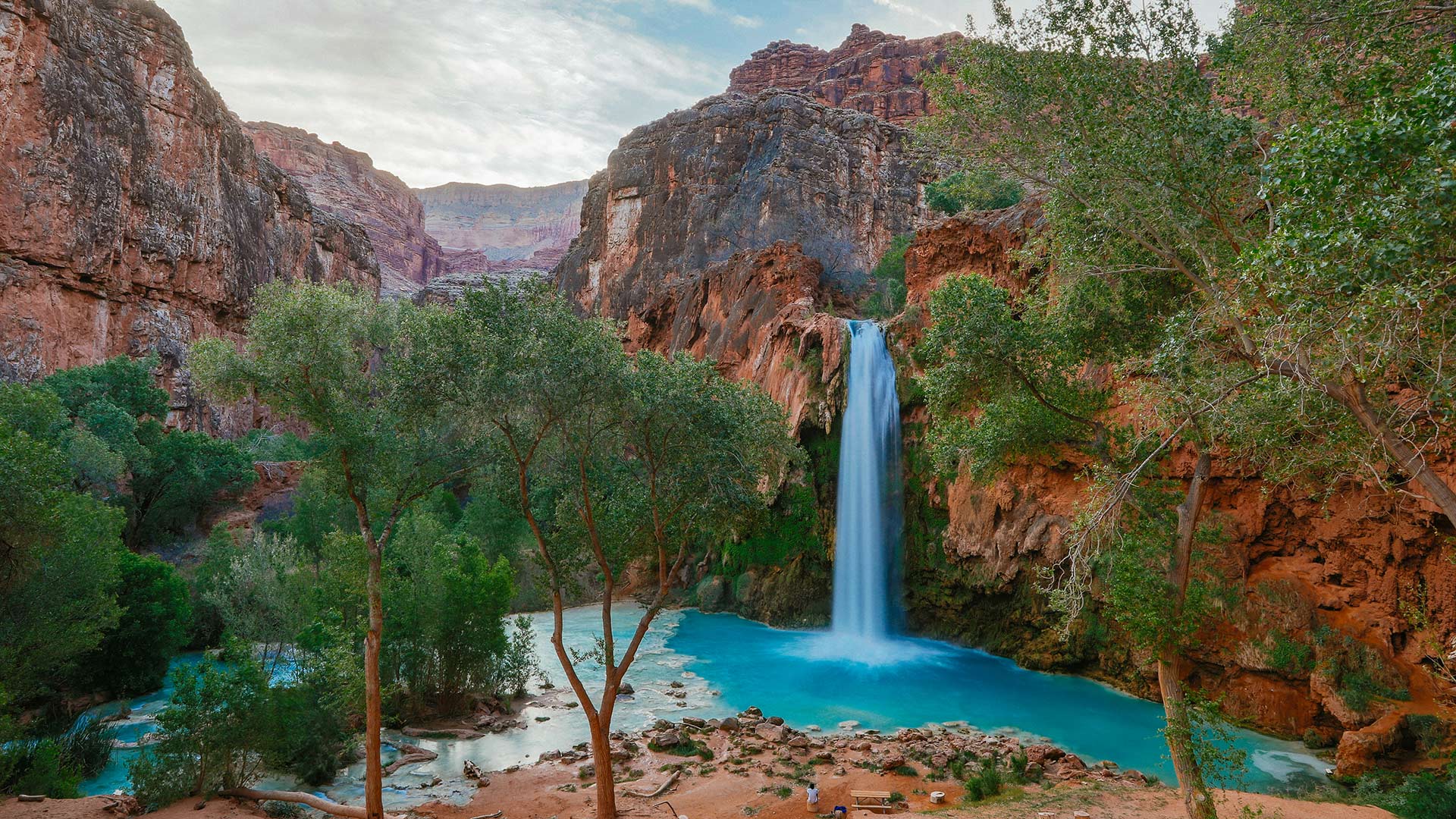 FLAGSTAFF — Rescue workers were evacuating about 200 tourists Thursday who were caught in flash flooding at a popular campground on tribal land near the Grand Canyon where visitors go to see towering blue-green waterfalls.

The evacuations came after two rounds of flooding hit the Havasupai Reservation, deep in a gorge off the Grand Canyon in Arizona.

All the tourists were accounted for and no one was seriously injured during the flooding Wednesday evening and early Thursday, tribal spokeswoman Abbie Fink said.

Tourist Benji Xie said people were swimming at the base of waterfalls when the flash flooding struck, sending them scrambling for higher ground.

"The sky opened up. Winds started blowing, sand was blowing everywhere and rain was coming down in sheets," he told The Associated Press.

Soon, water was sloshing up around people's tents, prompting him and his friends to warn other campers to flee.

Some people were stranded on islands that formed in the water, while others climbed trees, stood on benches or took shelter in caves, he said.

The tribe used ATVs, rope and manpower to get dozens of tourists from the campground below the village of Supai to a school, where they spent the night and were given food and supplies.

Crews were working to transport them by helicopter out of the canyon.

Posts on social media showed muddy water roaring through the canyon that is prone to flooding.

Rather than panic, Xie said most of the campers were in a state of disbelief about what had happened. He said he would not hesitate to return.

Tourism is the lifeblood of the tribe's economy, with many residents making a living by working in the area's lodge, cafe and small store, or packing camping gear onto the backs of mules headed up and down an eight-mile trail. Spots in the campground sell out quickly every year.

The canyon is accessible only by foot, helicopter or mule ride, making it crucial to have as much of a heads-up as possible when floods are approaching so people can seek higher ground.

Brian Klimowski of the National Weather Service in Flagstaff said the agency contacted the tribe around 6:30 p.m. Wednesday with a flood advisory for the area.

The hard rain hit about 45 minutes later and a stream gauge noted a four-foot rise in Havasu Creek, he said. It rose again at 2 a.m.

In both cases, water receded within two hours, he said.

"That's a steep-walled canyon with a relatively flat bottom on it," he said. "When the water rises, it can engulf a significant part of the canyon area, and that's what happened down in the campground."

The canyon will be closed to tourists more than a week as the damage is assessed, Fink said.

Flagstaff Hit by Flooding Following Storm Court Rules in Favor of Havasupai Students in Education Suit Havasupai Sue To Protect Their Water
By posting comments, you agree to our
AZPM encourages comments, but comments that contain profanity, unrelated information, threats, libel, defamatory statements, obscenities, pornography or that violate the law are not allowed. Comments that promote commercial products or services are not allowed. Comments in violation of this policy will be removed. Continued posting of comments that violate this policy will result in the commenter being banned from the site.