Arizona Stadium to Sell Beer and Wine in 2018 Season

The University of Arizona extended its liquor license to serve anyone of age at UA football games. by Brandon Mejia Tweet 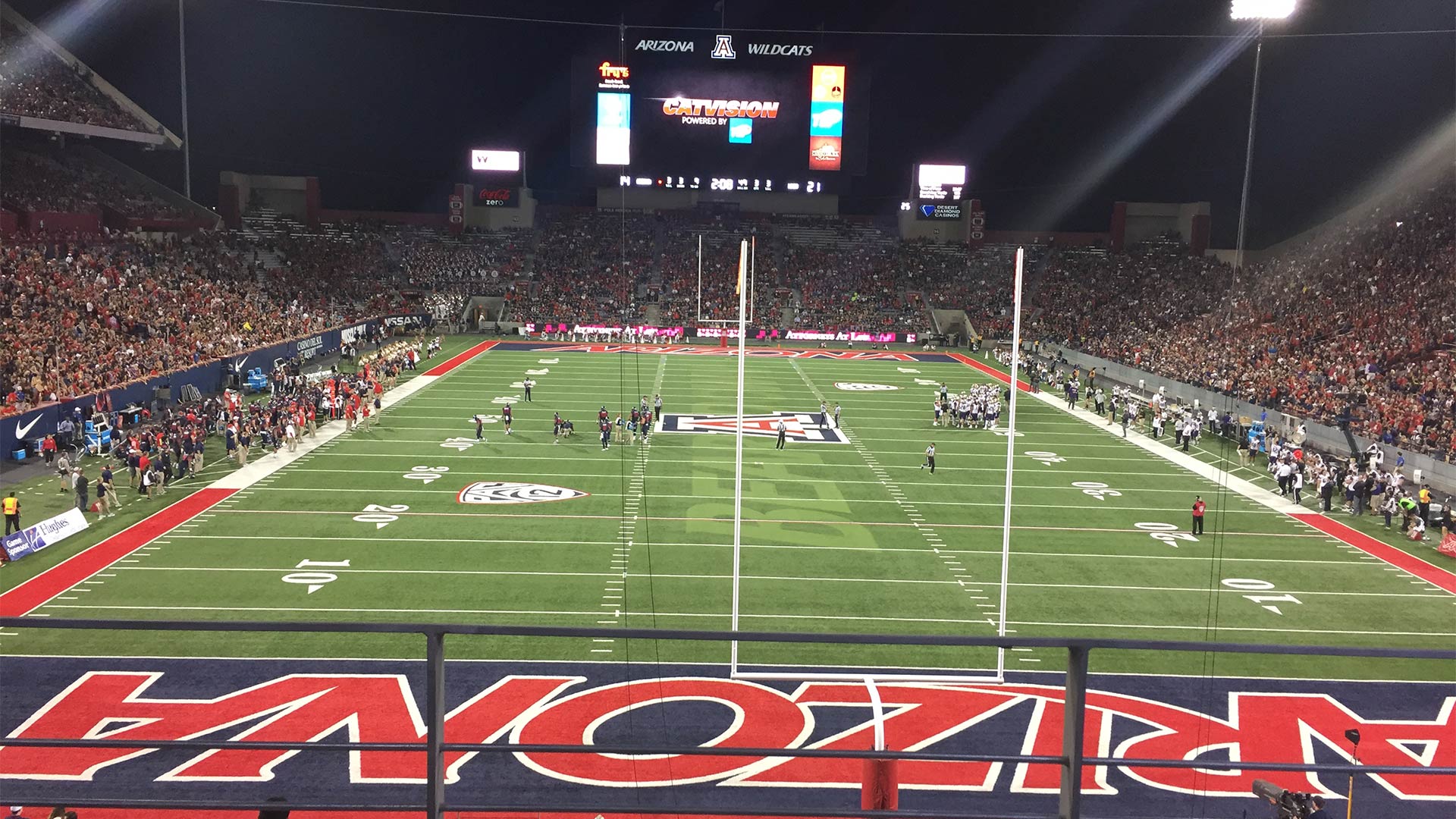 Arizona Stadium, where the University of Arizona football team plays, extended its liquor license to allow the sale of alcohol to anyone of age during all football games starting this season.

Previously, alcohol was only sold to fans at Arizona Stadium sitting in private club or box seats, according to Joel Hauff, associate vice president of student affairs for the UA.

Alcohol sales will be limited to beer and wine. Sales will begin 90 minutes before the game and stop at the end of the third quarter, Hauff said.

Some neighborhood associations near Arizona Stadium have expressed concerns about the change, he said.

"We will keep our game day hotline active so that if things are going on, on game day, people have a mechanism that they can reach out and get a response from the University," Hauff said.

In addition to ensuring safety, Hauff said the UA will add more security and issue wristbands to anyone 21 and older who is drinking.

The Mckale Center, where the UA basketball team plays, will start selling alcohol at games as well. McKale got its liquor license approved in March.

ASU Expanding Beer, Wine Sales at Sun Devil Stadium Sun Link Streetcar Turns 4, Poised to Hit 4 Million Riders University of Arizona Plans Purchase of President's House
By posting comments, you agree to our
AZPM encourages comments, but comments that contain profanity, unrelated information, threats, libel, defamatory statements, obscenities, pornography or that violate the law are not allowed. Comments that promote commercial products or services are not allowed. Comments in violation of this policy will be removed. Continued posting of comments that violate this policy will result in the commenter being banned from the site.