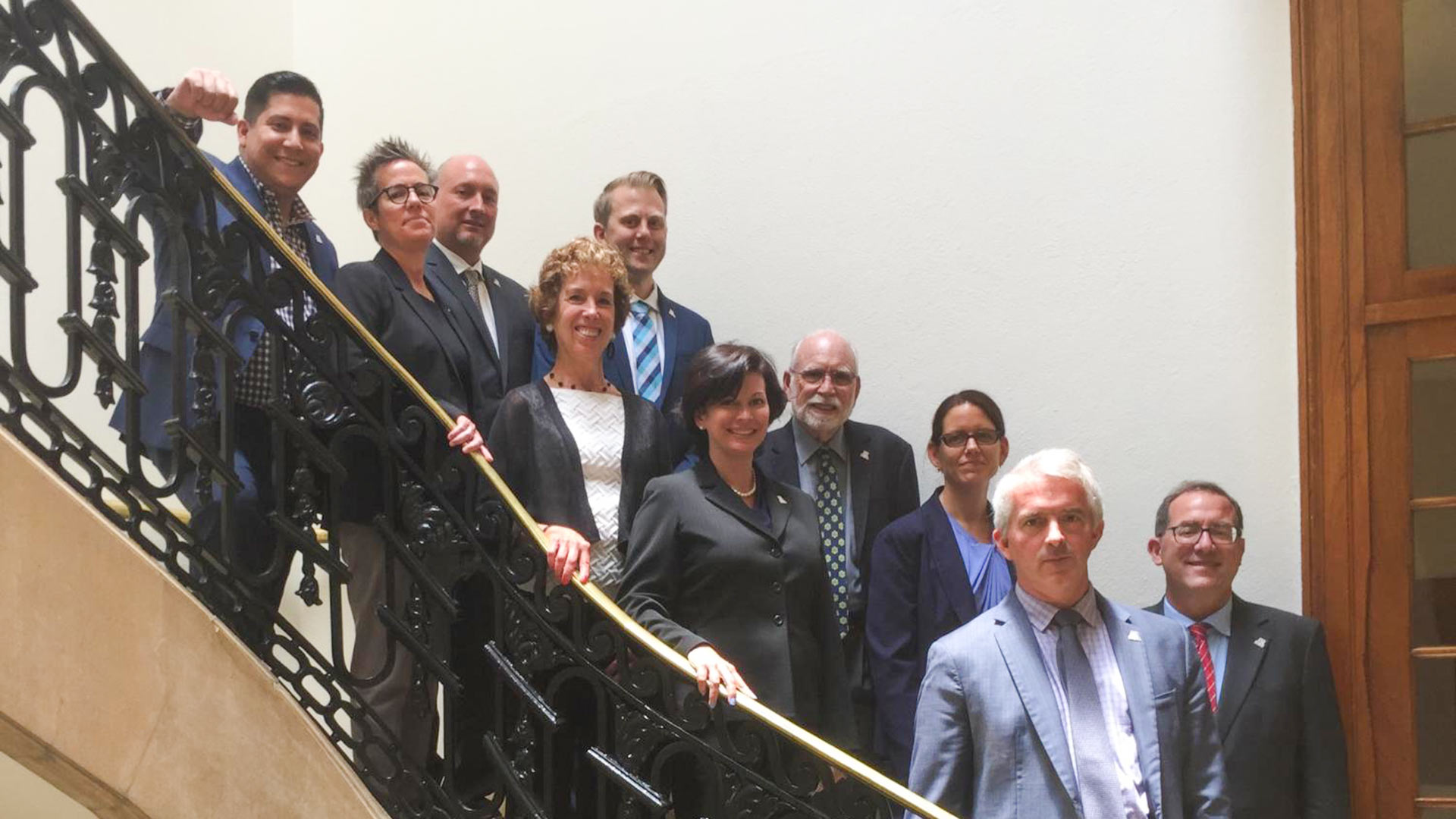 MEXICO CITY — Seventy-seven Mexican diplomats are graduating in Mexico City from a program jointly developed by the Mexican Secretary of Foreign Affairs and the University of Arizona’s College of Law.

“Our college of law is training diplomats in fundamentals of U.S. law, diplomats who are either stationed in Mexican consulates in the United States or work here in Mexico,” said Marc Miller, dean of the UA’s James E. Rogers College of Law in Tucson.

“We are here neither to criticize or defend our home country’s law, but to empower and enable Mexican diplomats to provide the best advice to their own citizens,” Miller stated.

According to Miller, the program helped the college identify areas of immigration policy that the diplomats are concerned about.

“There’s been an extraordinary change and it’s happening before us: the family separation issues, DACA, changes in immigration policy and enforcement, all under the new administration,” the dean said.

Miller said they hope to replicate the program not only with more Mexican students, but also with other nations' diplomatic representatives working in the U.S.

Mexican President-Elect Wants Fewer Migrants to US 'Dreamer' Calls to Mexican Consulate Double, Rep Says Get ready for spectacular star show from the James Webb Space Telescope
By posting comments, you agree to our
AZPM encourages comments, but comments that contain profanity, unrelated information, threats, libel, defamatory statements, obscenities, pornography or that violate the law are not allowed. Comments that promote commercial products or services are not allowed. Comments in violation of this policy will be removed. Continued posting of comments that violate this policy will result in the commenter being banned from the site.