Authorities Unsure What Led ATV to Go Off Arizona Cliff

Search and rescue teams recovered the bodies of four men from the Phoenix area who plunged 400 feet off a cliff. by Associated Press TWEET SHARE 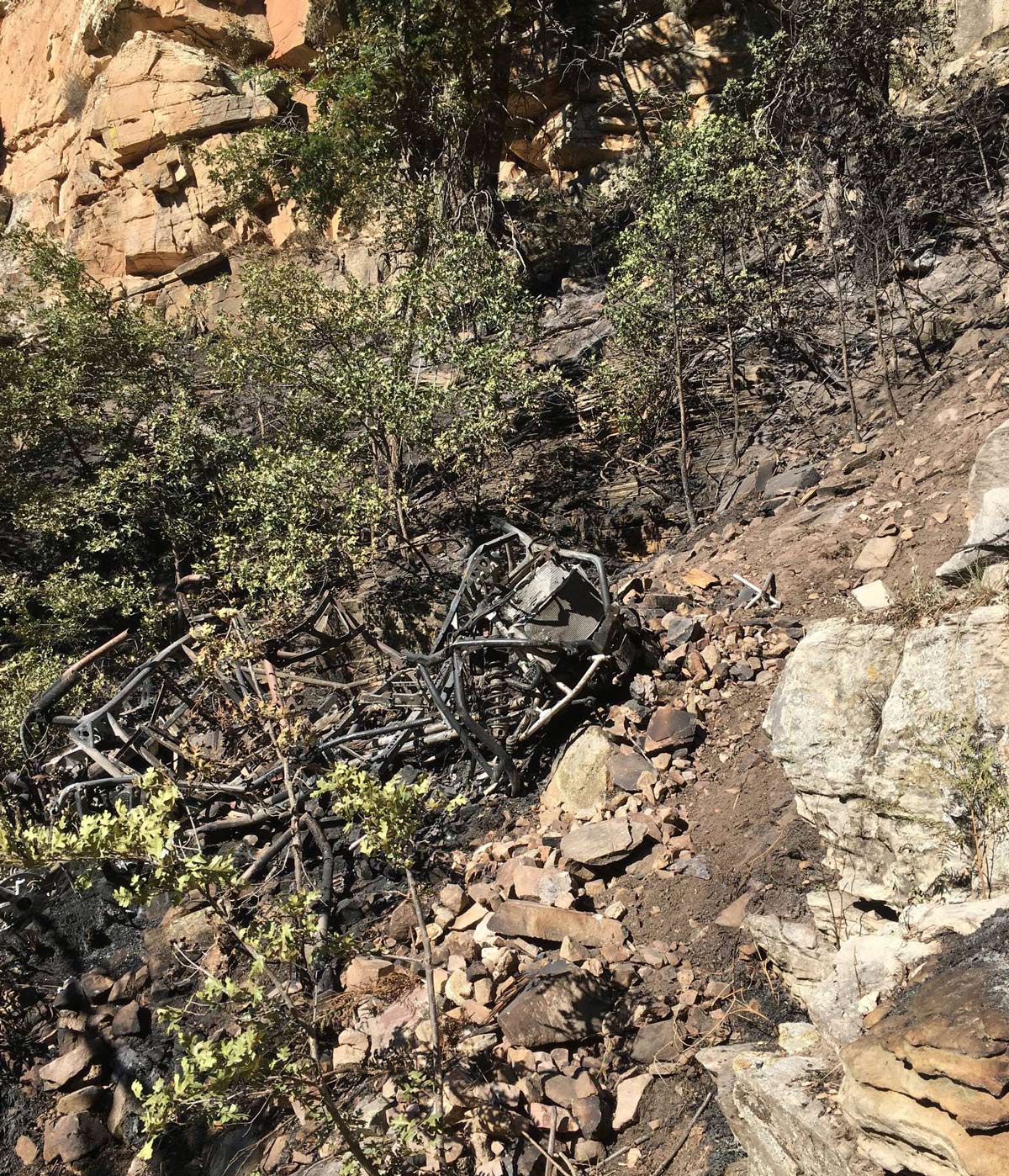 VIEW LARGER Wreckage of an ATV that plunged off a cliff in the Coconino National Forest, in the Blue Ridge area.
Coconino County Sheriff via Facebook

FLAGSTAFF — Authorities in northern Arizona are trying to figure out how an ATV went off a cliff, killing all four men riding in it.

Coconino County Sheriff's officials recovered the bodies Monday of the victims of a weekend crash near Blue Ridge.

Sheriff's spokesman Jon Paxton says investigators are continuing to look into how the all-terrain vehicle veered off a forest road and plunged 400 feet.

Paxton says the four men were from metro Phoenix area and had been on a camping trip in the Payson area.

He says the county medical examiner had not yet made positive identifications.

The Saturday crash also sparked a 10-acre fire, which made it difficult for rescuers to get to the victims.

The road has since reopened.

4 Believed Dead After ATV Plunges off Arizona Cliff, Starting Wildfire ADOT Project Aims to Prevent Dust-Related Crashes on I-10 Nine Killed in Crash of C-130 Aircraft Headed to Tucson
By posting comments, you agree to our
AZPM encourages comments, but comments that contain profanity, unrelated information, threats, libel, defamatory statements, obscenities, pornography or that violate the law are not allowed. Comments that promote commercial products or services are not allowed. Comments in violation of this policy will be removed. Continued posting of comments that violate this policy will result in the commenter being banned from the site.