Sen. Jeff Flake, who had wavered, said he will vote to confirm the nominee unless something changes. by Alan Fram and Lisa Mascaro, Associated Press Tweet 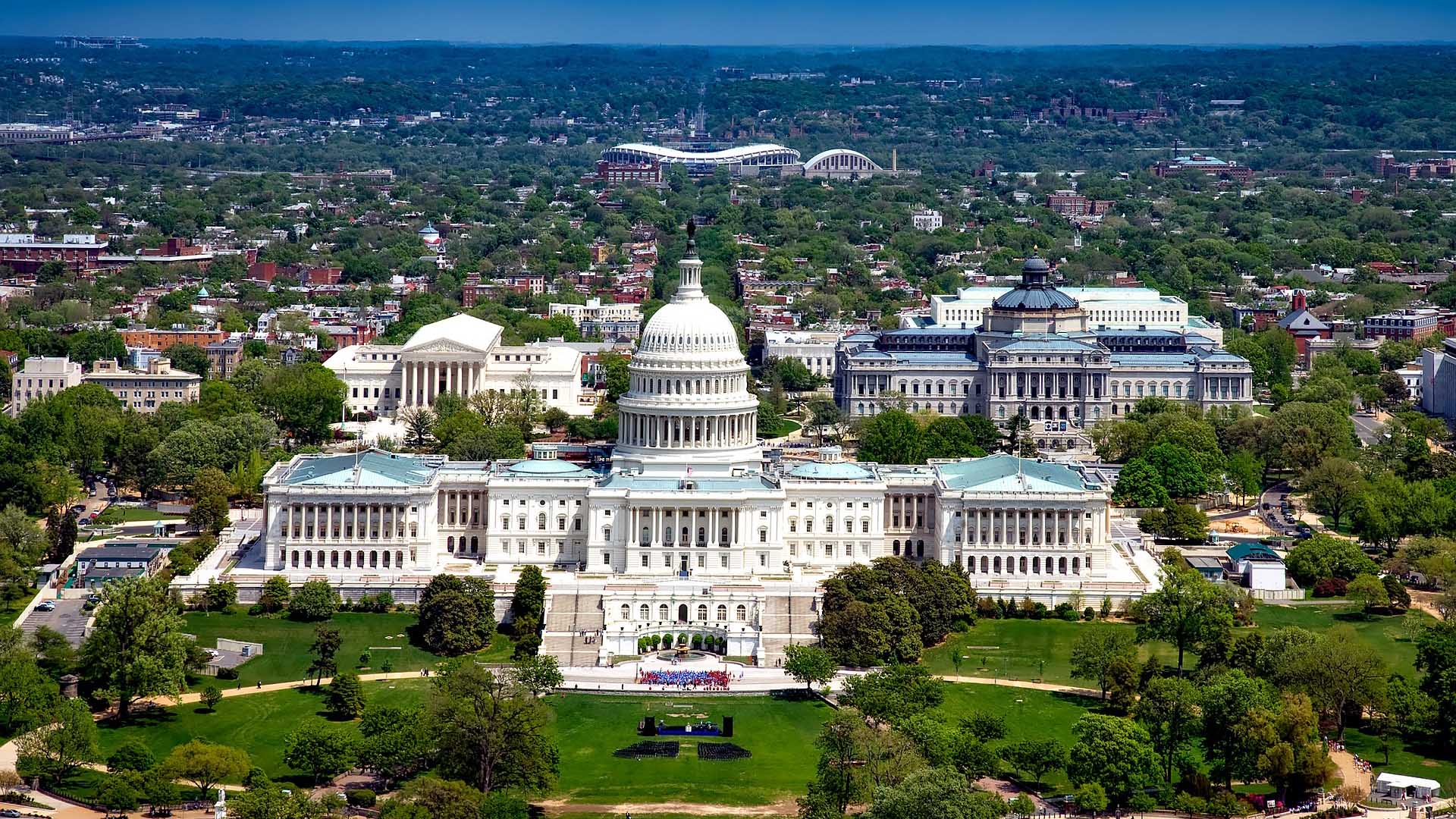 The U.S. Capitol in Washington D.C.

WASHINGTON — A deeply divided Senate pushed Brett Kavanaugh's Supreme Court nomination past a key procedural hurdle Friday, and prospects seemed to improve that the conservative jurist was headed toward the nation's highest court despite allegations that he sexually assaulted women decades ago. A final showdown vote was expected Saturday.

Senators voted 51-49 to limit debate, defeating Democratic efforts to scuttle the nomination with endless delays. In the closely divided chamber, Alaska's Lisa Murkowski was the only Republican voting to stop the nomination, West Virginia's Joe Manchin the sole Democrat to keep it alive.

The outcome of Saturday's climactic vote remained uncertain. But the math was breaking in Kavanaugh's favor as the climax drew near for a spellbinding, election-season fight that's been fought against the backdrop of the #MeToo movement and stalwart conservative support for President Donald Trump.

Sen. Jeff Flake, R-Ariz., who'd wavered for weeks, voted to move the nomination forward and said he'd vote the same way on confirmation "unless something big changes." Murkowski suggested to reporters that she would again vote no, calling Kavanaugh "a good man" but maybe "not the right man for the court at this time."

That meant Kavanaugh would win final approval unless both Manchin and Republican Susan Collins of Maine switched from backing Friday's procedural vote to opposing confirmation. That was possible, but it is unusual for lawmakers to switch their votes on such high-profile issues.

Collins told reporters she would reveal her decision later Friday, and a "yes" from her would ensure Kavanaugh's confirmation. A "no" would put enormous pressure on Manchin — who faces a competitive re-election fight next month — from fellow Democrats to remain loyal to his party.

Vice President Mike Pence was ready to cast a tie-breaking vote if needed. 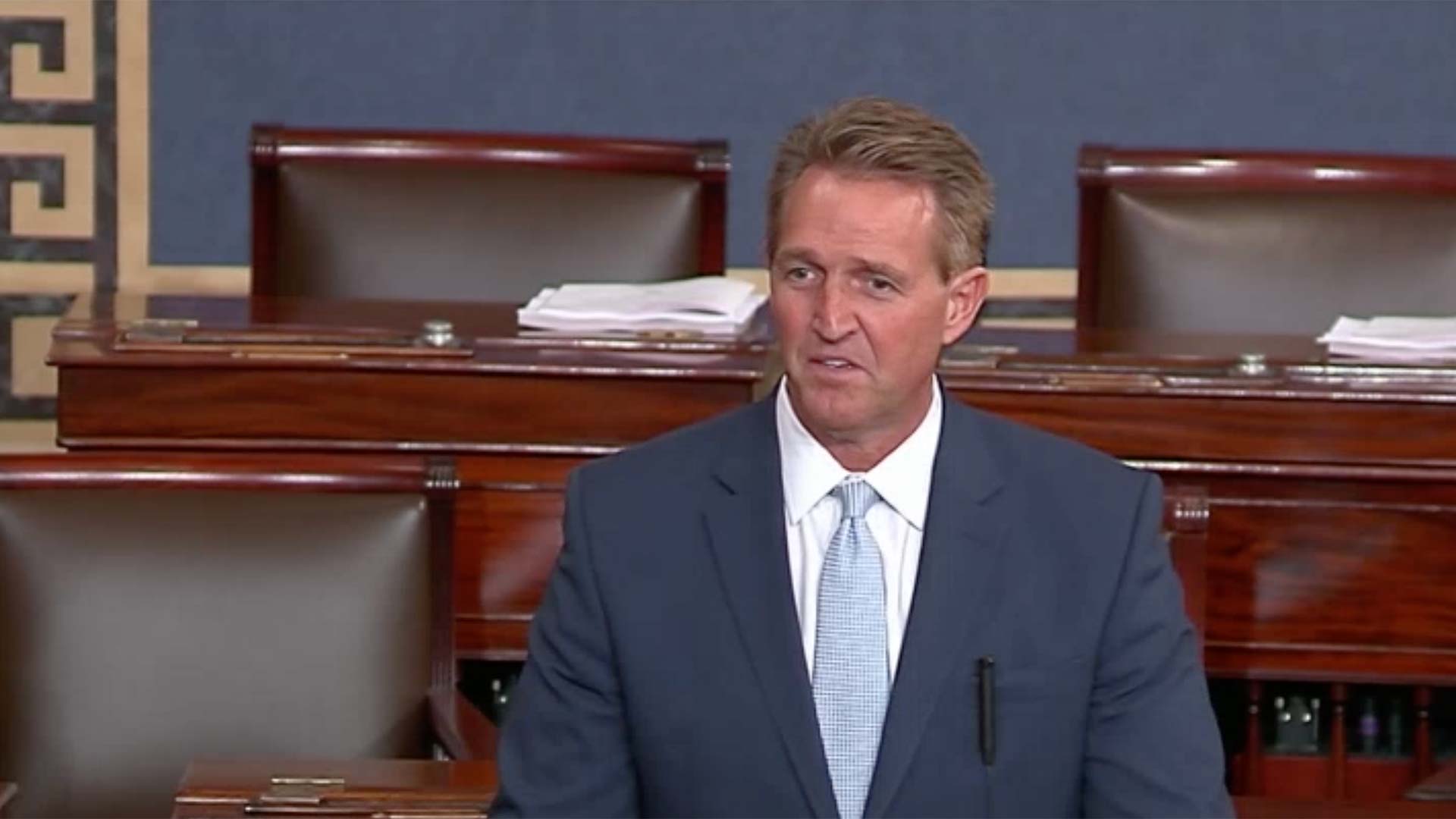 Collins, Flake, Murkowski and Manchin were the only lawmakers who didn't reveal until Friday how they would vote on moving the nomination ahead.

The vote occurred amid smoldering resentment by partisans on both sides, on and off the Senate floor.

"What left wing groups and their Democratic allies have done to Judge Kavanaugh is nothing short of monstrous," Republican Judiciary Committee Chairman Chuck Grassley of Iowa declared before the vote. He accused Democrats of using destructive, unwarranted personal attacks on the nominee and even emboldening protesters, saying, "They have encouraged mob rule."

On the other side, Senate Democratic leader Chuck Schumer of New York called the fight "a sorry epilogue to the brazen theft of Justice Scalia's seat." That reflected Democrats' lasting umbrage over Republicans' 2016 refusal to even consider Merrick Garland, President Barack Obama's nominee to replace the late Antonin Scalia.

Confirmation for Kavanaugh would be a crowning achievement for Trump, who with a victory could cast the court in a right-leaning direction for decades. It would also be a triumph for the GOP's conservative base and Senate Republican leader Mitch McConnell of Kentucky.

During Friday's roll call, Murkowski sat solemnly and whispered "No" when it was her turn to vote. As the tally neared an end, she spoke with Collins, a friend. They were surrounded by colleagues from both parties after the vote.

Trump weighed in shortly after the result was announced, tweeting, "Very proud of the U.S. Senate for voting 'YES' to advance the nomination of Judge Brett Kavanaugh!"

Friday's vote occurred a day after the Senate received a roughly 50-page report from the FBI on its reopened investigation of Kavanaugh, which Trump ordered only after wavering GOP senators forced him to do so.

Republicans said the confidential document — which described interviews agents conducted with 10 witnesses — failed to find anyone who could corroborate allegations by his two chief accusers, Christine Blasey Ford and Deborah Ramirez. Democrats belittled the bureau's findings, saying agents constrained by the White House hadn't reached out to numerous other people with potentially important information.

Tensions were also reflected by the thousands of boisterous anti-Kavanaugh demonstrators who flowed around the Capitol complex for days, confronting senators and even reported near their homes. Protesters greeted senators with shouts of both opposition and support, and at one point the rallying chant "I believe survivors" echoed through a Senate office building. Trump tweeted against the "very rude elevator screamers," asserting without evidence that they were "paid professionals."

McConnell said that defeating Kavanaugh would mean that "media bullying and mob intimidation are valid tactics for shaping the Senate."

Dianne Feinstein of California, the Judiciary Committee's top Democrat, said Kavanaugh's testimony at last week's dramatic hearing should "worry us all," citing what she called "a hostility and belligerence that is unbecoming" of a Supreme Court nominee.

When Trump nominated Kavanaugh in July, Democrats leapt to oppose him, saying that past statements and opinions showed he'd be a threat to the Roe v. Wade case that assured the right to abortion. They said he also seemed ready to knock down Obama's health care law and to rule for Trump if federal authorities probing his 2016 campaign's alleged connections to Russia try to pursue him in court.

Those legal arguments evolved into a late-summer spectacle after Ford accused Kavanaugh of trying to rape her at an alcohol-infused high school gathering in 1982, when both were teenagers. Two other women emerged and accused him of other incidents of sexual misconduct. Kavanaugh denied all the allegations.

Under pressure from wavering fellow Republicans, GOP leaders agreed to an extraordinary Senate Judiciary Committee hearing last week that absorbed the nation as Ford nervously recounted her story and said she was "100 percent" certain that Kavanaugh was her attacker.

A fuming Kavanaugh strode into the same packed hearing room and said he was "100 percent" certain the incident had not occurred. He angrily accused Democrats of a "search and destroy" mission, fueled by their hatred of Trump.

Sen Jon Kyl Praises Kavanaugh After Briefing on FBI Report Flake Strikes Cautious Tone on Kavanaugh Hearing Judge strikes down Trump-era water regulation that limited protections
By posting comments, you agree to our
AZPM encourages comments, but comments that contain profanity, unrelated information, threats, libel, defamatory statements, obscenities, pornography or that violate the law are not allowed. Comments that promote commercial products or services are not allowed. Comments in violation of this policy will be removed. Continued posting of comments that violate this policy will result in the commenter being banned from the site.