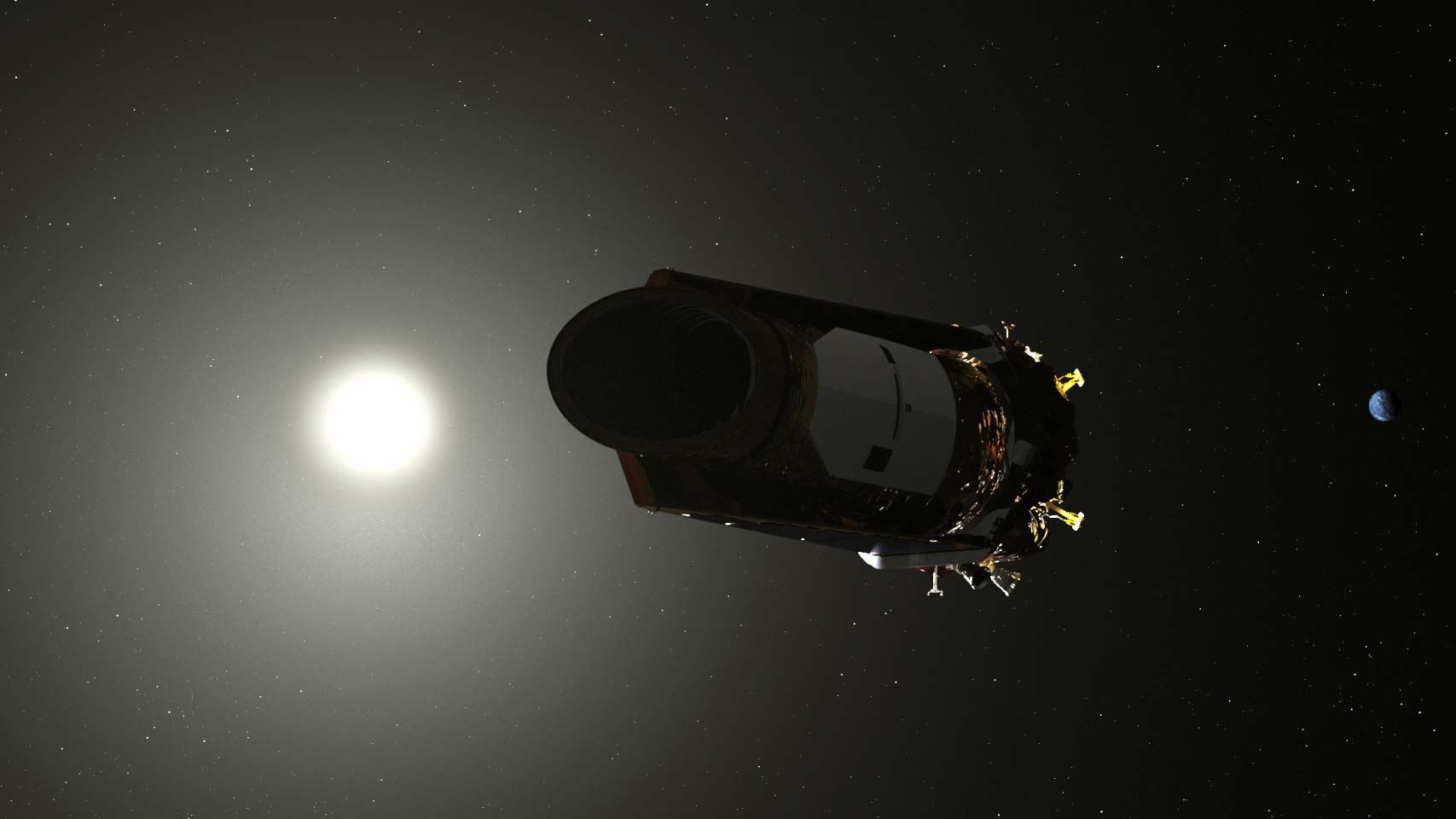 An artist's illustration of the Kepler telescope.
NASA

After nine years and more than 500,000 stars observed, NASA's Kepler space telescope has run out of fuel and is embarking on a well-earned retirement.

Kepler's scientific contributions — and Earth-trailing solar orbit — ensure it will always have a place in the sun.

Launched on March 6, 2009, the planet hunter has spotted more than 2,600 worlds, many of them Earthlike and orbiting within habitable zones.

Kepler observed thousands of stars at once, looking for telltale dimming patterns caused by the passing of an orbiting planet.

Its data transformed scientific understanding of the planetary population of the galaxy, the characteristics of stars and how solar systems form.

How grasshoppers deal with blood rushing to their heads The top theory about our moon's origin was developed in Tucson UA students forge connection with Navajo Nation in engineering project
By posting comments, you agree to our
AZPM encourages comments, but comments that contain profanity, unrelated information, threats, libel, defamatory statements, obscenities, pornography or that violate the law are not allowed. Comments that promote commercial products or services are not allowed. Comments in violation of this policy will be removed. Continued posting of comments that violate this policy will result in the commenter being banned from the site.