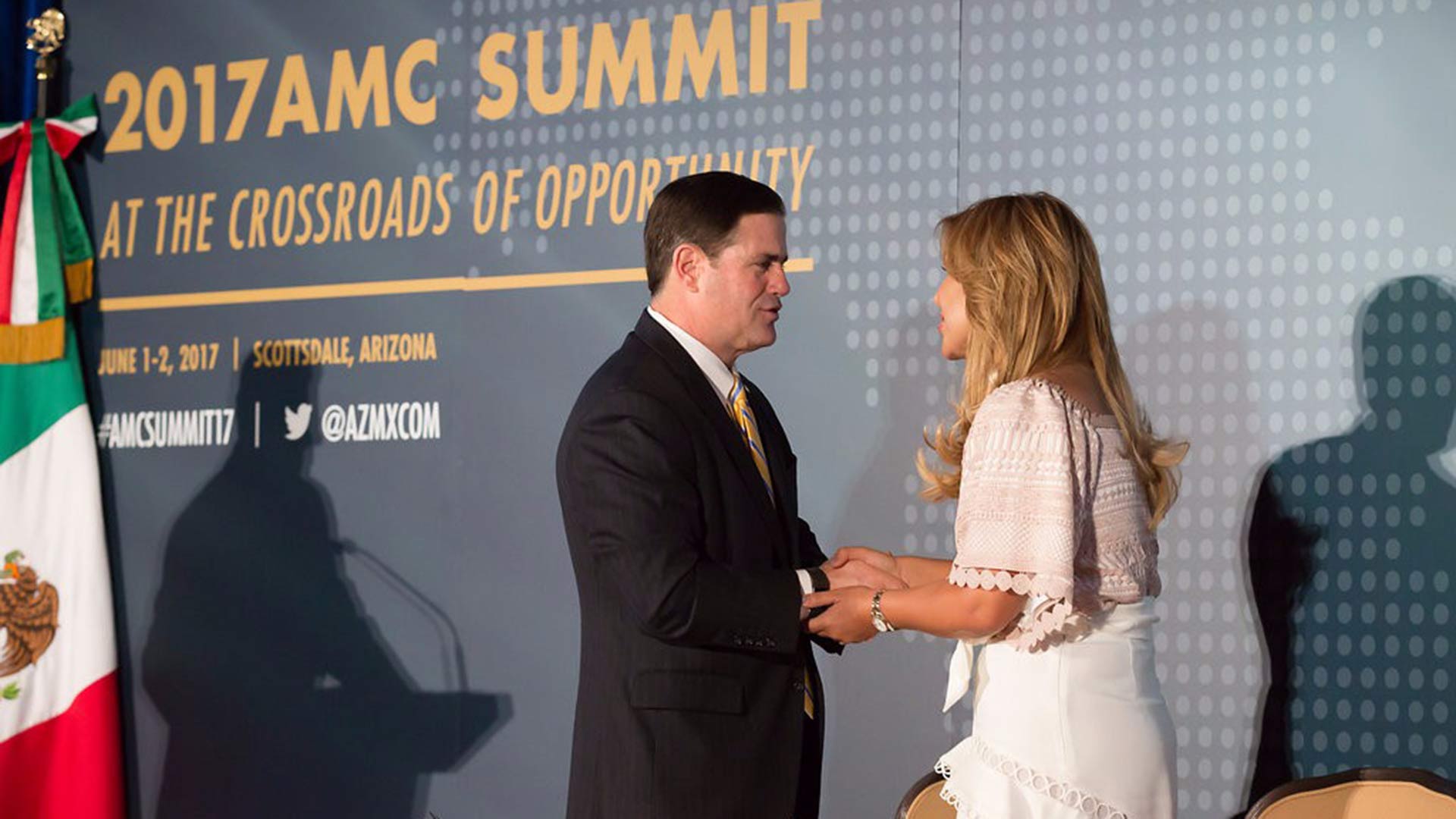 In the days since Doug Ducey was elected for a second term as Arizona’s governor, government leaders in neighboring Sonora, Mexico have offered their support and congratulations.

Sonoran Gov. Claudia Pavlovich praised Ducey on Twitter saying she’s confident he will continue working not only on behalf of Arizona families but to strengthen the so-called Arizona-Sonora Megaregion.

The state’s economy secretary also made a statement calling the re-election good news for Sonora. He said Ducey’s government has worked well with Sonoran officials and his continued leadership will provide stability that benefits both states.

Ducey touted Arizona’s improved relationships with its southern neighbor in his re-election campaign and has emphasized the importance of binational business and trade for Arizona’s economy.

Some of Ducey’s policies on border security — including his support for President Donald Trump’s recent deployment of troops to the border — are less popular with Sonorans.

State Sen. Engel running for Congress Friese joins race for U.S. House Pima County gets FEMA COVID-19 vaccine site
By posting comments, you agree to our
AZPM encourages comments, but comments that contain profanity, unrelated information, threats, libel, defamatory statements, obscenities, pornography or that violate the law are not allowed. Comments that promote commercial products or services are not allowed. Comments in violation of this policy will be removed. Continued posting of comments that violate this policy will result in the commenter being banned from the site.