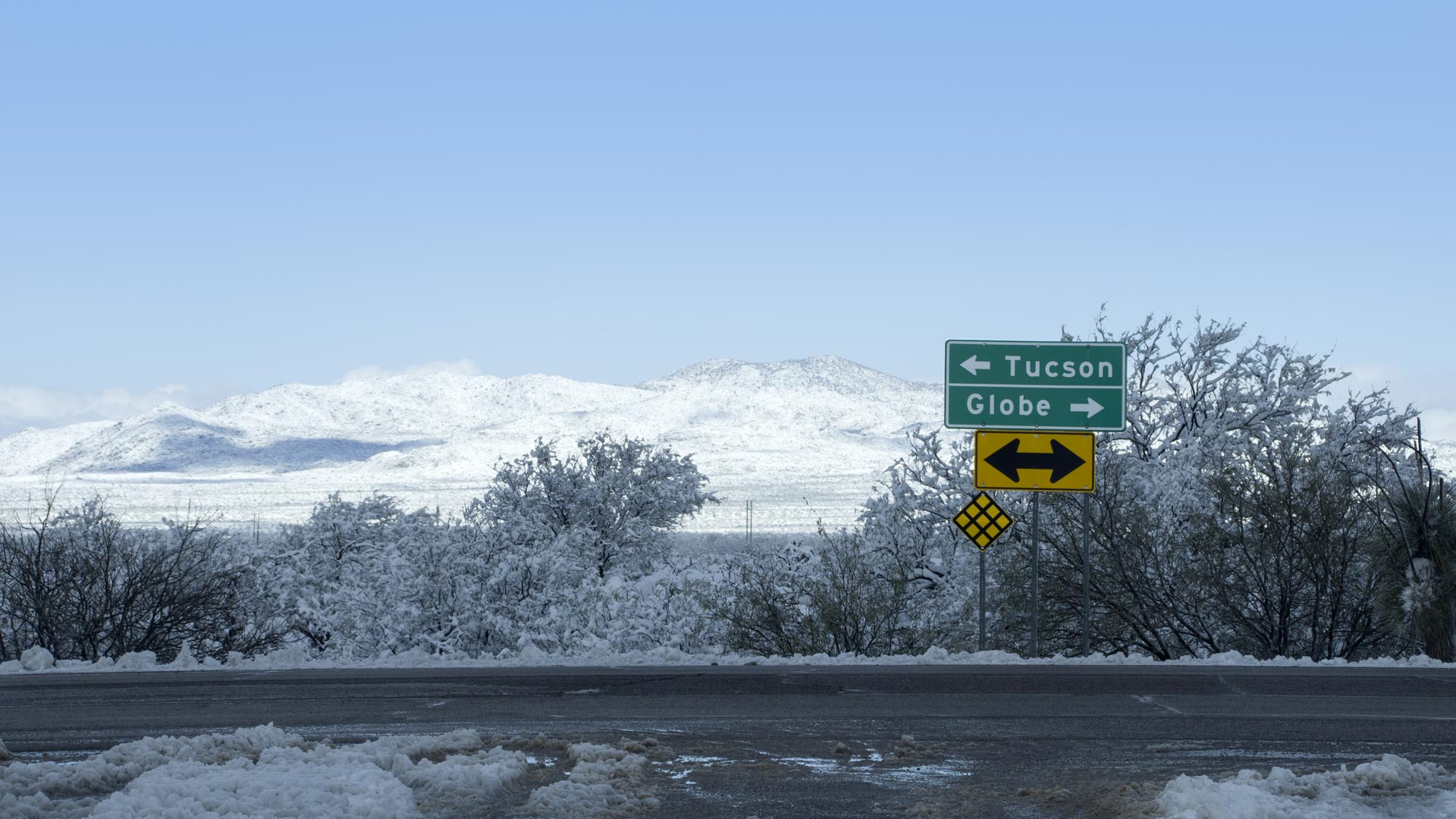 A hard-freeze warning was issued for Wednesday night the Tucson Metro Area, with temperatures expected to be in the low to mid-twenties. Meteorologist Glenn Lader with the National Weather Service in Tucson says that our neighbors to the east can expect even more severe temperatures.

"Especially in Cochise County, Graham, Greenlee County, Santa Cruz County. Some of the colder spots. Especially like around Willcox and such could even see temperatures as low as the single digits. So it's going to be really cold out there tonight."

He says area residents should focus on the four "P's": people, pets, plants and pipes.

Lader says the coldest temperatures in Tucson will occur tonight and will ease up through the end of the week. Those in higher elevations will continue to see temperatures well below freezing.

Tucson mayor asks community for help guiding climate action plan Bruschi returns to Arizona as senior football advisor Economics drives glass recycling
By posting comments, you agree to our
AZPM encourages comments, but comments that contain profanity, unrelated information, threats, libel, defamatory statements, obscenities, pornography or that violate the law are not allowed. Comments that promote commercial products or services are not allowed. Comments in violation of this policy will be removed. Continued posting of comments that violate this policy will result in the commenter being banned from the site.