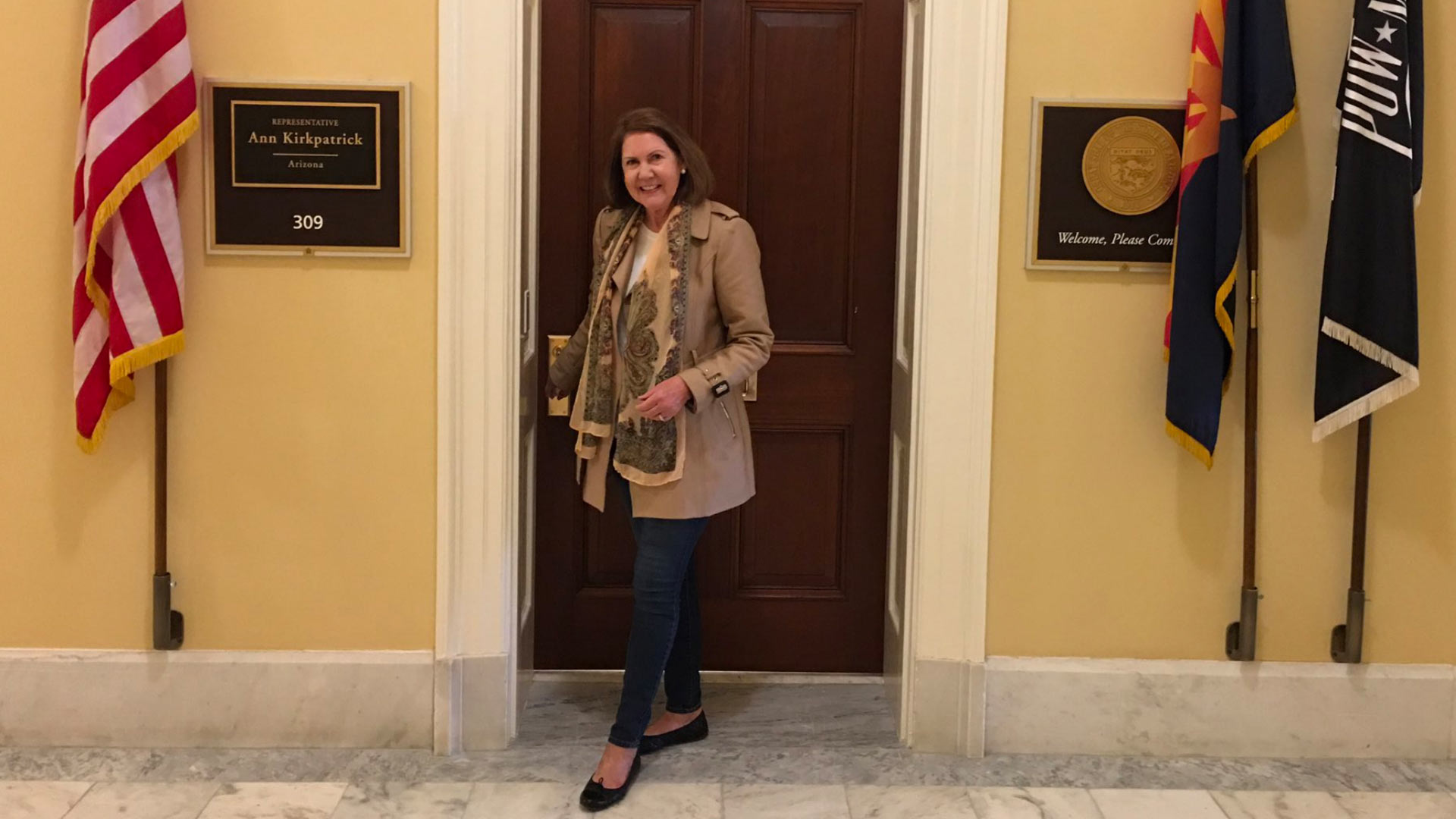 Rep. Ann Kirkpatrick, D-Tucson, stands outside her congressional office in Washington, D.C., in this photo posted on her official Twitter account.

Current law allows only U.S. citizens or those in the process of becoming naturalized to work for the House and Senate.

"If people hear the stories of these 'Dreamers' in Washington, D.C., we would do the Dreamers Act and we would pass comprehensive immigration reform," Kirkpatrick told AZPM in a December interview.

The Tucson Democrat said if the bill passes she already knows who she will hire.

Arizona Democratic Congressmen Ruben Gallego, Greg Stanton, Tom O'Halleran and Raúl Grijalva are among the 16 co-sponsors of the bill.

Grijalva on Shutdown and Border Security, Drought Contingency Plan ADOT: Work Authorization Card Means Eligibility for Driver's License Incoming Rep Kirkpatrick Promises a 'No' to Trump's Border Wall
By posting comments, you agree to our
AZPM encourages comments, but comments that contain profanity, unrelated information, threats, libel, defamatory statements, obscenities, pornography or that violate the law are not allowed. Comments that promote commercial products or services are not allowed. Comments in violation of this policy will be removed. Continued posting of comments that violate this policy will result in the commenter being banned from the site.