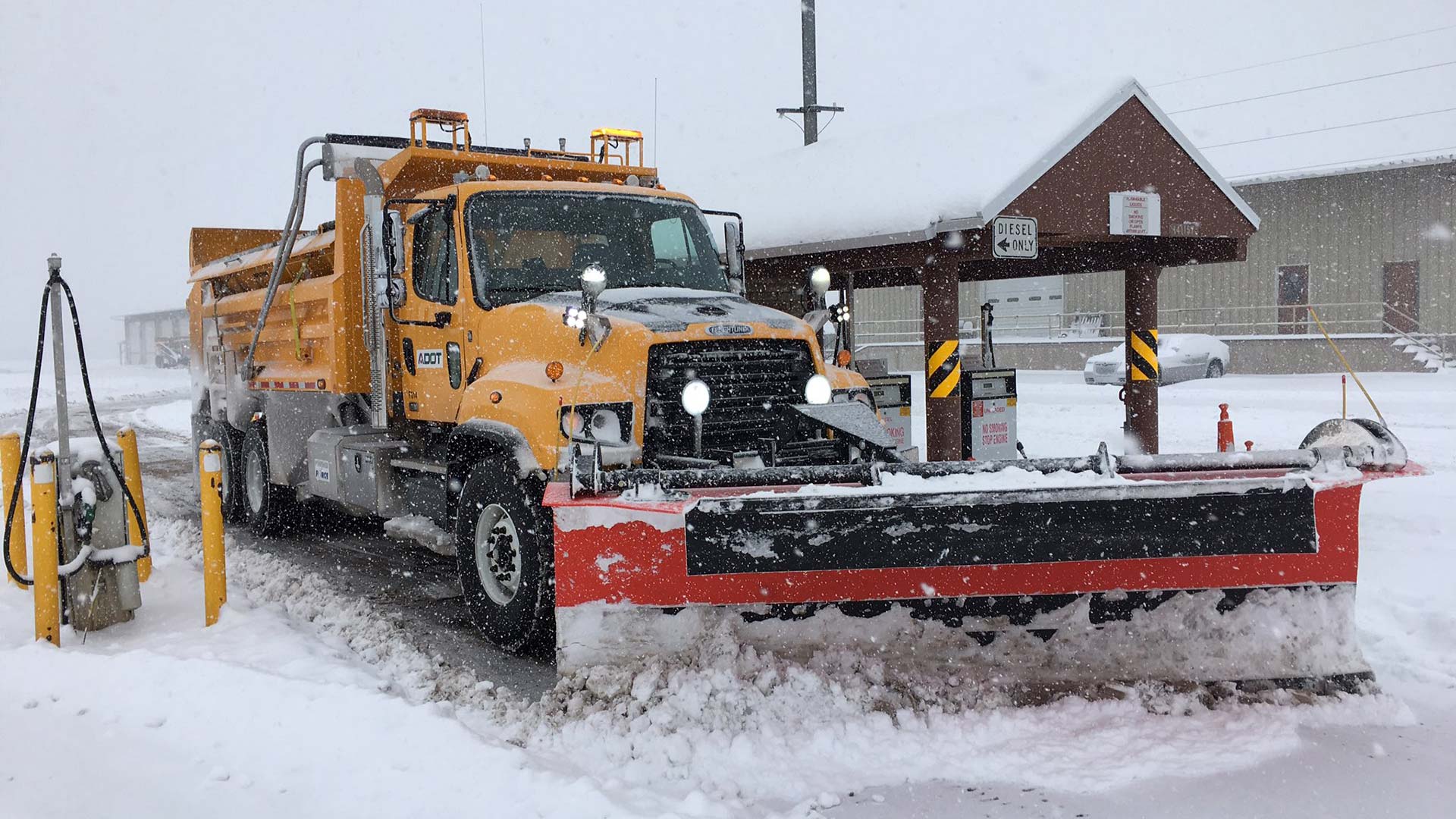 FLAGSTAFF — Schools, highways and businesses and even medical clinics were closed Thursday as a major, record-breaking storm descended on north-central Arizona, dousing some areas with almost two feet of snow.

The National Weather Service said snow was falling at three to four inches an hour in the "not your average" storm. Snow was expected to fall throughout Thursday and Friday. The service said the airport in Flagstaff received 23.8 inches of snow in one day, breaking its daily record of 10 inches in one day in 1944.

"We're quickly approaching the all-time daily record snowfall for Flagstaff of 31.0" (set in 1915)," the weather service said in a tweet.

240pm MST - Very heavy snowfall rates of around 3" per hr will continue along the Mogollon Rim from Flagstaff to Show Low for the next several hrs. Amounts up to 12" of new snow over the next 4 hrs will not be uncommon. Obviously not an ideal time to travel everyone! #azwx pic.twitter.com/QTv5cxYrgI

The city of Prescott declared an emergency, and state road crews were working to keep roads clear.

But for some, the snow was a fun reprieve.

Arianne Nicole Yago, an admissions officer at Northern Arizona University, is from Hawaii but has spent the past three years in Flagstaff.

"It's fun from the inside when you're watching the snow, cause its' such a different experience. For Hawaiian people, this is like a blessing in such a different world. But when you do drive, it is a little scary," Yago said.

State authorities are urging people to avoid travel. They have closed several roads and highways, including a portion of Interstate 40.

UA Survey: Arizona grocery workers worry about unmasked shoppers Weather may delay weekend vaccinations Forecasters: Arizona faces above-normal wildfire threats
By posting comments, you agree to our
AZPM encourages comments, but comments that contain profanity, unrelated information, threats, libel, defamatory statements, obscenities, pornography or that violate the law are not allowed. Comments that promote commercial products or services are not allowed. Comments in violation of this policy will be removed. Continued posting of comments that violate this policy will result in the commenter being banned from the site.