Flowers and Fire: Rain a Double-Edged Sword in the Desert 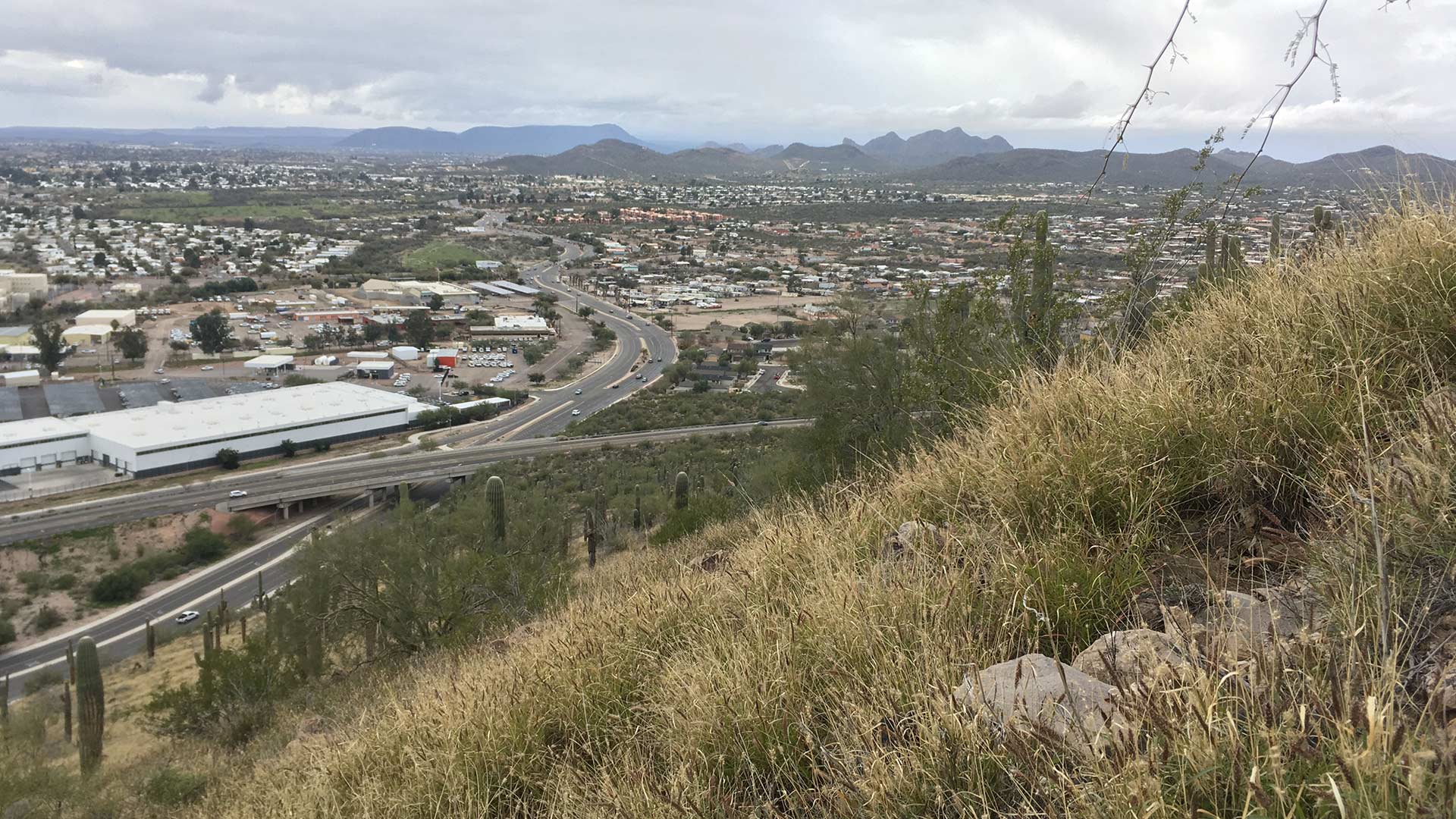 The southern slope of Sentinel Peak, also known as "A Mountain," covered in buffelgrass.
Emma Gibson/AZPM

Local state parks are already trumpeting reports of better-than-average wildflower blooms this spring. Daniel Armenta with the Sky Island Alliance said most people incorrectly attribute impressive wildflower displays to a soggy winter, but that's not the case. It's the rain Southern Arizona received in October that jump started wildflower season. The recent rains in the area are actually fueling invasive species that feed wildfires more than help wildflowers.

"Wildflower seeds germinate in the fall. A lot of people don't realize, even though we don't see the flowers until the spring time, those plants have actually been growing since the fall," said Armenta.

Glenn Lader with the National Weather Service in Tucson said last fall's rain was above average, and this winter is the first in 24 years to get more moisture than usual.

He said in the last two and a half months Tucson's had about 30 percent more rain than typical for this time of year.

"Considering around here, we've seen many winters recently that rain or precipitation's been lacking. It's a nice change," said Lader.

Jim Malusa, a botanist and research scientist at the University of Arizona, said unlike a field of innocuous wildflowers, a mass of invasive species, like Sahara mustard and buffelgrass, increases fire danger. 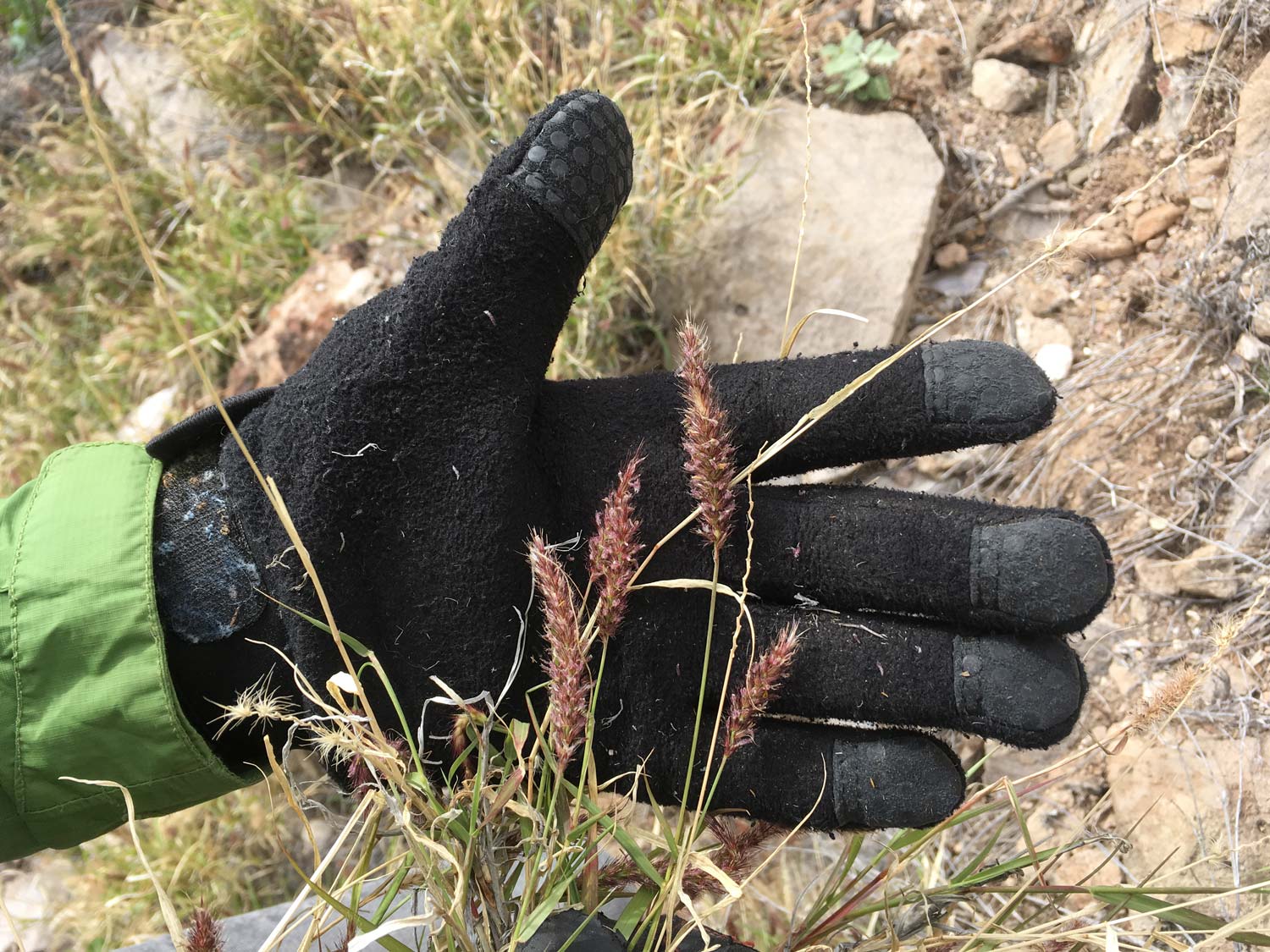 Sahara mustard has two layers to it. Along the ground, stems full of dark green hairy leaves radiate from the center of the plant from which a flower plume shoots up from the ground. The plume is a mess of light green foliage, decorated with tiny white flowers.

At a glance, buffelgrass looks like most decorative grasses on the shelves of a home improvement store. The foliage alternates between green slender leaves and the plant's straw-like remains. It has tan and purple seed heads that look like bottle brushes spitting out all around the plant.

While walking along Sentinel Peak, also known as "A Mountain," Malusa said the buffelgrass covered the slope and was enough "to carry a fire."

He said on July 4, 2017, a firework sparked a fire on the south side of the mountain. It killed all the palo verde trees and severely burnt the saguaros. Now the area is a lawn of bristly buffelgrass dotted with scorched sickly saguaros.

"I think almost all local ecologists, after this fire happened, had two thoughts: how terrible and how perfect. 'Finally, we have an example to show what the consequences of not taking action will be,'" said Malusa.

Throughout his career, Malusa has documented the plants of the Sonoran Desert. He knows which plants call the desert home and which ones are shouldering their way into a new habitat. In the early 2000s he started seeing Sahara mustard in places it had never grown before.

"So it was clear that it was spreading. Then it became very, very abundant in several areas near the Mohawk Dunes, and that area is managed by the Marine Corps," said Malusa.

He said he and the military began to worry about the biodiversity of the area, and how easy it would be to accidentally start a fire during an ammunitions training. They began brainstorming how to control Sahara mustard and buffelgrass in 2013. 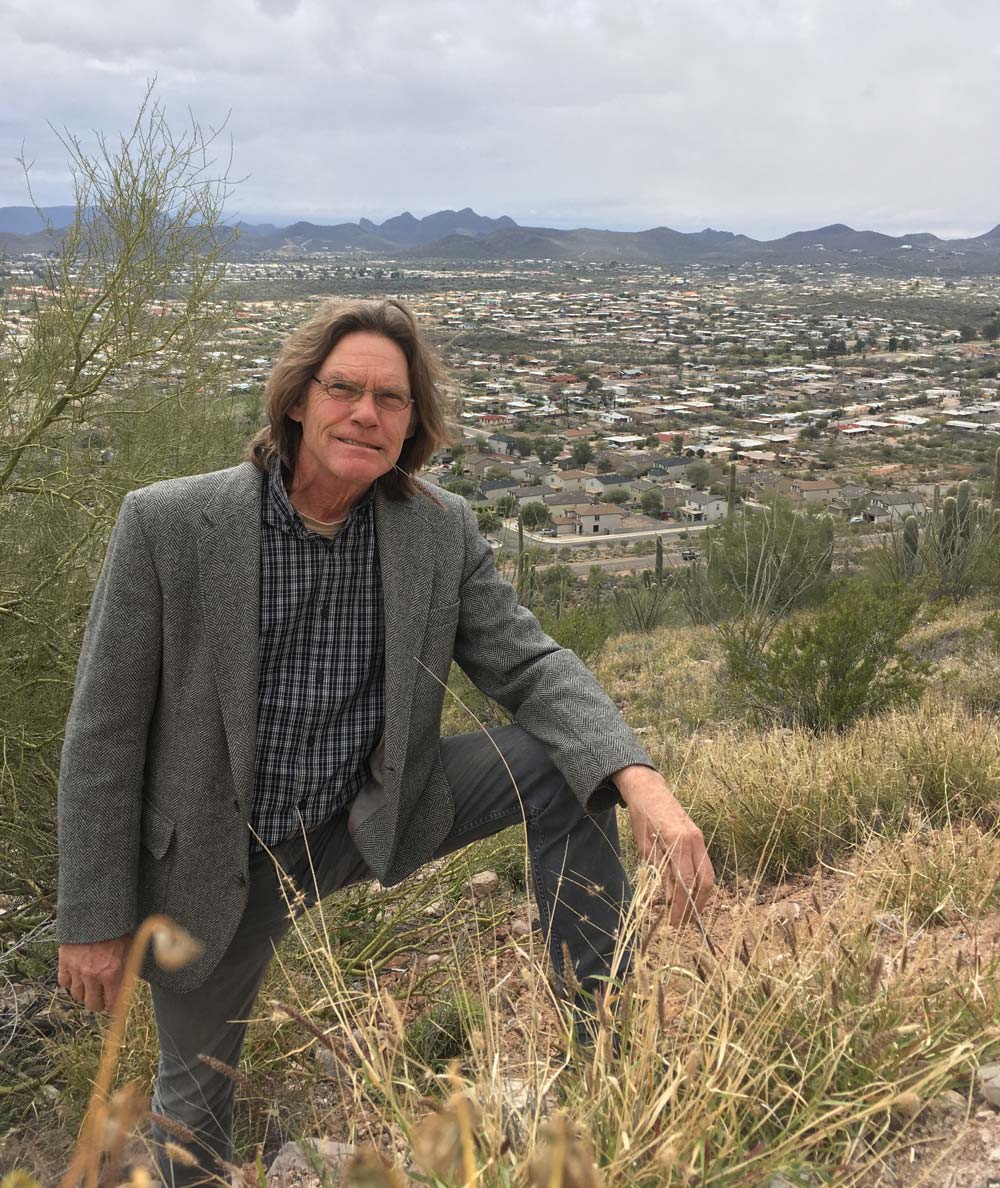 VIEW LARGER Jim Malusa, a botanist and research scientist at the University of Arizona, standing on Sentinel Peak.
Emma Gibson/AZPM

"We thought, 'Who is out there all the time?' It's not the eggheads over at the University of Arizona. It's the range wardens, and we thought we gotta give them the tools to find and record the mustard and the buffelgrass," said Malusa.

Malusa's team found a company in Croatia to create a smartphone app to document the spread of the plants. When the range wardens see one of the undesirable weeds, they step out of their trucks, open the app, click Sahara mustard or buffelgrass, and input how many plants are within 100 feet of them. They can also send a picture of the area with the data.

Once the soldiers hit send, the data embeds in an online map shared with a federal team that comes in and exterminates the plants.

"The most important thing, though, is the actual hit squad that takes out the weeds, and that is the National Park Service Lake Mead Exotic Plant Management Team," said Malusa.

But to be effective, the "hit squad" has to follow the plants' schedule: when they're big enough to pull, but before their seeds drop. If the federal team comes in after the seeds fall, the next year's plants have already gotten started and pulling the adult weeds is pointless.

Last December, the conditions were perfect to pull a lot of weeds, said Malusa.

"We had everything set up and then the shutdown happened," said Malusa.

As federal employees, the extermination team couldn't pull the weeds during the partial government shutdown, so the plants flowered and hundreds of thousands of seeds spread across the desert.

"From the perspective of the Sonoran Desert, it was a disaster. We were ready to take out a plant that poses a very significant threat and we missed out chance, and there was nothing we could do about it," said Malusa.

The team came down after the shutdown ended and cleaned up what they could, but it was too late. The desert landscapes will have more fuel for wildfires come summer.

Wildflowers Show Off Their Colors Around Arizona Forecasters: Arizona faces above-normal wildfire threats Tucson mayor asks community for help guiding climate action plan
By posting comments, you agree to our
AZPM encourages comments, but comments that contain profanity, unrelated information, threats, libel, defamatory statements, obscenities, pornography or that violate the law are not allowed. Comments that promote commercial products or services are not allowed. Comments in violation of this policy will be removed. Continued posting of comments that violate this policy will result in the commenter being banned from the site.