The FEC had flagged contributions from more than 60 donors that appeared to exceed donation limits. by Associated Press TWEET SHARE 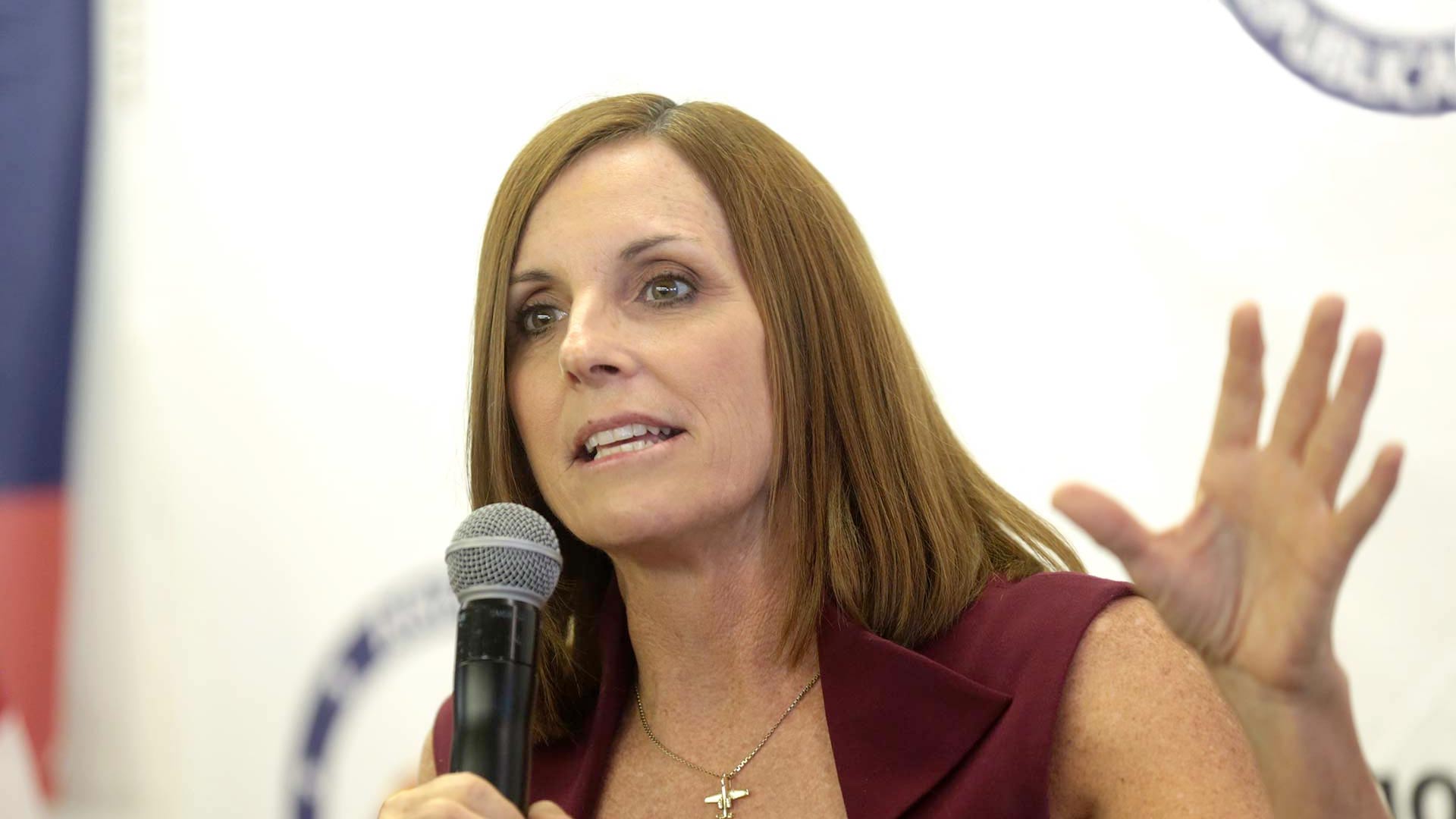 PHOENIX — Arizona Sen. Martha McSally has refunded more than $120,000 in excess campaign contributions after the Federal Election Commission asked her campaign to explain them.

Federal candidates can collect $2,700 from a single donor during a primary election, followed by an additional $2,700 from the same person during the general election. But in January the federal agency flagged dozens of contributions to McSally from more than 60 donors that appeared to exceed those limits during the 2018 campaign.

McSally's campaign told the FEC in a response dated Monday that excessive contributions from 55 people were refunded. The campaign also said it re-attributed another $14,000 to the original donor's spouse and explained that several other donations were not improper because they came from different people with the same name.

McSally, a Republican, lost the November race to Democrat Kyrsten Sinema in a state that hadn't elected a Democrat to the Senate in more than 30 years. She was later appointed to the Senate seat vacated by John McCain, who died last year, and is running in the 2020 campaign to finish the last two years of his term. It's widely expected to be one of the most hotly contested Senate races in the country.

Anthony Barry, a spokesman for McSally's campaign, said the campaign received "tremendous support" in the closing stretch of the campaign and the days after, when it looked like there might a recount. He said the contributions that couldn't be re-attributed to a spouse "were refunded in a timely manner as seen on our FEC filings."

This isn't the first time McSally has drawn attention for her fundraising and record-keeping. An audit by the FEC that was released last year found that the former congresswoman's 2014 campaign accepted $319,000 in excessive contributions.

The agency found that her campaign had sloppy record-keeping, with account balances that were repeatedly overstated or understated. The audit also found that she failed to disclose required donor information and did not report late-in-the campaign donations within the required amount of time.

American Bridge, a liberal opposition research group, looked to capitalize on the issue.

"Arizonans deserve a senator who can focus on them, not on digging out from repeated campaign finance violations," spokeswoman Amelia Penniman said.

Supervisor questions county ban on employee contributions Kelly Outraises McSally in Early 2019 Donations for US Senate Race Polling Firms Seeking Insight on 2020
By posting comments, you agree to our
AZPM encourages comments, but comments that contain profanity, unrelated information, threats, libel, defamatory statements, obscenities, pornography or that violate the law are not allowed. Comments that promote commercial products or services are not allowed. Comments in violation of this policy will be removed. Continued posting of comments that violate this policy will result in the commenter being banned from the site.