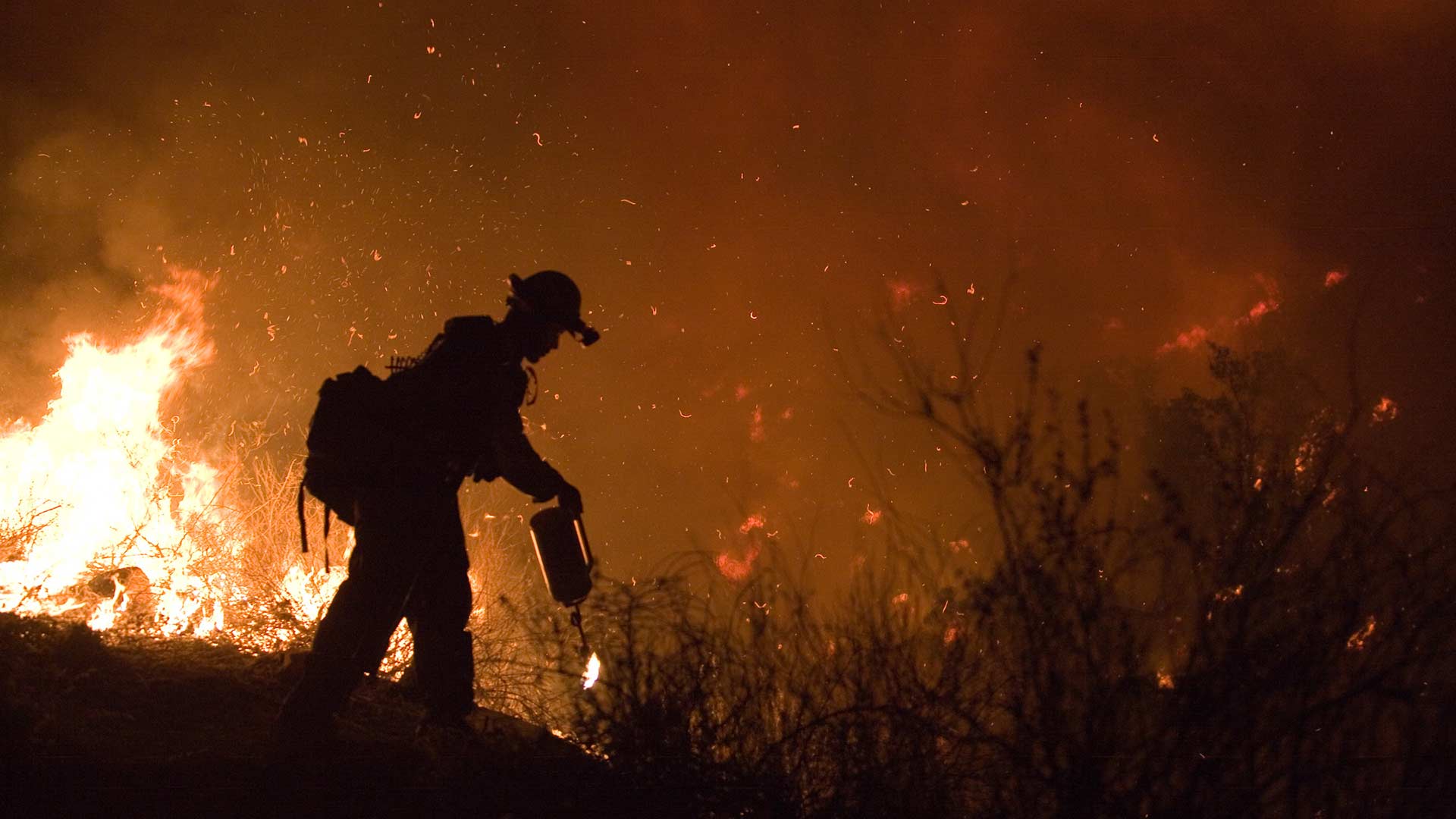 A firefighter sets a back burn to contain the Poomacha Fire in San Diego County, California, 2007.
Andrea Booher/FEMA

A team of scientists looked at the combined historical records of temperature, precipitation and wildfires. They were joined by a University of Arizona researcher who examined the natural archives provided by tree rings.

Their findings indicated the connection between winter moisture from the Pacific jet stream and the severity of the next wildfire season in California weakened over the span of 73 years, then disappeared altogether.

"That link would have weakened because of other factors playing more important roles," she said. "But we did not expect there not to be a link anymore at all."

The report appears in the March edition of the Proceedings of the National Academy of Sciences.

Agencies Rush to Get Ready for Wildfire Season Following Shutdown UA Tree-Ring Researchers Add to Climate Study How Climate Change Could Affect Wildfires in Arizona
By posting comments, you agree to our
AZPM encourages comments, but comments that contain profanity, unrelated information, threats, libel, defamatory statements, obscenities, pornography or that violate the law are not allowed. Comments that promote commercial products or services are not allowed. Comments in violation of this policy will be removed. Continued posting of comments that violate this policy will result in the commenter being banned from the site.