Wildflowers Show Off Their Colors Around Arizona 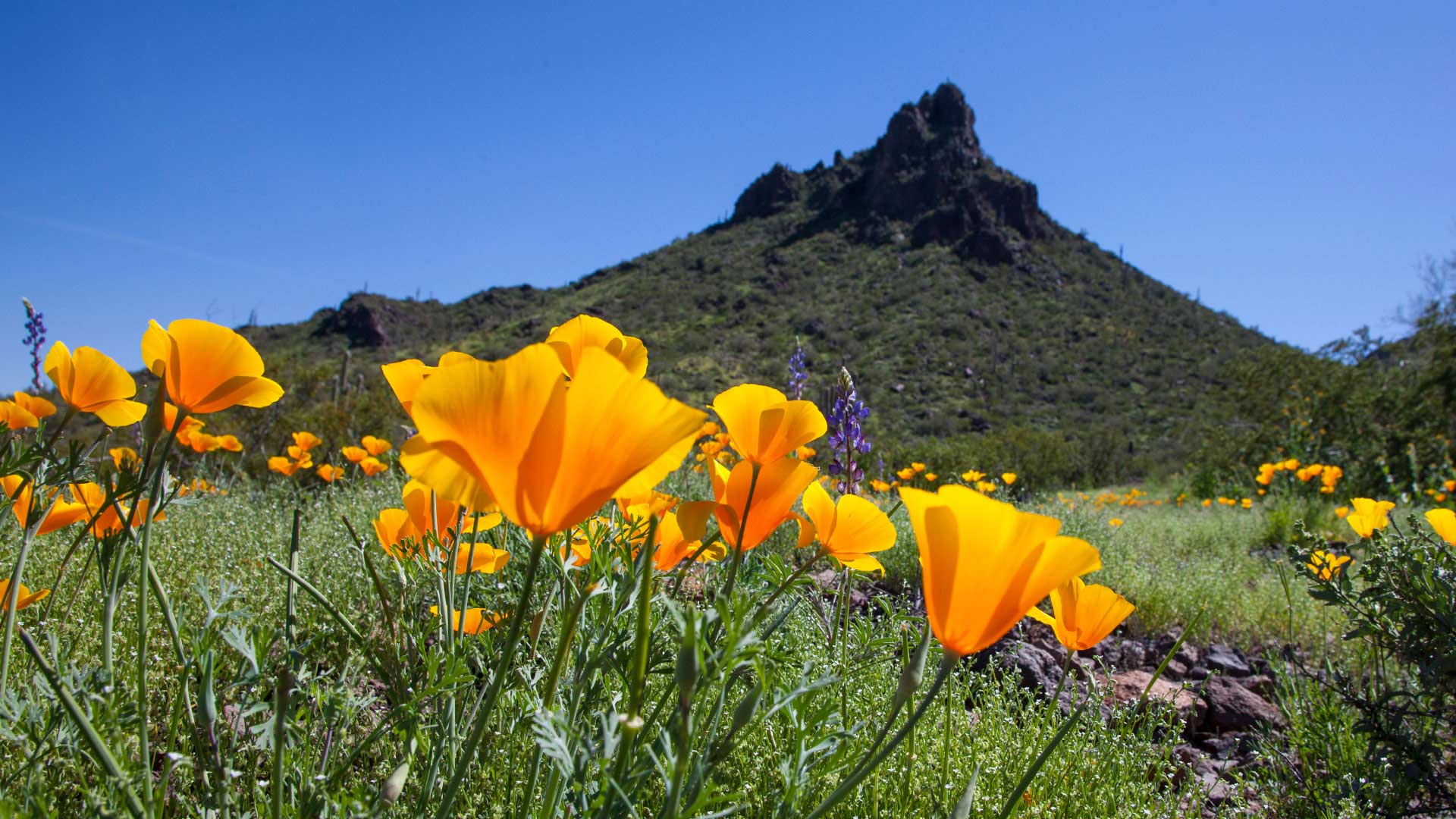 Visitors are flocking to public areas such as Catalina State Park and Picacho Peak State Park in Arizona so they can get a glimpse of the explosion of color in the landscape.

Bobby Whipple moved to Tucson about 30 years ago.

Recently, she and a group of friends drove to Picacho Peak State Park so they could check out the flowers in person.

"It just feeds your soul. It's just so wonderful to see the desert in bloom. You think of it as being so dead and so brown, and it's not," she says.

The flowers should be around for a while as long as the temperatures stay relatively cool — in the 60s and 70s for highs — and they will also be boosted if it rains again.

Experts say so far this century, 2005 was the best year for springtime blooms, but 2019 is also providing the occasional treat.

In Central and Southern Arizona, winter visitors have come from a variety of states and countries such as Minnesota, Wisconsin, Ohio, Canada and Germany.

For a video segment of the blooms in Catalina State Park and Picacho Peak State Park, you can watch Arizona Illustrated on Sunday March 24 at 6:30 p.m. on PBS 6 in Tucson.

The show will also be posted online. 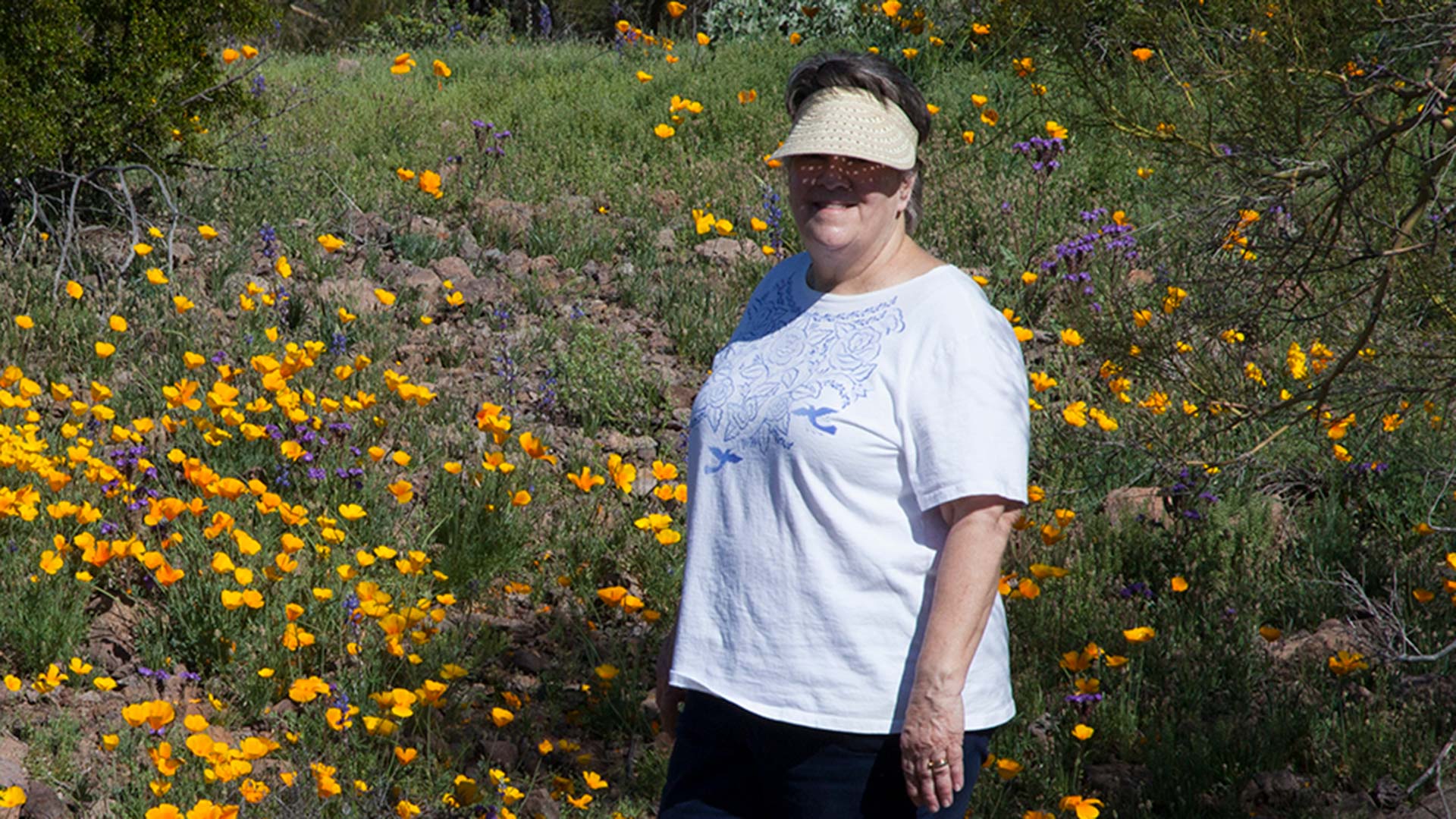 Bobby Whipple is one of thousands of people who is visiting Picacho Peak State Park and other destinations to view the wildflowers, March 5, 2019.
Carolyn Yaussy/AZPM 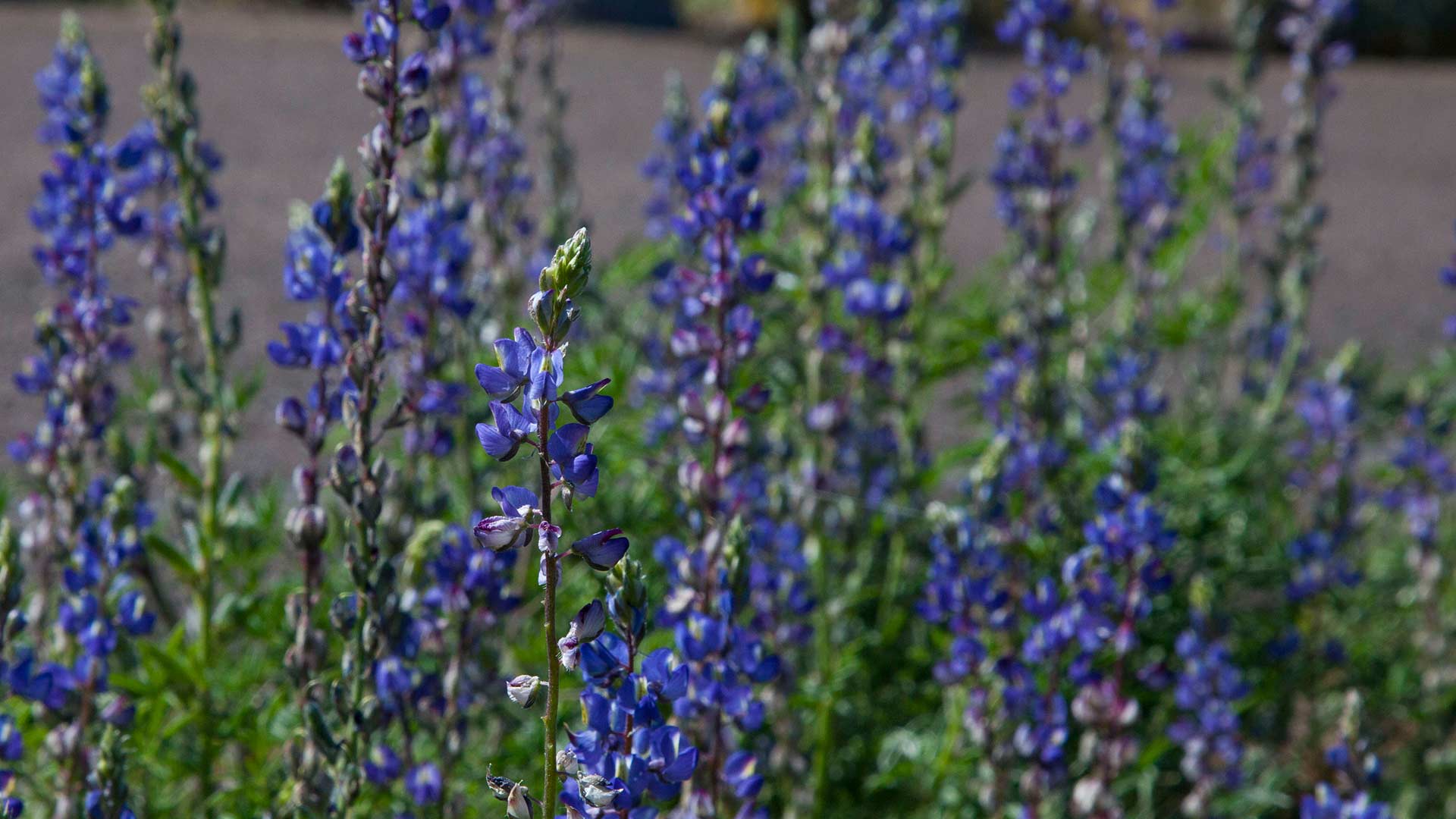 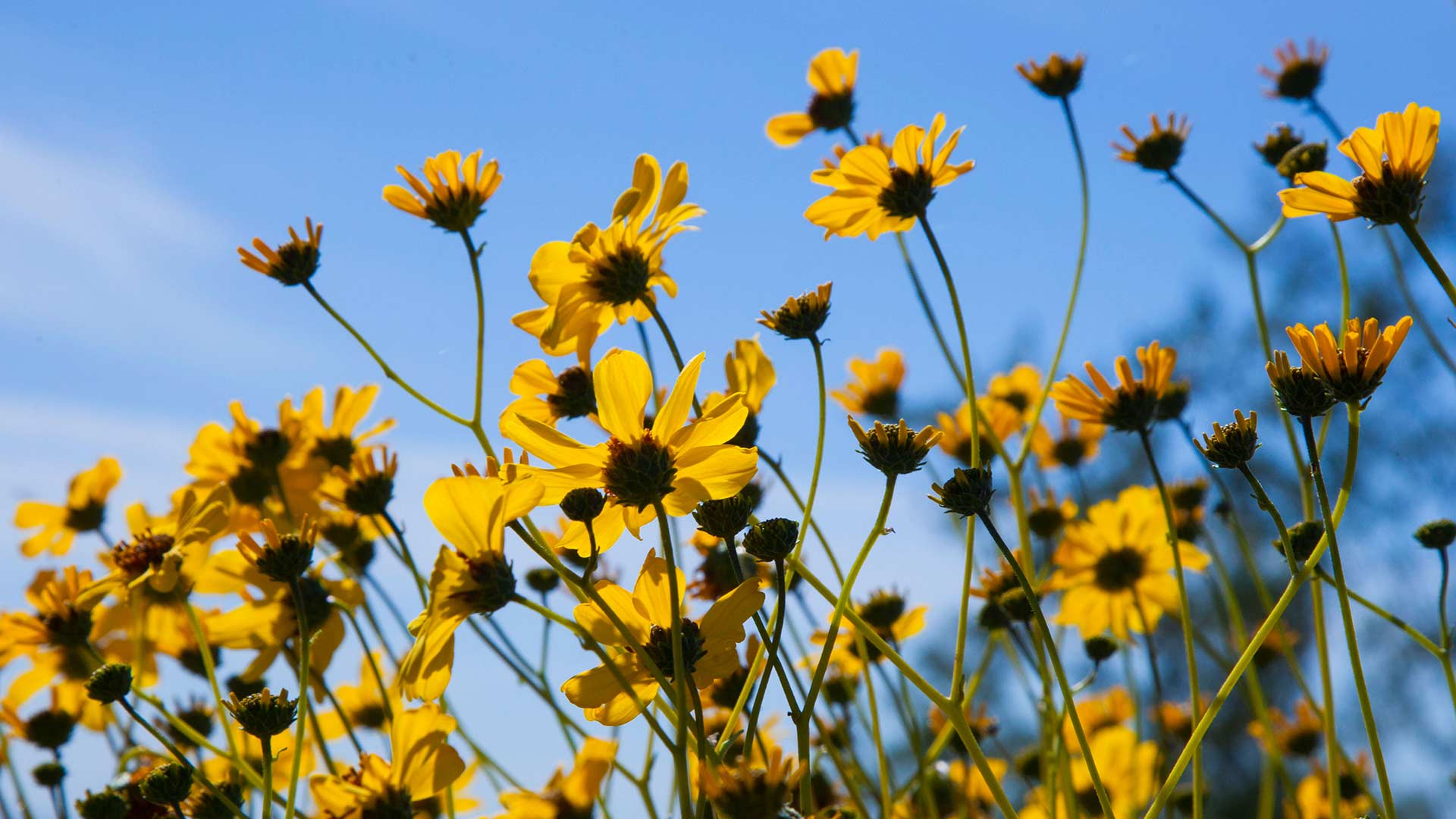 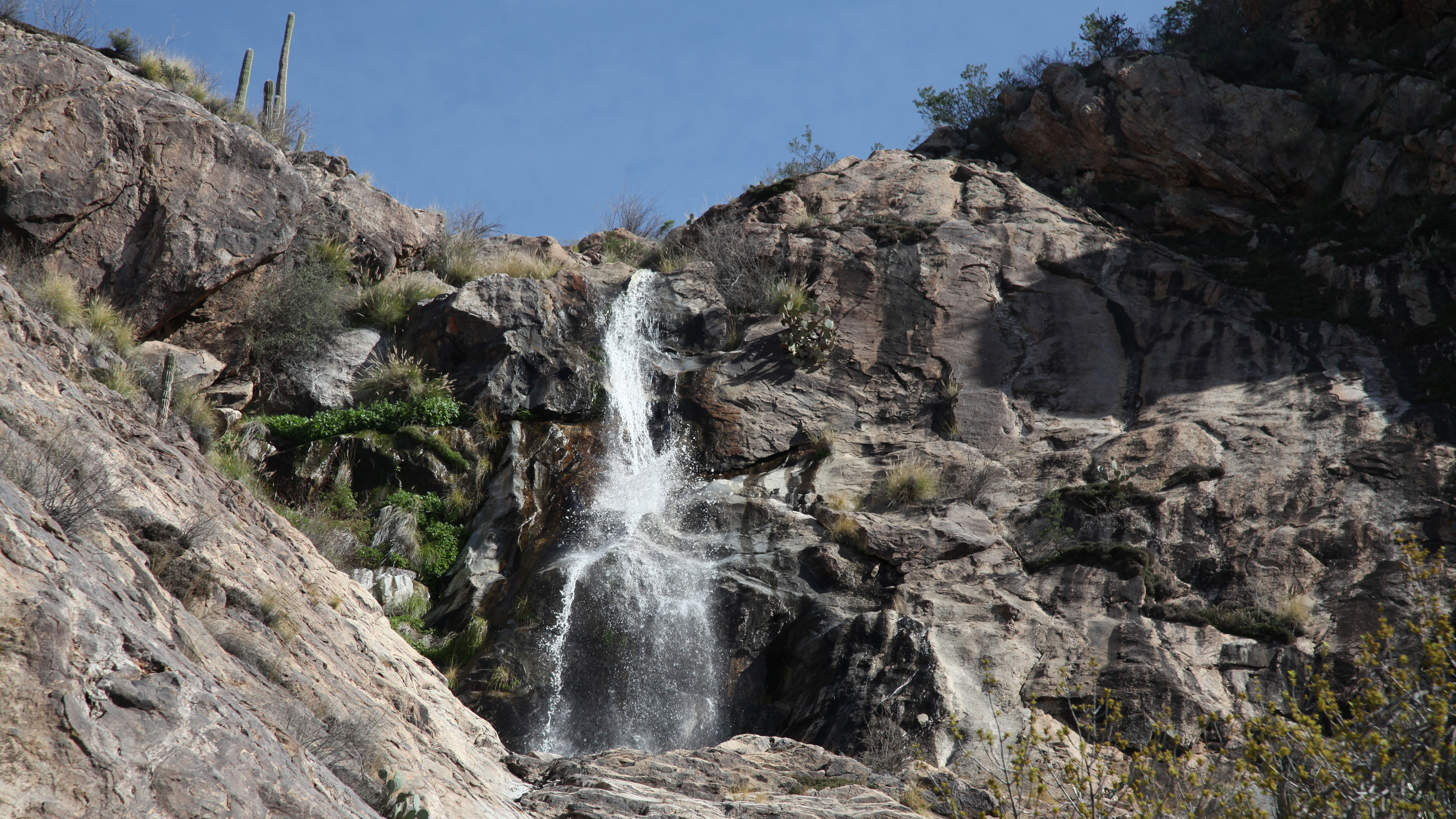 An Unusual Tucson Sight: Snow in the City Flowers and Fire: Rain a Double-Edged Sword in the Desert UA Scientists Identifying Exactly Where Snowmass is Declining
By posting comments, you agree to our
AZPM encourages comments, but comments that contain profanity, unrelated information, threats, libel, defamatory statements, obscenities, pornography or that violate the law are not allowed. Comments that promote commercial products or services are not allowed. Comments in violation of this policy will be removed. Continued posting of comments that violate this policy will result in the commenter being banned from the site.