The critically endangered marine mammal found in the Sea of Cortez is in danger of extinction due to illegal fishing nets. by Kendal Blust, Fronteras Desk TWEET SHARE 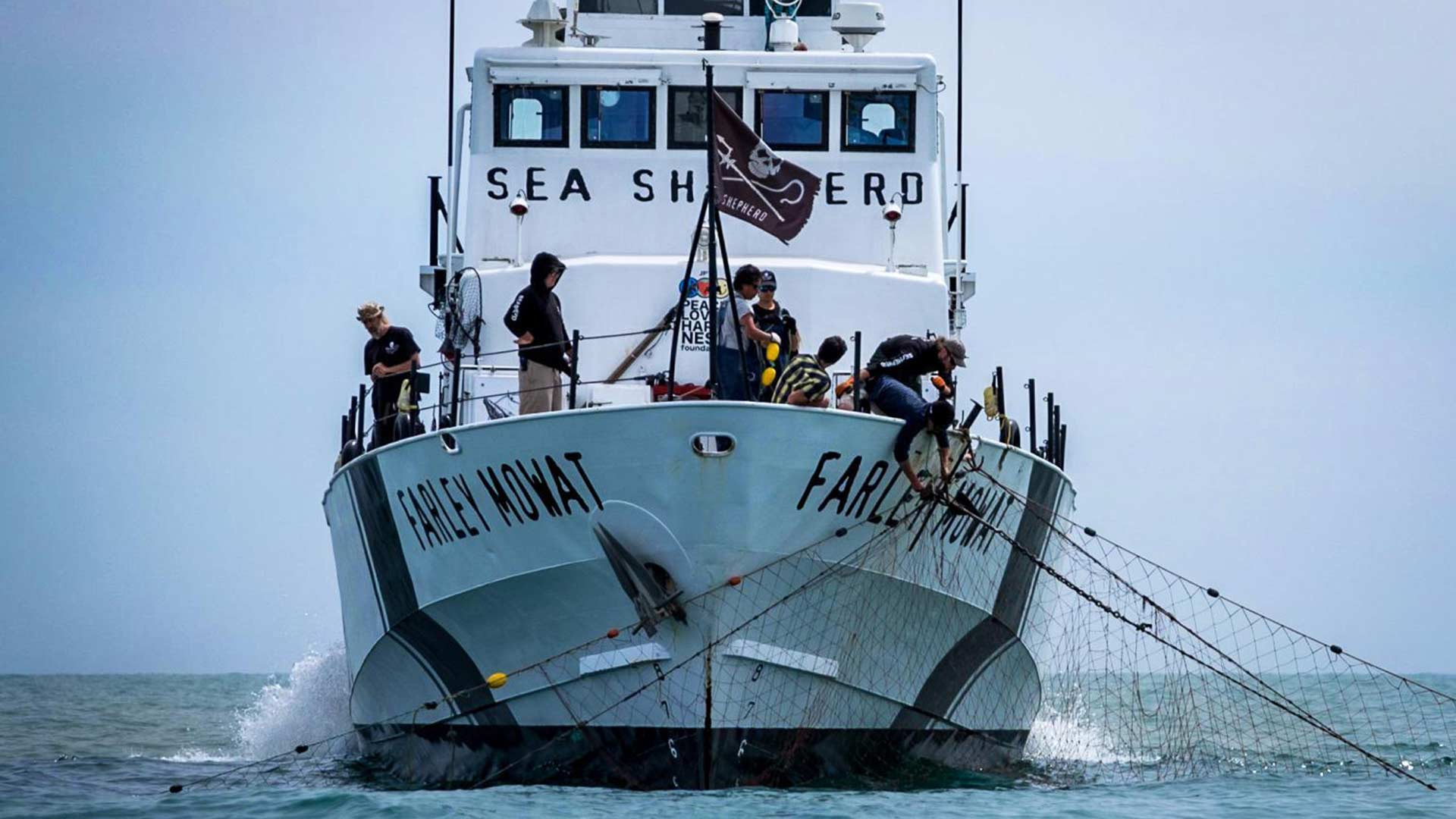 The Sea Shepherd pulls an illegal fishing net from the water in the vaquita refuge area. On March 12, 2019, the crew found a net with what they believe was a dead vaquita marina porpoise entangled in it.
Petey Crawford/Sea Shepherd
LISTEN

Activists found what they believe to be the body of a critically endangered porpoise in Mexico’s Sea of Cortez last week. It's the first vaquita marina that has been found dead so far this year. 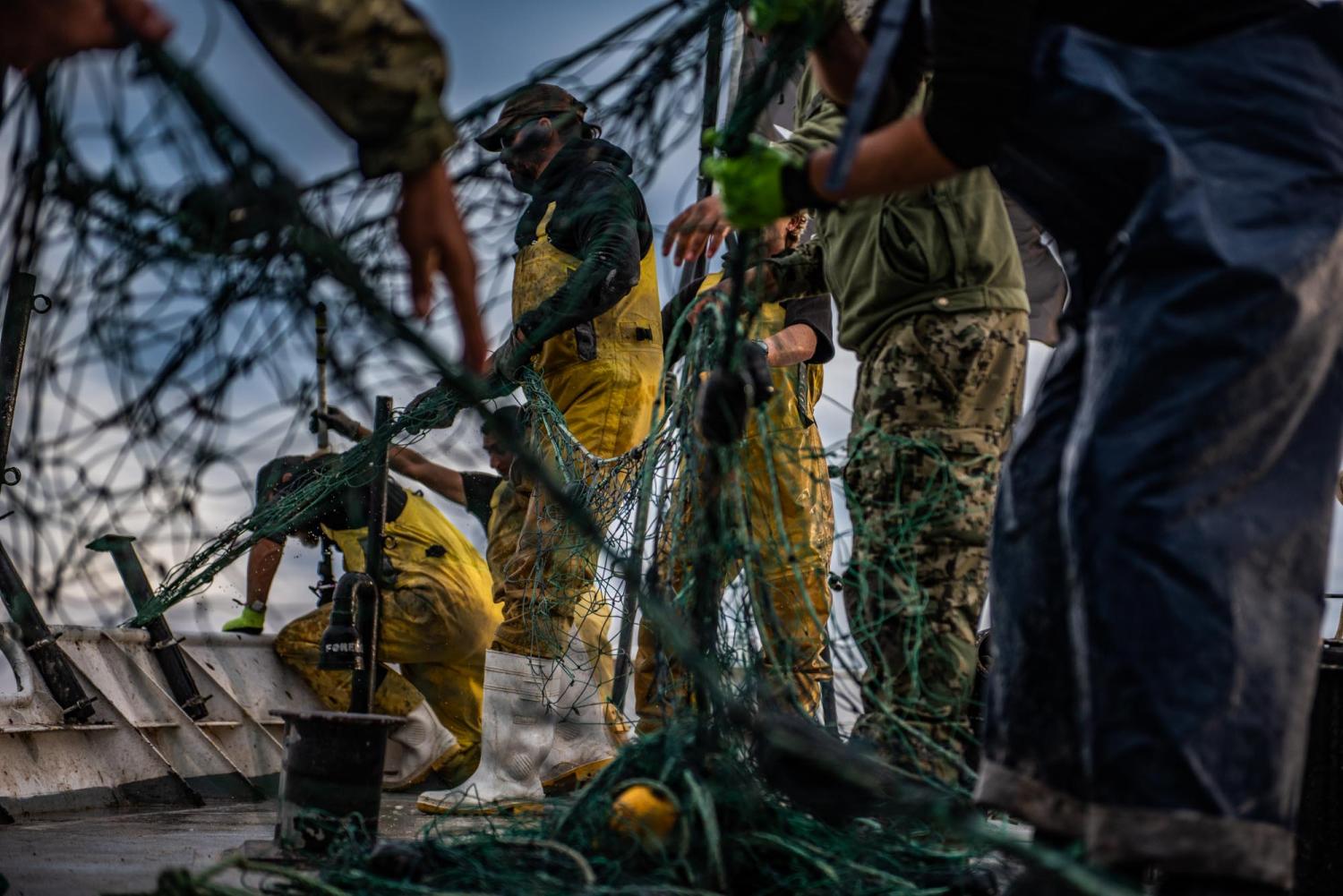 VIEW LARGER The activist crew aboard the Sea Shepherd's patrol ship in the Sea of Cortez hauls in an illegal net that ensnared what appeared to be a vaquita marina porpoise on March 12, 2019.
Carolina Castro/Sea Shepherd via Fronteras Desk

The nets are used to catch a large fish called the totoaba that is valuable on the black market in China. But they also trap and drown the vaquita marina, the world's smallest and most endangered marine mammal.

Scientists identified the dead marine mammal found in the net on March 1 as a vaquita based on its appearance and physical structure, said Eva Hidalgo, Sea Shepherd science coordinator.

“Everybody agrees that it looks like a vaquita," she said. 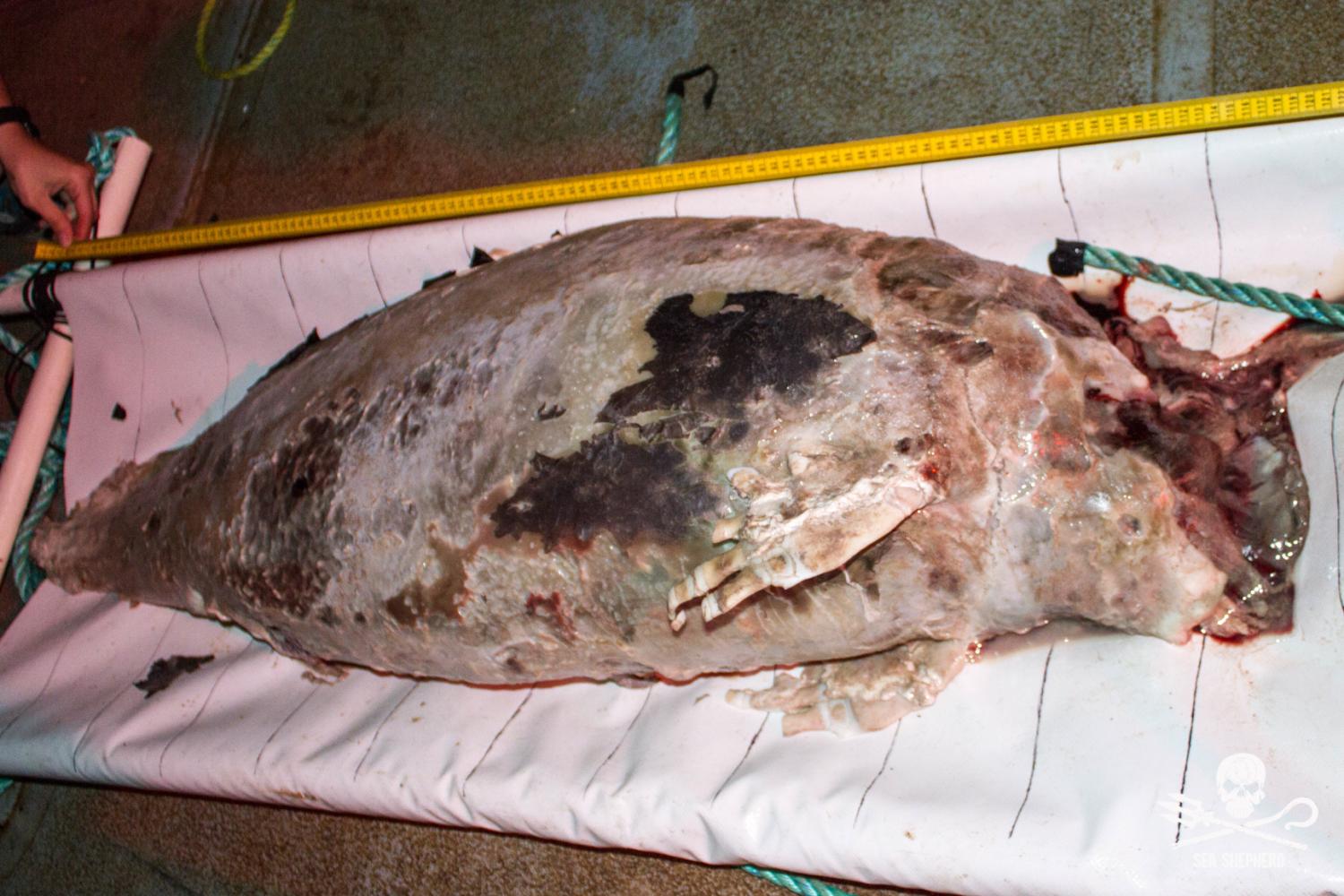 VIEW LARGER Sea Shepherd recovered the body of what appears to be a dead vaquita marina from an illegal totoaba fishing net in the Sea of Cortez on March 12, 2019.
Carolina Castro/Sea Shepherd via Fronteras Desk

However, because there was no head and the body had been damaged, Sea Shepherd turned the animal over to Mexican authorities who are expected to confirm that it's a vaquita with genetic testing.

While finding the dead porpoise is tragic, Hidalgo said, it also brings volunteers fighting to protect the little porpoise some hope.

“It shows us that they are still out there and we can still save them and protect them," she said.

There are likely only 10 vaquitas left in the Sea of Cortez, according to a new report released last week from the International Committee for the Recovery of the Vaquita (CIRVA).

"You’re dealing with a very critical and urgent situation," said D.J. Schubert, a wildlife biologist with the Animal Welfare Institute. "It’s not hopeless, and it’s very important that people realize it’s not hopeless. But unless the illegal trade in totoaba is stopped, unless we can clean the illegal nets out of the upper gulf of Mexico, the vaquita doesn’t stand a chance.”

The Animal Welfare Institute is one of many organizations working to pressure the Mexican government and the international community to crack down illegal totoaba fishing and trafficking. 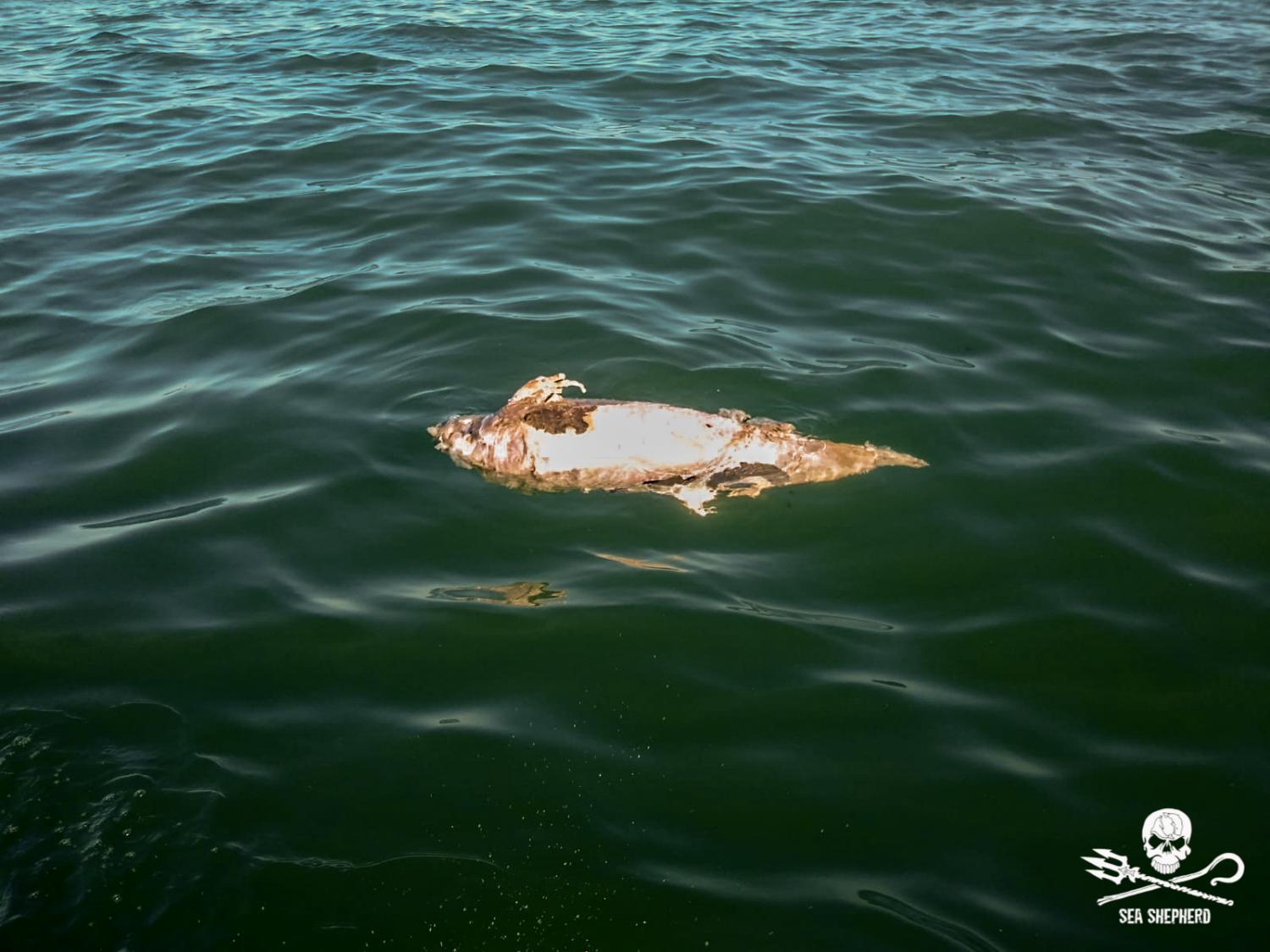 VIEW LARGER What appears to be the body of a vaquita marina recovered by Sea Shepherd in the Sea of Cortez on March 12, 2019. The animal was caught in an illegal totoaba fishing net.
Carolina Castro/Sea Shepherd via Fronteras Desk

"What’s really sad about this situation is that everybody knows. Everybody knows what’s causing the extinction of the vaquita," Schubert said.

But he and others believe not enough has been done to curb cartel-backed totoaba smuggling operations. He said new Mexican President Andrés Manuel López Obrador needs to make the vaquita a priority or the species will very likely go extinct under his administration.

But while it's clear the vaquita's situation is dire, Schubert said, there’s still hope the species can recover if the remaining animals are protected.

"What's important, I think, is that the report shows that there is still hope," she said. "There are still enough animals out there that if we fight it hard enough to protect them from the nets, they still have a chance.”

Conservationists: Mexican government failing to protect vaquita Man gets life in prison for 2010 killing of US border agent Brian Terry Last year was Mexico’s most violent; Sonora saw biggest jump in murder
By posting comments, you agree to our
AZPM encourages comments, but comments that contain profanity, unrelated information, threats, libel, defamatory statements, obscenities, pornography or that violate the law are not allowed. Comments that promote commercial products or services are not allowed. Comments in violation of this policy will be removed. Continued posting of comments that violate this policy will result in the commenter being banned from the site.