The move follows recent deaths and a wave of restrictions enacted by local governments across the state. by Jonathan J. Cooper, Associated Press TWEET SHARE 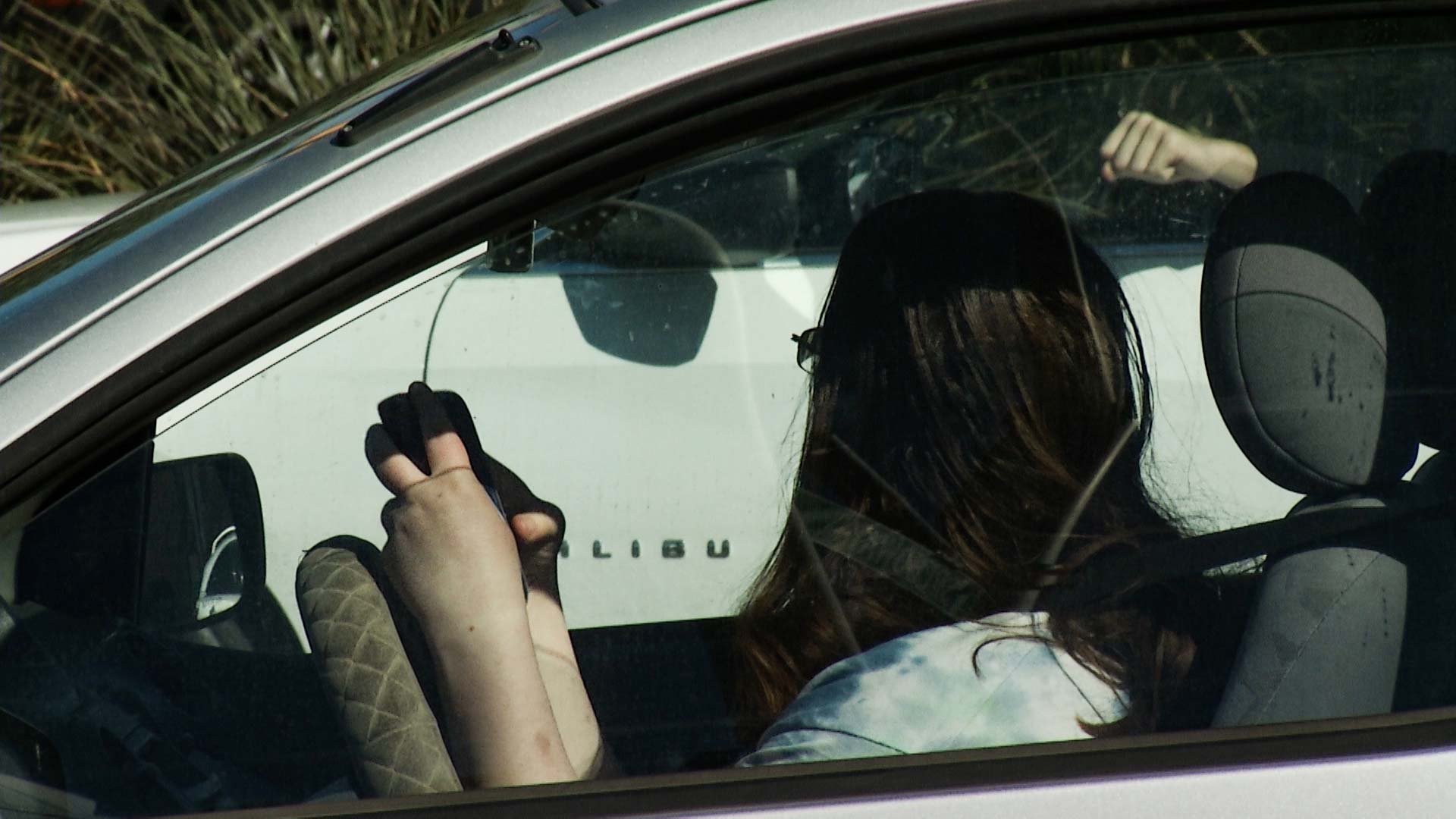 A motorist pulls out a cell phone on a Tucson road.
AZPM

PHOENIX — Arizona ended a decade of resistance to restrictions on using a cellphone while driving when Gov. Doug Ducey signed a law Monday outlawing holding a phone behind the wheel.

It is now the 48th state to ban texting and the 18th to ban hand-held phone use while driving, according to the Insurance Institute for Highway Safety.

Bills to restrict phone use while driving have been introduced for years but haven't advanced amid concerns by Republican lawmakers about creating a "nanny state" that overregulates behavior.

The death of a police officer hit by a distracted driver last winter, heartbreaking stories from others who lost loved ones in car crashes linked to cellphone use, and a wave of restrictions enacted by local governments across the state convinced lawmakers the time was ripe for change.

"Let's send a message that that text message can wait. It's not worth your life," the Republican governor said before signing the bill. 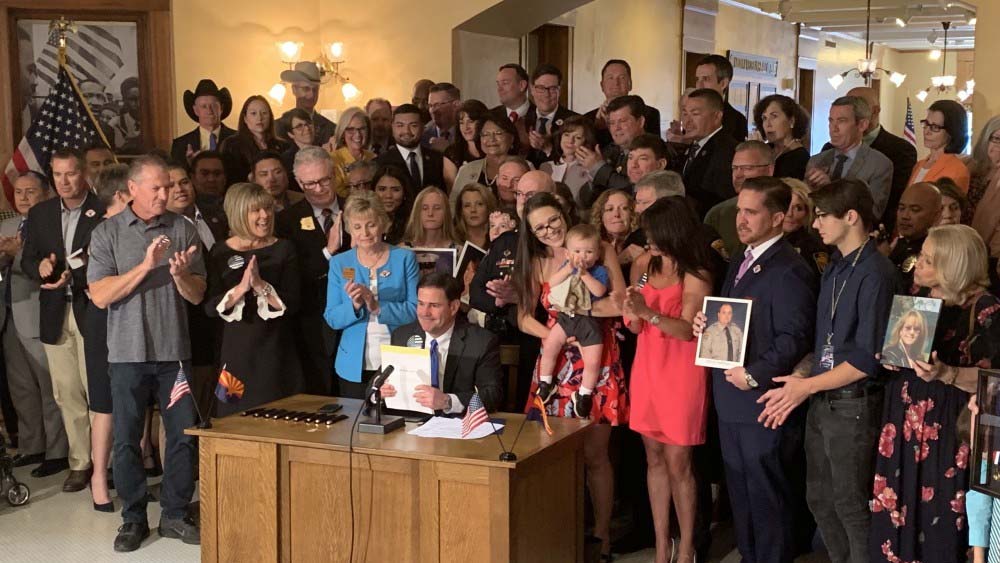 Gov. Doug Ducey signs a statewide law banning the use of cell phones while driving, in this release photo from April 22, 2019.
Office of the Governor

Ducey said momentum changed thanks in large part to the advocacy of Toni Townsend, whose son, Salt River tribal police officer Clayton Townsend, was killed in January while he was standing next to a vehicle he'd stopped on a Scottsdale freeway. Authorities said the driver who hit him was texting his wife.

"I think everyone just saw this as such an avoidable death," Ducey said. "And when someone comes down and speaks with the power and passion of a mom on behalf of a fallen son, how could they not deliver it to the governor's desk?"

Ducey signed the bill surrounded by Townsend's relatives and others who lost a relative to distracted driving.

Officers can issue warnings immediately and can write tickets starting in 2021, though the more than two dozen cities, towns and counties with their own restrictions on phone use can continue to enforce their laws in the meantime. Lawmakers hope the delay will give people time to learn about the new law before they're subjected to fines ranging from $75 to $250.

"There is a law that's been signed into effect, but we need to change our behaviors today," Toni Townsend said. "We don't have to wait for the law. A lot of lives can be saved. We're educating starting today."

Ducey declined to say whether he'll sign a second bill approved last week that strengthens Arizona's existing distracted driving law, allowing officers to make a stop for any action unrelated to driving that creates an immediate hazard. It was proposed as an alternative to restricting cellphone use that wouldn't specifically target a driver's behavior, which some Republicans found more palatable.

The Arizona law leaves Montana and Missouri as the only states that do not ban texting for anyone driving, though Missouri does for drivers 21 and younger.

More small cell poles coming to Tucson Public Asked to Share Input on Proposal for Interstate 11 Governor imposes weeklong curfew after protests; Tucson officials say they weren't notified
By posting comments, you agree to our
AZPM encourages comments, but comments that contain profanity, unrelated information, threats, libel, defamatory statements, obscenities, pornography or that violate the law are not allowed. Comments that promote commercial products or services are not allowed. Comments in violation of this policy will be removed. Continued posting of comments that violate this policy will result in the commenter being banned from the site.