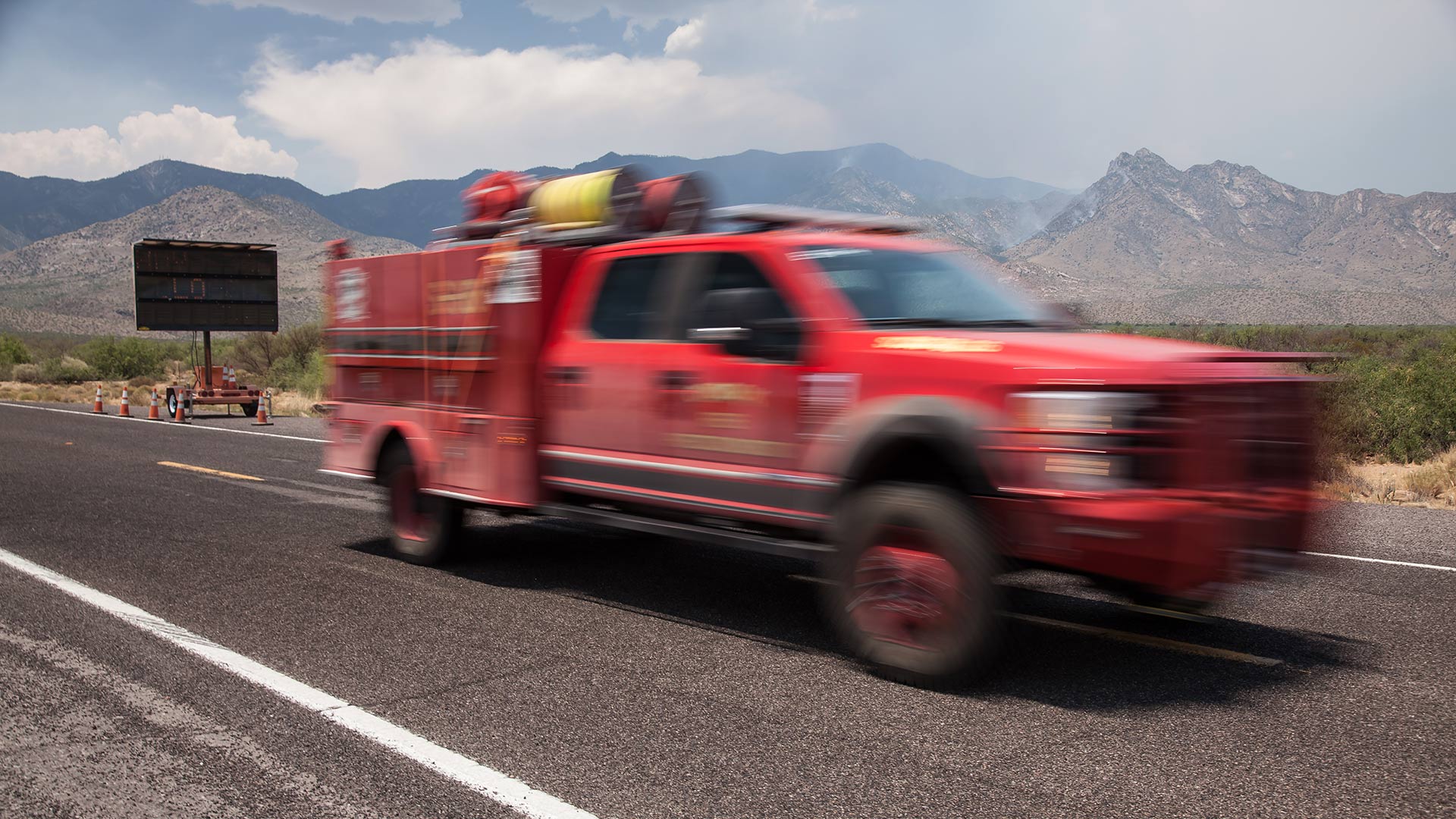 A fire truck returns after responding to the Frye Fire in the Pinaleño Mountains, 2017.
Steve Riggs/AZPM

You might see some smoke coming from the direction of Saguaro National Park East this week. Fire managers are conducting a prescribed burn.

If the temperature, humidity and wind are right, park workers expect to burn off accumulated dead trees and underbrush on more than 500 acres of Mica Mountain in the Saguaro Wilderness of the Rincon Mountain District. They'll be setting multiple fires throughout the week. Mica is the highest peak of the Rincon Mountains, so the smoke may be visible from parts of Tucson, Benson and elsewhere around the region.

This type of planned burn is intended to consume vegetation before it can build up, and fuel a much bigger fire later on.

The park service says several trails on the mountain will be closed, and access to the backcountry Manning Campground will be limited.

Fire managers will be available to escort hikers on the Arizona Trail during the burn.

'Bike Ranch' Proposed Across From Saguaro National Park East Sierra Vista to Run Controlled Burns Next Week Prescribed Burns Under Way to Prepare for Active Fire Season
By posting comments, you agree to our
AZPM encourages comments, but comments that contain profanity, unrelated information, threats, libel, defamatory statements, obscenities, pornography or that violate the law are not allowed. Comments that promote commercial products or services are not allowed. Comments in violation of this policy will be removed. Continued posting of comments that violate this policy will result in the commenter being banned from the site.