Upon release, Irineo Mujica accused the Mexican president of being a tool of the Trump administration to stop migrants. by Rodrigo Cervantes, Fronteras Desk TWEET SHARE 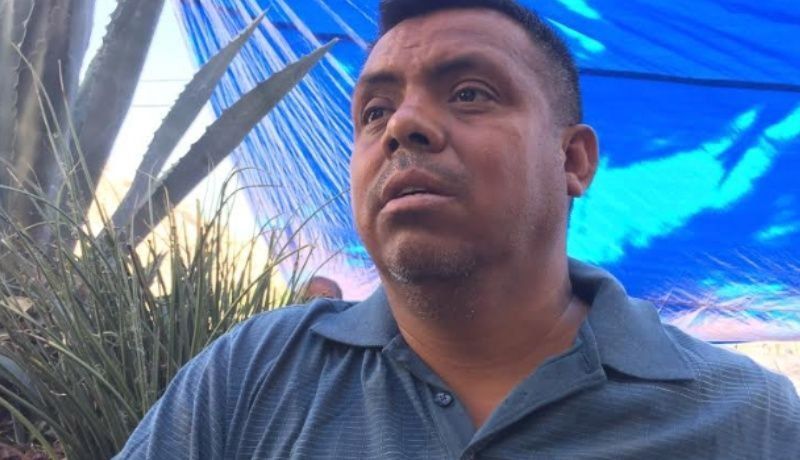 MEXICO CITY — In Arizona, it is unclear if humanitarian aid worker Scott Warren will continue to face charges of illegally harboring undocumented immigrants. And in Mexico, two activists accused of human smuggling have been released. Their supporters said the arrests were a setup.

Irineo Mujica and Cristóbal Sánchez were set free after being detained for a week in the southern border state of Chiapas. A judge determined there was insufficient evidence to link their activities to human smuggling.

Mujica is leader of Pueblo Sin Fronteras and Sánchez from Cultura Migrante, two nonprofit organizations supporting Central American migrants crossing through Mexico to the United States. They helped hundreds of people who made the journey as part of recent migrant caravans.

In a press conference after his release, Mujica accused Mexican president Andrés Manuel López Obrador of being a tool of the Trump administration to stop migrants.

The activist said the U.S. and Mexico are working together to harass migrant supporters and use them as scapegoats.

Mexico’s president has said that his government is not acting to please any foreign power.

Conference brings together authorities from Arizona and Sonora How ICE investigates border-related crimes in Arizona Why executions in Arizona are in a holding pattern
By posting comments, you agree to our
AZPM encourages comments, but comments that contain profanity, unrelated information, threats, libel, defamatory statements, obscenities, pornography or that violate the law are not allowed. Comments that promote commercial products or services are not allowed. Comments in violation of this policy will be removed. Continued posting of comments that violate this policy will result in the commenter being banned from the site.