Organizers said the event was the first-ever Pride celebration on the nation. by Emma Gibson TWEET SHARE 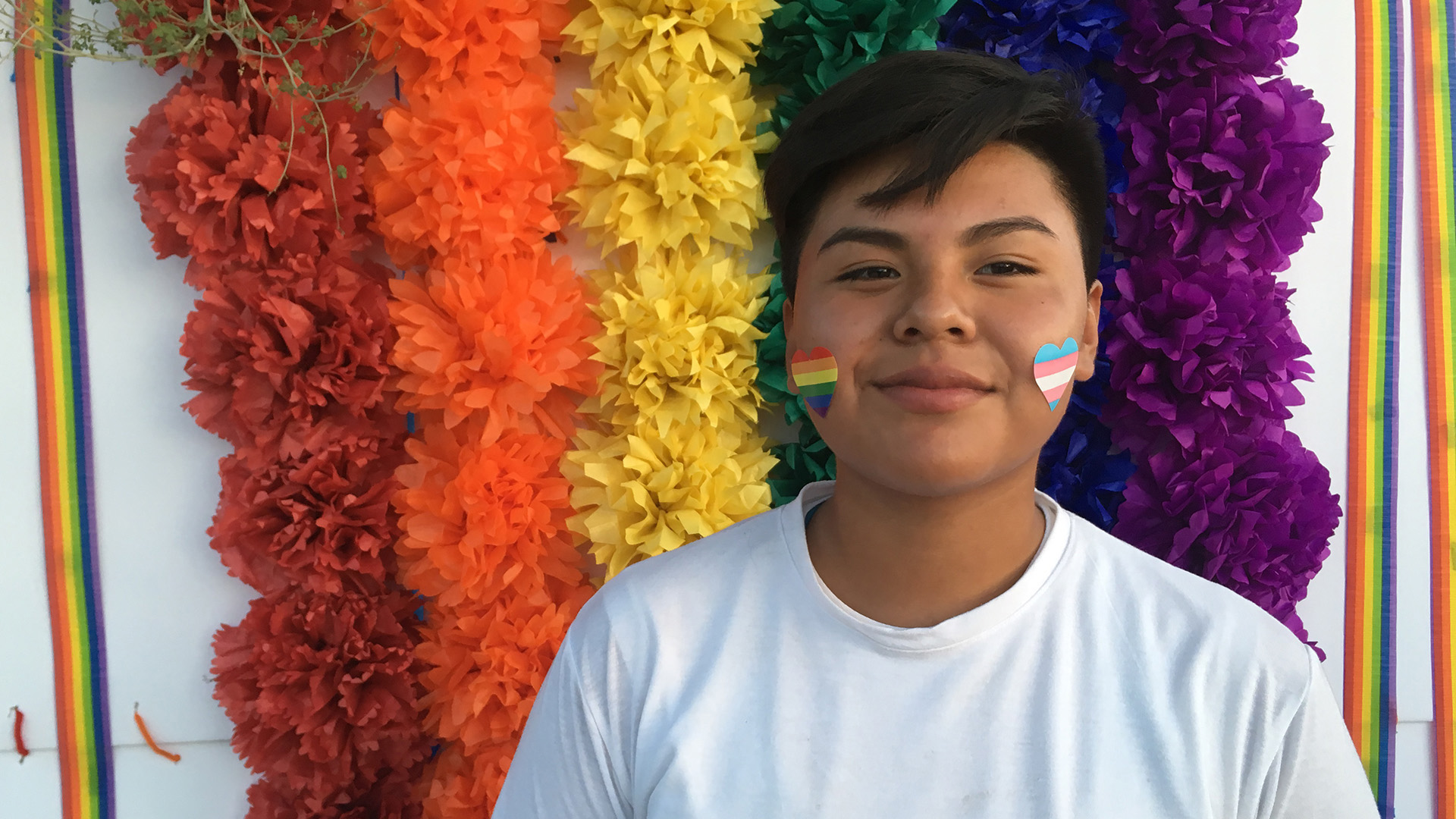 Attendees used poetry and storytelling to celebrate Pride on the Tohono O'odham Nation Friday, June 28, at an event organizers said was the first of its kind on the reservation.

At the open mic night, several people in the Tohono O'odham LGBTQ community read poems or shared stories with a crowd full of children, teens and adults. Indivisible Tohono, an advocacy group that organized the event, estimated the crowd swelled to over 100 throughout the night.

Grace Gonzales is one of the co-founders of Friends Advocating Mutual Individuality by Loving Yourself, an LGBTQ-plus support group on the nation that gave out flyers during the event. She said the LGBTQ and two-spirit communities have always been a part of the Tohono O'odham people, but over the years, social pressures caused many people to hide their true identities.

"With the coming of other ethnic groups to our home here, it's kind of put us in a place where we kind of feel ashamed of ourselves — afraid of who we are, to show it to other people for fear of being discriminated against," said Gonzales.

Gonzales said this is the first time she's socialized with such a large group of LGBTQ Tohono O'odham people on the reservation, and it made her feel more comfortable being herself on the nation.

The event also attracted Indigenous LGBTQ supporters from across Arizona. Angela Santos travelled from the Gila River Indian Community to celebrate with the Tohono O'odham.

"I was just really happy for them that they were gonna do something because nobody's really actually done something like this — you know, Pride — telling everybody to come out. Be yourself. Have the open mic. It's awesome. That's why I made the drive here," said Santos.

Santos said she's glad there were people of all ages there, because it showed everyone on the nation who may need someone to talk to that they have a support system. She said she hopes open communication between the generations helps reduce suicides within the Indigenous LGBTQ community.

Arizona committee to begin studying violent crime against Indigenous women and girls Border wall scars: 'It feels like if someone got a knife and dragged it across my heart.' Gila River Indian Community works with AZ National Guard to vaccinate members
By posting comments, you agree to our
AZPM encourages comments, but comments that contain profanity, unrelated information, threats, libel, defamatory statements, obscenities, pornography or that violate the law are not allowed. Comments that promote commercial products or services are not allowed. Comments in violation of this policy will be removed. Continued posting of comments that violate this policy will result in the commenter being banned from the site.