The Board of Supervisors will vote next week on whether to approve the empty center as temporary migrant housing. by Steve Jess TWEET SHARE 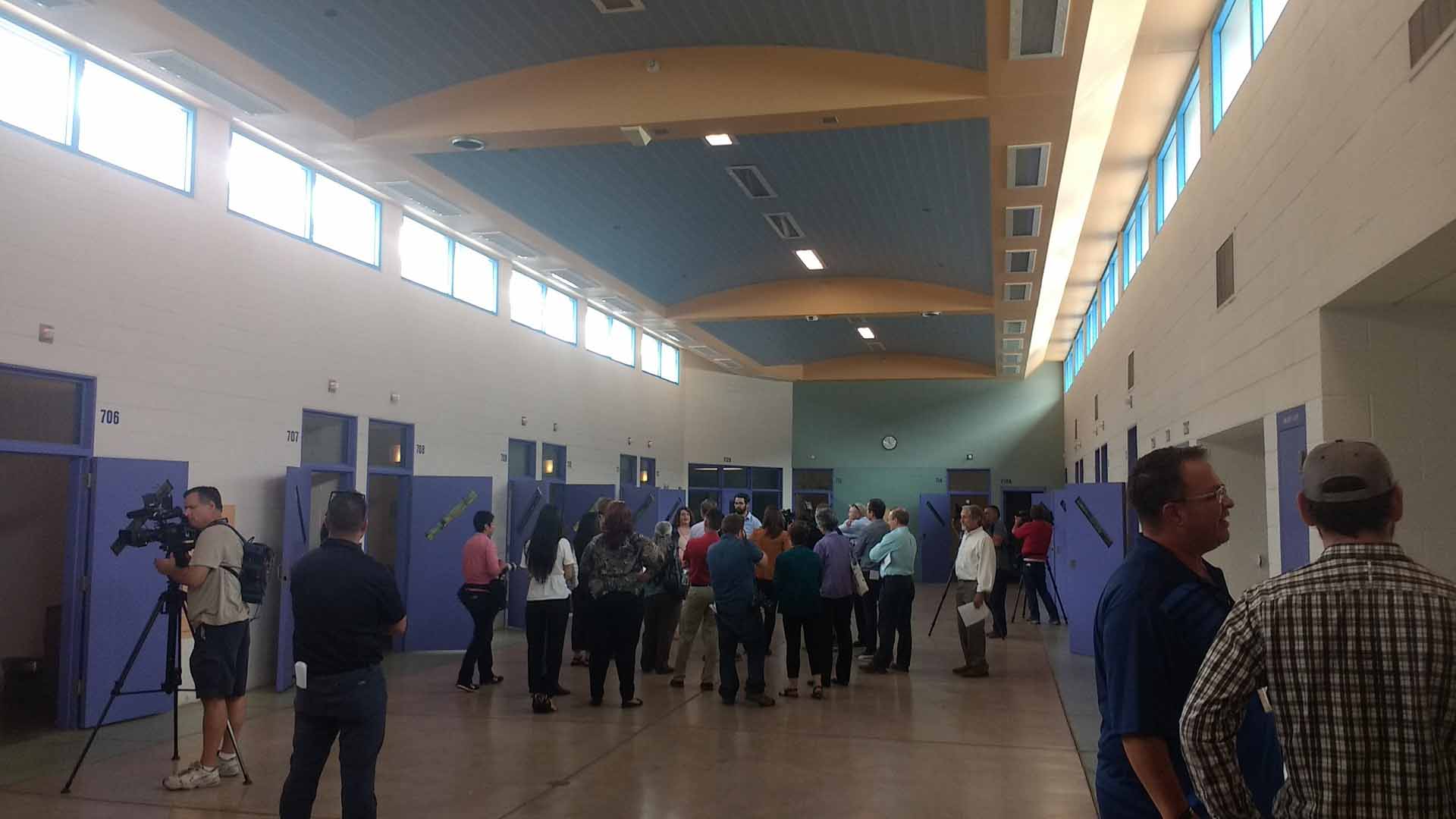 Tucson media tour a vacant "pod" at the Pima County Juvenile Justice Complex, which is slated to be converted into transitional housing for migrant families.Officials from the county and Catholic Social Services conducted a tour of the facility for media on July 17, 2019.
Steve Jess/AZPM

Pima County supervisors will vote next week on whether to turn an empty juvenile detention center into transitional housing for migrant families dropped in Tucson by the Border Patrol. Officials gave a tour Wednesday to explain how they hope to transform the space.

Teresa Cavendish with Catholic Community Services took visitors through an unused wing at the Pima County Juvenile Justice Complex, which her group hopes to turn into a kind of dorm where migrant families can stay as they work out travel plans. Job one is redecorating the place so their guests don't feel as if they're in jail. 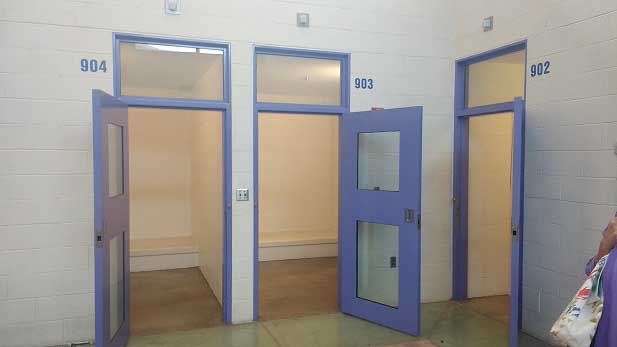 VIEW LARGER Three cells at the Pima County Juvenile Justice Complex were shown to visiting media on July 17, 2019. Catholic Community Services plans to convert approximately 60 of these cells into transitional housing for migrant families. Each cell, originally designed to hold a single juvenile offender, may hold up to four people under the CCS plan.
Steve Jess/AZPM

"Really, it's important to us that people feel welcome and that they know that we have built this place is our way to show respect for them when they come to us," Cavendish said. 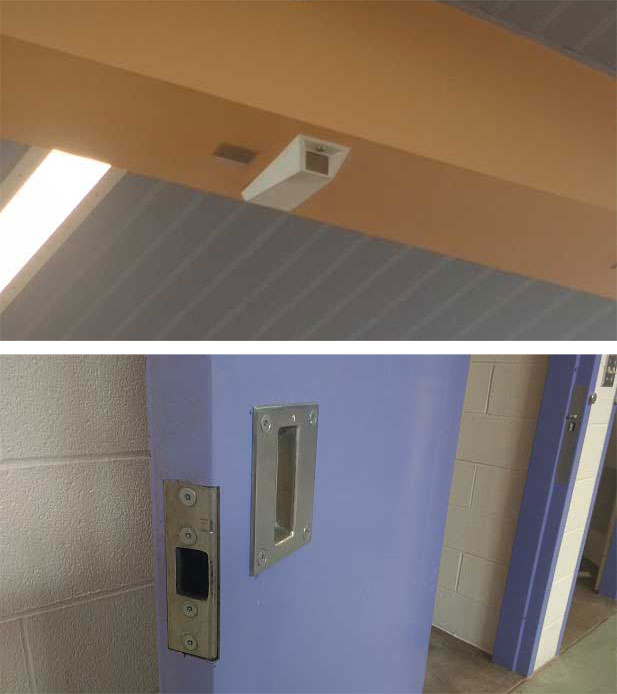 VIEW LARGER Above, A video surveillance camera mounted to the ceiling of the Pima County Juvenile Justice Complex, in a wing slated to be converted to transitional migrant housing. Catholic Community Services, which wants to operate the shelter, says it will disable and cover all surveillance cameras before it starts housing migrants in the facility. Below, a door at the complex is shown on July 17, 2019. The lock has been removed in preparation for the wing's conversion into transitional housing for asylum-seeking migrants. Officials want to avoid giving families the feeling they are being held in a "jail."
Steve Jess/AZPM

Besides carpeting the concrete floors and painting murals on the cinder block walls, CCS will set up centers for intake and travel processing. Locks have been removed from cell doors. Surveillance cameras installed to monitor inmates will be disabled and covered for privacy.

Cavendish says clients at the shelter will have no contact with juvenile offenders housed just a few yards away. "We have no common entrances, we have no common-use spaces, we do not see each other," she said.

Catholic Community Services must move its current migrant shelter from the old Benedictine Monastery by Aug. 6. Cavendish is confident they can make the tight deadline, assuming county supervisors approve the move on Monday.

Migrant shelter in Benedictine Monastery preparing for move Developer Temporarily Opens Doors of Benedictine Monastery to Migrants Border wall scars: 'It feels like if someone got a knife and dragged it across my heart.'
By posting comments, you agree to our
AZPM encourages comments, but comments that contain profanity, unrelated information, threats, libel, defamatory statements, obscenities, pornography or that violate the law are not allowed. Comments that promote commercial products or services are not allowed. Comments in violation of this policy will be removed. Continued posting of comments that violate this policy will result in the commenter being banned from the site.