The documents show the timeline for the investigation that led to Scott Warren's arrest. by Astrid Galvan, Associated Press TWEET SHARE 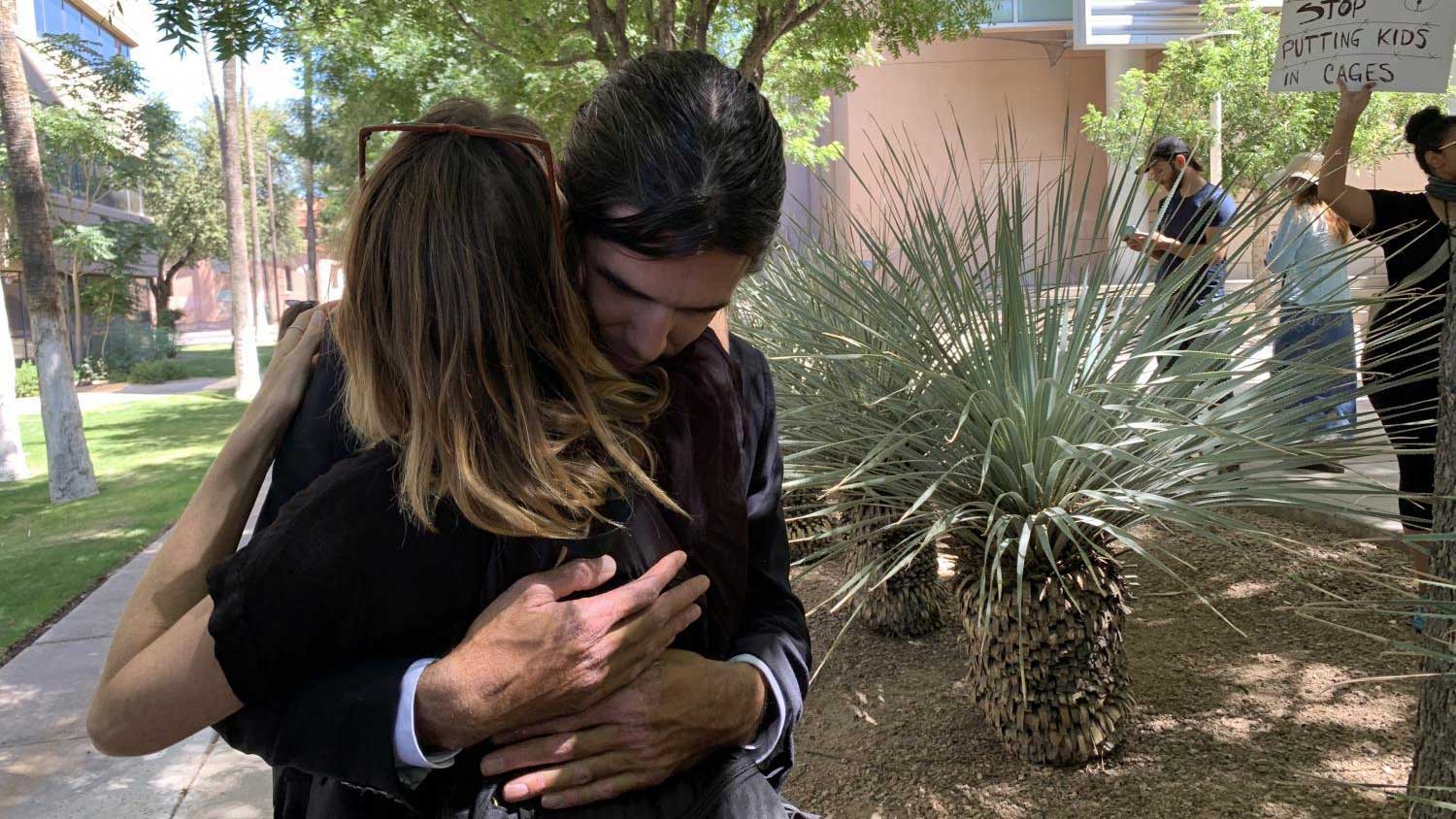 Federal authorities for months suspected a humanitarian group of harboring immigrants, eventually resulting in felony charges against a volunteer who says he was simply being a good Samaritan, according to recently released court documents.

A jury in June was unable to reach a verdict against Scott Warren on charges of conspiracy and harboring and transporting immigrants. Federal prosecutors plan to retry Warren, of Ajo, Arizona, on two counts of harboring in November.

Warren says he was fulfilling his humanitarian duty by helping two injured migrant men at a facility known as "The Barn," where members of the humanitarian group No More Deaths are based. Prosecutors say he was helping them evade authorities.

Documents unsealed in the case show the timeline for the investigation that led to Warren's arrest while also revealing how locals and officials from the U.S. Fish and Wildlife Service worked closely with Border Patrol agents.

In April 2017, an anonymous Ajo resident contacted Border Patrol saying she suspected No More Deaths members were harboring immigrants in "The Barn."

The relationship between No More Deaths members and federal officials, who view them as a nuisance for leaving water jugs on federal land and who had increasingly taken action against them, was already strained.

The group said it did not have any members available to comment, though it has repeatedly noted its mission is to help migrants who might otherwise die in the desert.

The U.S. attorney's office also declined to comment on the documents.

Then in November, agents interviewed residents who said they'd noticed more traffic and littering outside No More Deaths site.

Agents eventually encountered a migrant man who said he had traveled across the desert with two other men who were picked up by a van. Suspecting they might be at the No More Deaths building, agents began watching "The Barn" on Jan. 17, 2018, arresting Warren and the two migrant men, both from Central America, that same day.

The men were deported after providing video testimony.

Earlier this month, a federal judge ordered several court documents to be unsealed at the request of the news organization The Intercept and others, including The Associated Press.

Prosecutors argued that the unsealed documents should never have been filed in court, and contended they should be kept under seal because they weren't relevant to the outcome of the case.

CBP data shows another rise in apprehensions, repeat crossings Uncertainty abounds as some asylum seekers bypass pandemic-era restrictions at border Report: ICE Detainees On Hunger Strikes Subject To Force-Feeding
By posting comments, you agree to our
AZPM encourages comments, but comments that contain profanity, unrelated information, threats, libel, defamatory statements, obscenities, pornography or that violate the law are not allowed. Comments that promote commercial products or services are not allowed. Comments in violation of this policy will be removed. Continued posting of comments that violate this policy will result in the commenter being banned from the site.