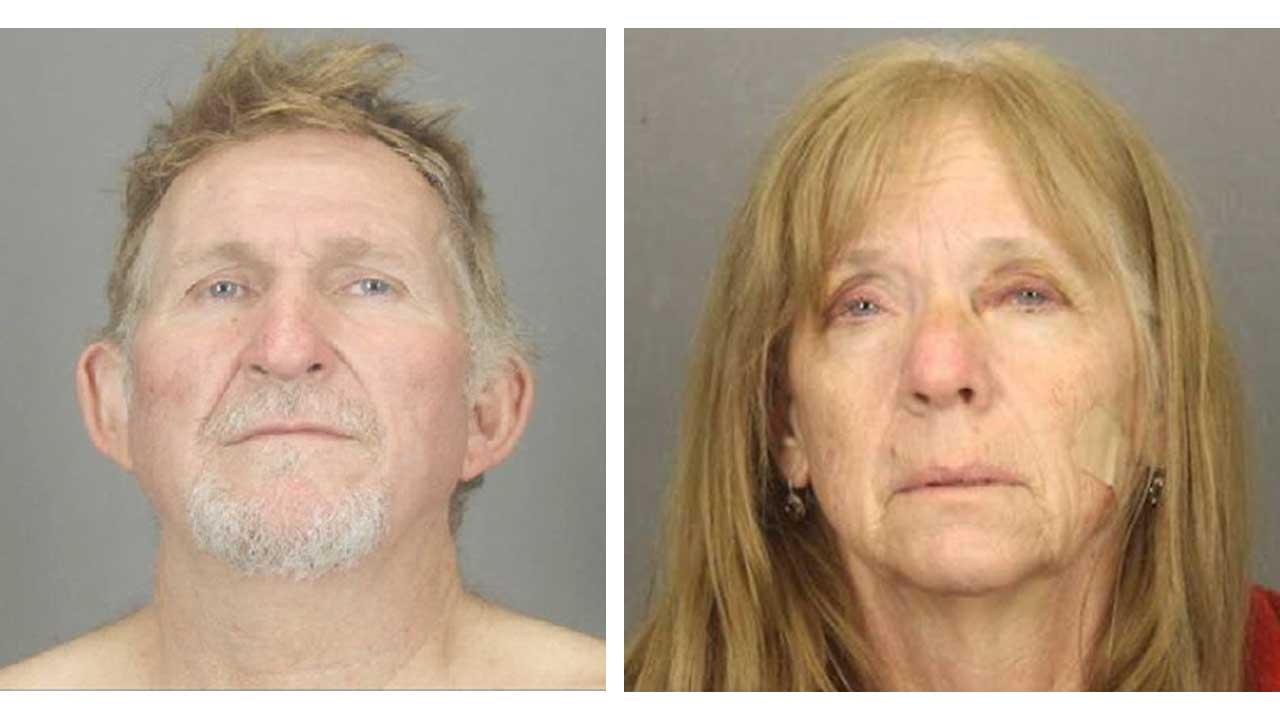 PHOENIX — Husband and wife fugitives on the run for over two weeks in the killing of an Arizona man have been captured, authorities announced.

The U.S. Marshals Service announced Wednesday night that Blane and Susan Barksdale were in custody but provided no details. David Gonzales, the U.S. marshal for Arizona, did not immediately return a call from the Associated Press.

KNXV-TV and azfamily.com reported the couple was apprehended Wednesday night at a home in Punkin Center, a small rural community about 50 miles northeast of Phoenix.

The Barksdales escaped Aug. 26 while being transported from upstate New York to Tucson, Arizona, to face charges in the April death of a 72-year-old man.

Authorities have said the couple overpowered two private security guards in the transport van they were traveling in after Susan Barksdale faked a medical emergency while they were in Utah. They were last seen in northeastern Arizona.

Gonzales previously told The Associated Press that after Susan Barksdale, 59, faked the medical emergency, the guards pulled over the transport van and were overpowered by the couple as soon as they opened the back compartment.

He said the Barksdales tied up the guards, who were unarmed, with shoe laces. They also took a key to remove their own waist restraints.

From there, the Barksdales drove the van into Arizona. Once they got to the area of St. Johns, they obtained a friend's red GMC Sierra pickup truck. The couple then drove both vehicles to a remote area outside of town and abandoned the van, Gonzales said.

It took the guards more than two hours to free themselves. By the time authorities reached the guards, the couple had been gone for several hours. An uninvolved prisoner was also found in the van with the guards.

For about a week after the escapes, digital highway signs displayed a message about the escapees and the pickup. Authorities took down the message after concluding that the couple likely wasn't using the pickup at that point.

A press conference was scheduled by the Marshals' office later Thursday morning in Phoenix to discuss the case.

Multiple people shot in series of attacks in Tucson, Arizona Ducey appoints ex-aide to fill state Supreme Court vacancy Tenants' struggles are high rent, aid slowdown
By posting comments, you agree to our
AZPM encourages comments, but comments that contain profanity, unrelated information, threats, libel, defamatory statements, obscenities, pornography or that violate the law are not allowed. Comments that promote commercial products or services are not allowed. Comments in violation of this policy will be removed. Continued posting of comments that violate this policy will result in the commenter being banned from the site.