A bicycle rider reportedly fell into a hole in the road created by a burst pipe. by Murphy Woodhouse, Fronteras Desk TWEET SHARE

HERMOSILLO, Mex. — Authorities are searching for a man possibly carried away in a massive sinkhole in Hermosillo, the capital of the Mexican state to Arizona’s south. 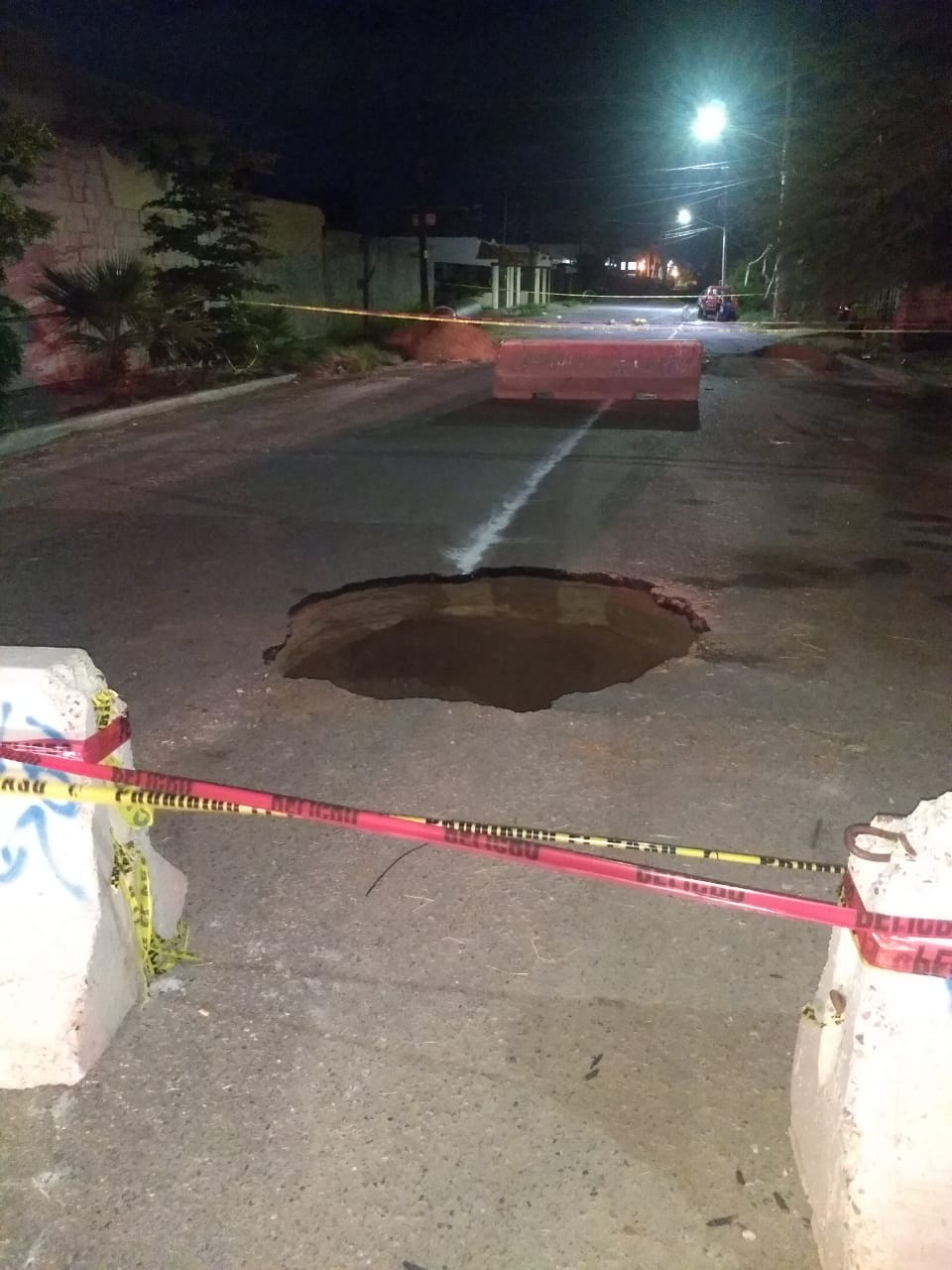 A man riding a bicycle reportedly fell into the more than 6-foot-deep hole late Monday afternoon. Since then, authorities have been searching for him between the sinkhole and a sewage treatment plant roughly 5 miles away, according to a city official.

“This is the first case like this that I’ve heard of in 24 years,” Hermosillo’s Fire Chief Juan Francisco Matty said. Sinkholes themselves are common.

The hole was created by a burst pipe and had already been reported to authorities at the time of incident. On Tuesday, a family remember reported a missing person that matched witnesses’ description of the bicyclist, according to Matty.

Tucson International Airport getting $18.5M federal grant COVID-19 top cause of death in Sonora in 2020 Migrants in Nogales seek entry through exemption as pandemic-era restrictions drag on
By posting comments, you agree to our
AZPM encourages comments, but comments that contain profanity, unrelated information, threats, libel, defamatory statements, obscenities, pornography or that violate the law are not allowed. Comments that promote commercial products or services are not allowed. Comments in violation of this policy will be removed. Continued posting of comments that violate this policy will result in the commenter being banned from the site.