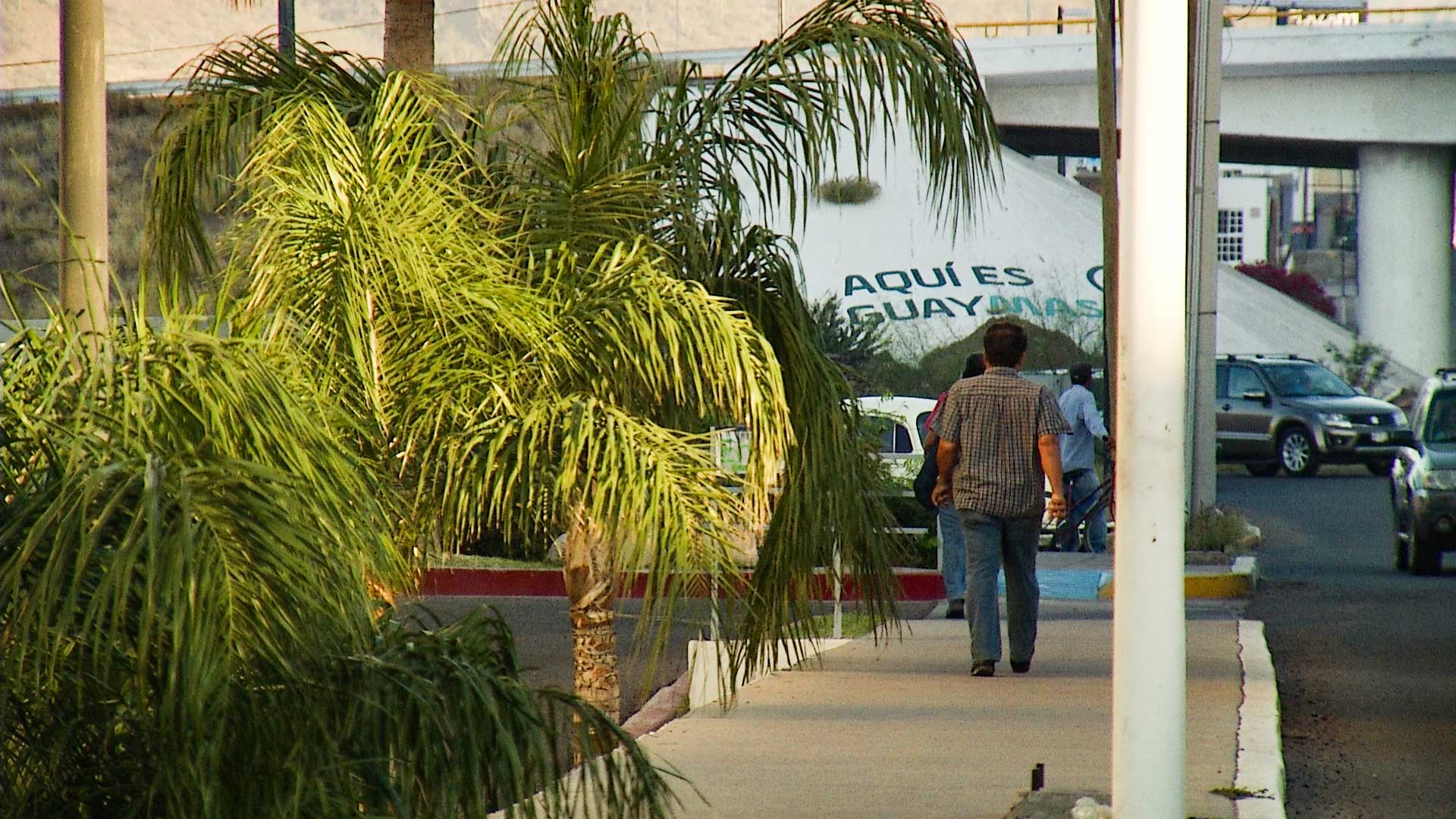 Cars pass as pedestrians walk down a sidewalk in Guaymas, Sonora, March 2017.
AZPM

HERMOSILLO, Mex. — Sonora had the eighth-highest murder rate of Mexico’s 32 states in August. Homicide has also risen sharply over the first eight months of the year compared to last year.

In a national address this week, Security Secretary Alfonso Durazo acknowledged the spike in violent crime.

“We are working with state authorities, and we hope to soon reduce the spike in violence that has been seen in the state,” the Sonora native said.

In the Empalme and Guaymas area, near the popular beach resort of San Carlos, Durazo said police forces will be put under a single military command. That will help purge police officers with suspected links to organized crime.

Nearly 2,000 members of the newly created National Guard were sent to the state over the summer.

Asked what was being done to address the violence against women, children and families in the state, Marine Secretary Admiral Jose Rafael Ojeda Duran said that “in many attacks where families, children, wives, siblings, etc. have suffered, it’s part of organized crime, that they attack each other, they affect their families.”

He went on to say that “if a cartel feels impacted by another cartel, trying to keep them from killing each other, it’s extremely difficult.”

'The time is here': Rocky Point opening beaches COVID-19 cases In Sonoran capital expected to peak soon Mexico seeks to ensure access to COVID-19 treatment, vaccines
By posting comments, you agree to our
AZPM encourages comments, but comments that contain profanity, unrelated information, threats, libel, defamatory statements, obscenities, pornography or that violate the law are not allowed. Comments that promote commercial products or services are not allowed. Comments in violation of this policy will be removed. Continued posting of comments that violate this policy will result in the commenter being banned from the site.