The former Bolivian president said the Mexican government had saved him by granting asylum and refuge. by Jorge Valencia, Fronteras Desk Tweet 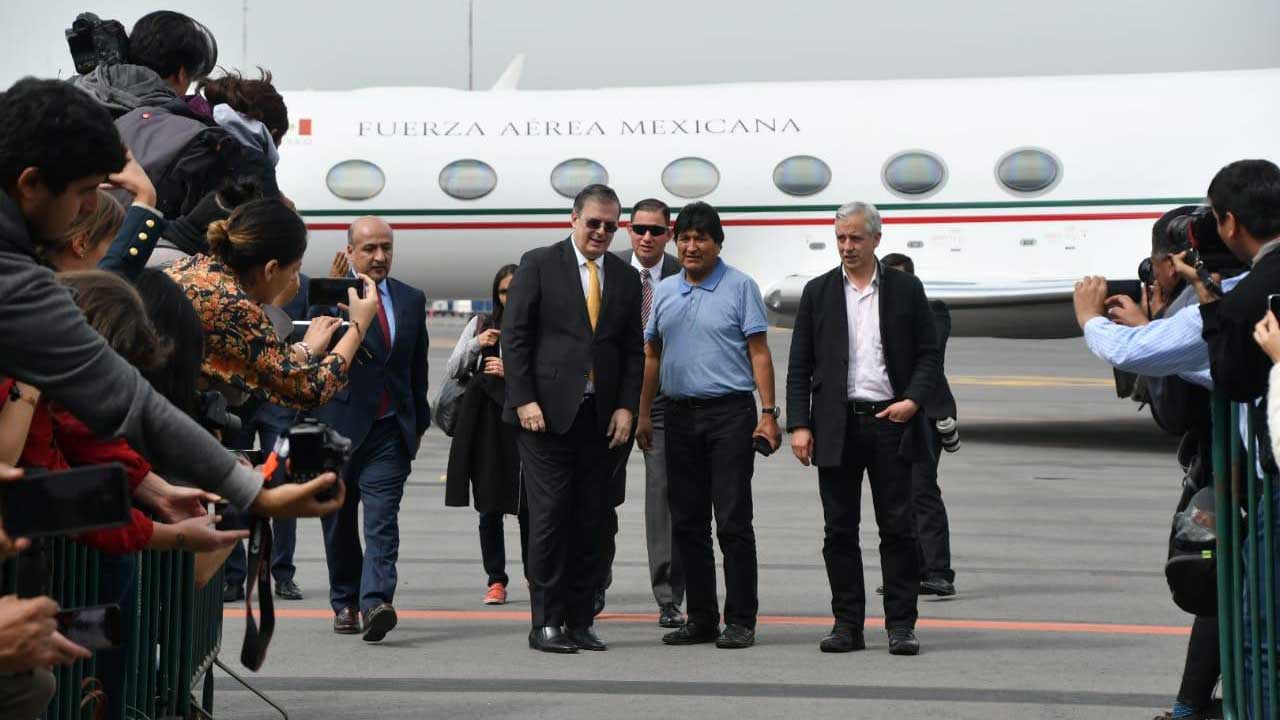 Former Bolivian President Evo Morales, who resigned over the weekend amid pressure from the military and civilian protesters, arrived in Mexico on Tuesday morning, thanking the Mexican government for saving his life and vowing to return to Bolivia.

Morales, wearing a wrinkled polo shirt after a circuitous overnight flight, told reporters at the Mexico City airport that his home had been raided and the Mexican government had saved him in granting him asylum and refuge. He and his former vice president and health minister, who’d also resigned, were welcomed on the airport landing strip by Foreign Relations Secretary Marcelo Ebrard.

The Mexican government went to great lengths to extract Morales from Bolivia after his resignation on Sunday. A Mexican Air Force plane flew through Paraguay, Brazil and Ecuador to reach international waters in the Atlantic and eventually the Atlantic. After the plane had picked up Morales in Bolivia, it had been denied passage through Bolivia and Peru.

“The president and the people of Mexico welcome you,” Ebrard told Morales in front of reporters at the airport.

State judge will decide if voters can repeal new 'flat tax' After Prop. 207, some find expungement process in Pima County slower 'than anyone would like' Fired Senate staffer awarded millions in discrimination suit
By posting comments, you agree to our
AZPM encourages comments, but comments that contain profanity, unrelated information, threats, libel, defamatory statements, obscenities, pornography or that violate the law are not allowed. Comments that promote commercial products or services are not allowed. Comments in violation of this policy will be removed. Continued posting of comments that violate this policy will result in the commenter being banned from the site.